10 Best Online Translators You Can Use to Interpret Any Language 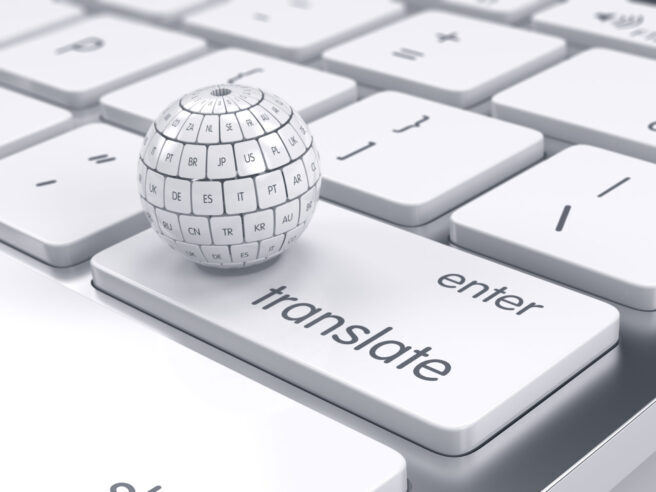 When you need to interpret a word or a sentence from one language to another, you most likely consult a buddy or a foreign language dictionary for assistance.

While internet translators are not a substitute for professional human translators, they can be useful in certain instances, such as when a word or section of text on a document or image is written in a foreign language and you want to know what it means. These methods aren’t as dependable, which is especially true if you’re trying to learn a new language, in which case you might choose to use a language learning app. If you need a speedy translation, the top online translators listed below will be able to help you out.

Google Translate is perhaps the most well-known free online translator for converting single words or phrases into another language. It is available in many languages. When you type in a text, a web page, or a document into the input box, it recognizes the language you are speaking and quickly converts it to a language you can read and comprehend in the output box.

If you need to communicate with someone who does not speak your native language, you can use Google Translate to input what you want to say and it will display the translated text to the other person on the other end of the line. You can also have the translation read back to you in the translated language, which is useful when learning a new language or communicating with someone who does not understand your native language.

On top of that, it gives a dictionary-like approach to language learning by providing definitions of the words, translation information, and examples of phrases or sentences in the target language. If you require additional assistance, you can reach out to the Translate Community, which will provide you with confirmed translations for your language.

For those who need assistance with translating a large quantity of text or an entire web page, Google Translate is a great tool to have on hand. It also gives simple translations that are good enough for readers who are unfamiliar with other languages to quickly grasp what is being said, as well as the ability to copy, distribute, listen to, and save the translated text in various formats.

However, it is not recommended for translating professional documents, extremely sensitive information containing personal data, or huge translation projects, particularly for organizations that must preserve their brand values, integrity, and customer data. Moreover, it does not tailor the translation to meet specific business requirements, which may result in inaccurate or absurd output, which may have major legal and financial ramifications for enterprises.

It also automatically recognizes and translates whatever text you enter into the input box, which is especially useful if you are unsure of the language in which the information is written, into a language you can comprehend. If you have your microphone turned on, you may speak the word, phrase, or sentence you want to be translated and hear the translation read out. You can then copy and share the translation or use Bing to search the internet.

This is another free online translator that you can use to translate words, phrases, sentences, and even entire documents into a variety of languages across 12 different languages. It employs the insights learned from machine learning to translate text more quickly, more precisely, and with greater nuance than any other online translator available.

Besides translation, Deepl Translate provides definitions and choices for automatic sentence completion, as well as the ability to copy, share, or even save the translation as a text file. Simply double-click on a word to bring up a dropdown box with further alternatives and meanings, as well as samples of how the word is used in both the input and output languages if you wish to learn more about it.

It is not as simple to use as the other three options on this list since you must first press Translate before the translation will appear in the output box on the screen. But you have the option of hearing or copying the translation as well as downloading.

You can also use the voice translator to read text aloud, convert a word, phrase, sentence, or other pieces of text to speech, and look up the meanings of terms by searching the online dictionary database. If you require assistance with professional translation, you can submit an online request for a quote and receive a quote for the service depending on your requirements.

It is possible to switch between multiple languages while translating an image that has been uploaded. This is done without having to re-upload the image. There is also voice input and output capabilities for up to 10,000 characters. It also includes predictive typing, a dictionary with transcription, pronunciation, and examples of how to use a word or phrase, as well as suggestions for fixing incorrect translations.

Babylon Online Translator is a free service that allows you to translate texts from one language to another. In the field of dictionaries, lexicons, and thesauri, Babylon is a major provider of language solutions with nearly two decades of experience in the sector. Its online translator provides an all-in-one platform from which you may translate single words, complete sentences, as well as find antonyms and synonyms for the words you are translating.

The nice feature about this online translator is that you can download it to your computer and use it with the papers you’d like to have translated. If you require a professional translator, simply select Human Translation from the drop-down menu on the Babylon online translator and you will be provided with all of the necessary information.

Reverso is a simple web translator that automatically translates between languages without the need to press a button. It also conjugates verbs in 13 other languages in all modes and tenses.

You can also develop your spoken language abilities by listening to native speakers say the texts and copying, printing, or using the translations in your daily activities.

This online translation instantly translates text entered in the box into slang or correct English, thus it’s more of a fun translator than a functional translator. It only translates popular online slang to English; if you want slang in a foreign language translated into a language you can understand, you’ll have to use Google Translate.

If you’re unfamiliar with some online jargon, you can use it to figure out what the younger people in your house or business are talking about. It also allows you to make your translator, add translation rules, and use or share it on your website.

Torjoman is an online translator that offers fast turnarounds, document translation services & the highest-quality translations in over 120 languages. They layer quality assurance (QA) procedures throughout their work and offer first-rate services across their translation company by working to ISO 17100 standards. From proofreading to QA procedures, they use the latest QA tools to make sure their work is of the highest quality, for small and large projects alike.

PROMT is a free online translator that identifies languages and selects subjects for translation automatically. With neural, analytical, statistical, and hybrid translation methods, it can translate up to 20 languages.

You can acquire a casual translation of single phrases, words, idioms, and entire texts, as well as applicable topics like personal letters or love and dating.

An online dictionary with search, pronunciation, and transcription is accessible. There’s also a Word Forms area with all verb tenses in English, French, Spanish, German, and Russian, as well as a Settings section with samples of sentences or words in various contexts.

All of these online translators have similar sets of features, but some have a few unique features that help with communication.   Try each one and decide which one is the best online translation service for your needs.

Changing to a Healthy Lifestyle

SQM Club: Why It is Popular Nowadays – Facts and Figures 2023

Top tips to pass life in the UK Test