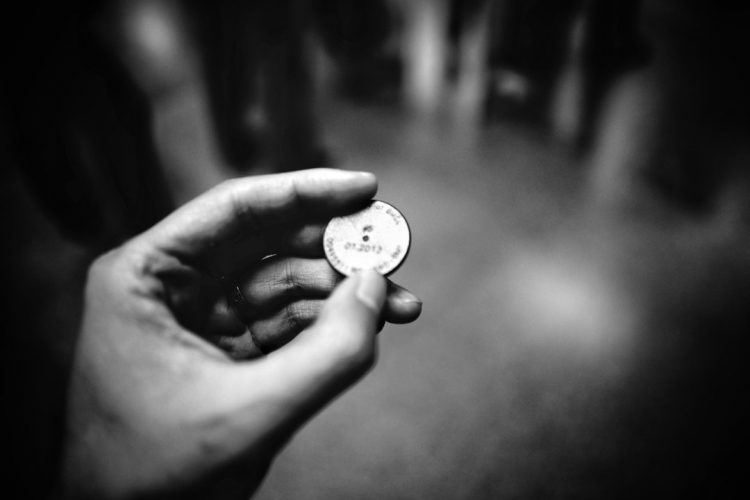 It is said that the origins of challenge coins may be traced back to a World War I elite aviation unit.

Although they were only used sparingly at the time, the notion gained traction during the Vietnam War. A lot of people still want to wear challenge coins nowadays. Other groups also distribute challenge coins, which are often connected with the military.

If you were to look at a challenge coin from the outside, you could think it’s nothing more than a nice trinket. Aside from the fact that they’re highly sought-after collectibles, these coins are part of cultural practice. Challenge coins are a sign of belonging to a special group, and they follow a set of regulations.

Keep on reading for our full breakdown of the three types of custom challenge coins that are quite popular in 2022.

We call coins with an organization’s symbol or emblem challenge coins. To make each coin distinctive, they are normally spherical and painted with enamel paint.

In the military, members have used them as a symbol of rank and status, and they get exchanged as a reward for outstanding achievements. A great example would be the marine corps challenge coins.

Each coin has its own set of advantages, such as first dibs on food or privileged seats at major events.

However, in recent years, this practice has grown beyond merely active duty military personnel. It now includes law enforcement officials and firemen. Also, school alumni groups and clubs or organizations of all sizes and shapes use them. While there are a few rules to follow, the design of the coin is typically unrestricted.

How Do I Obtain a Custom Challenge Coin?

A challenge coin may be obtained in a variety of ways. As a result, the most typical method of obtaining one is to undergo some kind of difficulty or adversity.

It’s a way to connect with others who’ve earned the same currency. It serves as a reminder to the group of the hardships they had to overcome in order to achieve their goals. If you’re a member of the military and have accomplished something noteworthy, you may be eligible to receive a challenge coin.

While it’s simple to purchase challenge coins online, the actual difficulty is to earn them. It’s getting them as a reward for something you accomplished that’s meaningful. In most cases, you’ll attend a private or public ceremony to mark the occasion.

Challenge coins may have originated in ancient civilizations, such as Rome. Warriors received tokens after grueling combat. However, there is no evidence to support this theory.

Allegedly, in World War I, when the allied forces would hand out bronze medallions to their men, are the origin of challenge coins. By showing the allied forces his medal, a soldier who had been mistaken for an enemy spy by the Germans evaded death.

Is There a “Challenge” Side to the Coin?

While the coins have been around for a long time, the “challenge” aspect of the coins was first introduced in Germany after World War II.

“Pfenning checks” were performed on American service members stationed in Germany. To avoid having to pay for the round of drinks, soldiers needed to display a Pfenning when a commanding officer called the check. That developed into displaying off your medallions and badges.

Any member of the group who was unable to produce his or her medallion needed to purchase a drink for the person who challenged them. In some cases, to all other coin-presented challengers as well. But if everyone had their currency on the initial challenger, he or she would pay for the full round of beverages himself.

The Types of Custom Challenge Coins

Custom commemorative coins are similar to challenge coins in that they may be personalized.

But it’s not only about commemorating the sacrifices of military personnel or first responders. Many organizations choose to honor the extraordinary moments, successes, and milestones of their own employees and members as a whole.

As a result, a wide range of organizations, including educational institutions, museums, non-profits, and corporations, often issue commemorative coins in honor of their colleagues.

The many varieties of commemorative custom coins need a closer examination.

There are a variety of business reasons for minting personalized coins, and none of them are as costly or time-consuming as you would expect. Companies with little resources may nonetheless create high-quality coins thanks to the use of sheet metal or PVC as the basic material.

On the other hand, certain Fortune 100 corporations may choose to manufacture their bespoke coins in 24k gold or.9999 silver, depending on their resources.

2. Coins for Universities and Colleges

Students, alumni, and the university body as a whole are sometimes honored with unique coins by universities or schools. It’s a great way to remind the recipient of their academic achievements, which in turn inspires a feeling of pride and self-confidence.

Consequently, custom coins are the ideal remembrance and source of inspiration for alumni, current students, faculty, visiting faculty, honorary graduates, and employees. In order to remember the many phases of one’s academic career, they are given to college members.

Custom commemorative coins, like challenge coins, are sometimes used to honor the camaraderie of a sports team in the same way.

Because participating in a sports event is just as important as victory, personalized coins are a great way to honor those who have excelled on the field as well as those who have taken part in it.

It is because of this that bespoke sports coins serve as a unique and lasting remembrance of an athlete’s career. For generations to come, they may be handed down from generation to generation, even inspiring grandkids to follow in their footsteps on the sports field. Athletes, teams, supporters, and athletic accomplishments and events may all be honored with a personalized sports coin.

To commemorate significant events or achievements, challenge coins are a great option. It doesn’t have to be limited to time serving in the military, it can be used to commemorate a special event as well.

Hopefully, our little guide has shed some light on the three common ways you can use challenge coins. Next, you’ll want to check out our lifestyle section for more tips and other sources of inspiration.