The 5 Most Crypto-Friendly Countries for Bitcoin Investors 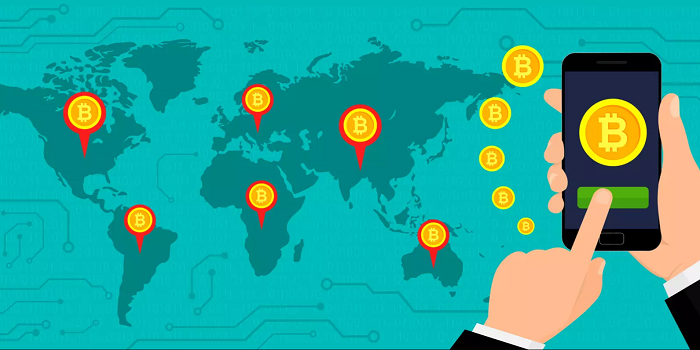 Participating in cryptocurrency requires subjection to different regulations, depending on the country’s stance on digital assets. While some countries have made cryptocurrency illegal, others have embraced the digital currency’s possible implications on their society. As a result, more and more countries are taking a friendly approach towards cryptocurrencies, whether by the degree they regulate cryptocurrencies or the lack of taxes applied to them.

Below we list five of the most crypto-friendly countries for bitcoin investors.

First on the list is Germany. Germany currently considers cryptocurrency as “private money.” Therefore, digital currencies aren’t considered legal tender. However, the law instead favours investors who have bought and are planning to hold the digital currency. Residents who choose to hold their digital currency for more than a year are not required to pay any taxes on their gains. That said, on investments that are bought and sold within the year, capital gains taxes will apply. For these reasons, many investors have opted to buy bitcoin in Germany.

It is important to note, Germany does require any corporations in the country to pay capital gains taxes.

The small Mediterranean island of Malta also continues to be on the radar of cryptocurrency investors as the “Blockchain Island.” Many investors and businesses have determined cryptocurrency-friendliness by the number of cryptocurrency exchanges and other blockchain projects that operate within the country’s borders. Although the local banks are not supportive of these regulations, the government in Malta has set a framework for companies and startups that work with the technology behind digital currencies. These reasons are likely why Binance moved to Malta after the tightening of restrictions in Hong Kong.

Furthermore, in early 2019, the Prime Minister of Malta, Joseph Muscat, announced that blockchain laws and regulations would be put in place to help businesses and individual inventors trade digital currencies without worrying about government penalization.

Additionally, many bitcoin gambling casinos are already operating in this country’s borders.

Another country worth noting is Singapore, which is already known for having one of the most stable and well-developed economies in the world and one of the best for doing business. As a result, the country’s central bank has taken on the view that some monitoring is needed, although this will never conflict with opportunities for innovation.

Additionally, cryptocurrencies are also exempt from capital gains taxes in the country. Instead, the government views cryptocurrency as intangible property. These regulations are applicable for individual investors and businesses that conduct trading, although any profits made by the business will be subject to normal income tax rules in the area.

In Switzerland, the city of Zug has since become known as the “Crypto Valley.” Here, many blockchain firms and other businesses have flocked to this area, along with crypto investors who want to minimize their taxes. If that wasn’t convincing enough, back in 2016, Zug became the first country in the world to accept Bitcoin payments.

Switzerland has since taken a very positive stance on the view of bitcoin, stating, the digital currency is not illegal and does not prove to be a threat to the country’s economy or any related currency systems. The country has since provided a 100% tax exemption on profits from security sales to further attract blockchain startups and other cryptocurrency businesses.

Those interested in cryptocurrency mining can also take advantage of the country’s free electricity as a part of an initiative to encourage mining operations.

Back in the 1990s, the country underwent a period of hyperinflation, driving it nearly to bankruptcy and leaving the citizens of Portugal in despair. In contrast, today’s digital currencies have allowed Portugal to stabilize its system of currency.

Now Portugal has known for its innovative stance on blockchain technology and friendly taxation.

The government requires a qualifying investment (such as real estate) for those who want to experience the same tax treatment for cryptocurrency transactions. These investments may be anywhere from 350,000 euros under the European Golden Visa program or up to 500,000 or more. Under the NHR program, investors that meet a series of requirements can get additional tax breaks. These requirements are:

With many countries taking the lead in making crypto-friendly regulations, many believe it is only a matter of time before the rest of the world will follow.