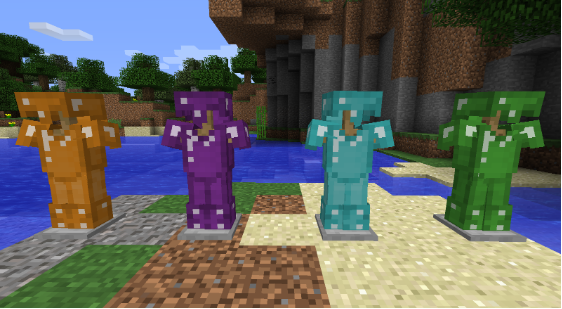 It may seem unbelievable to read, but yes, in 2020, we are still playing Minecraft! And for a good reason. This block-building game has turned into something bigger than itself. All the rage for the past few years with the game is modding. And if you still have not tried it, then it’s high time that you do. In this article, we’ve collated some of the best mods you can play right now!

The Aether II is the sequel to the highly successful first version. In this iteration, you get to have better graphics, more quests, and more adventure. For Minecraft players, The Aether II is an exceptional mod to play when you’ve been in the Nether for quite some time. This heavenly realm lets you explore worlds and cities which have a utopian feel to it. Suffice it to say, it is the opposite of hell, which the Nether mod.

How to install Minecraft mods in the first place, you may ask? Well, that’s a simple process to do. Most devices that can run Minecraft are automatically eligible for modding. You just have to set up some software first, and then when that’s done, you’re good to go. Pro tip: Get your mods from Curse Forge, as it’s still the best site to download mods from. It’s owned by Twitch so there’s a system in place for new mods to be certified and beta-tested.

Natura makes your entire Minecraft setup better to make potions to help you win PvP giving you exclusive vegetables, and crops, which are important in foundation building. It adds to your food and resource production, and in some cases, it also makes the Nether more dangerous to navigate. Another great benefit from this mod is that it gives your house aesthetically-pleasing trees and other plants. Now you can build the perfect hacienda of your dreams!

New Minecraft players will focus on building their worlds first. But when you’re building for quite some time now, it can be a tedious job always to do it. Mystcraft lets you explore other worlds without having to stop progress on your world. How this mod lets that happen is by making you build “Linking Books” so that you can easily access other worlds.

Fair warning, the book solely decides the trajectory of what worlds you will discover. There’s no telling where and what worlds you will be transported to. But that’s the beauty in this mod. If you want to explore worlds and kill time, this is the perfect install for you! Plus, there’s a community Discord so you can get the latest updates and exclusive features.

One of the more exciting mods in recent memory is Jurrasicraft. It is not only a world where you can spend lots of time in, but it’s also the perfect escape to the era where dinosaurs exist! The mod lets you excavate DNA from another time, and build several dinosaur species! Of course, fossils and amber are precious commodities here.

An exceptional feature of the mod is it has several vehicles that you can utilize to get around the world. Plus, if you’re particularly savvy in finding those fossils, you can build prehistoric plants as well. Like any building and exploration mod out there, be wary of the animals and plants you are restoring because they’re prone to misbehaving.

A fairly innocuous mod, this utility mod is an important tool to have in any of your worlds. It lets you cross two mountains without trudging down and up again to see what’s on the other peak. Although some purists frown on it, for most players who want to make everything quicker, this is perfect!

A dystopian world, The Lost Cities is an excellent exploration mod where you find exactly what happened after the world ended. Your sole purpose for this mod is to survive the post-apocalyptic wasteland. Make this happen by having the right tools to survive, building them if you can’t access the resources, and escaping death. Oh, and did we mention? It can interlink to Biomes of Plenty mod, so you can get any resource you need.

Trust us when we say the Minecraft modding makes the game ten times better. That’s just facts. So if you’re still stuck in the standard Minecraft building phase, it’s the perfect time to get automation mods and start to explore other worlds.