7 Native American Charities You Should Know 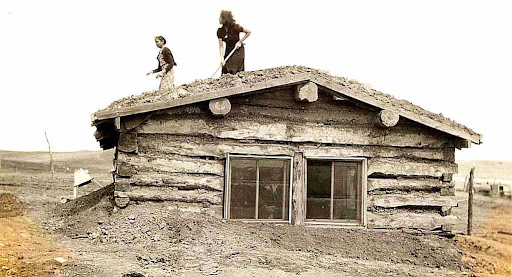 The act of caring for all Native American tribal members — both young and old — and extending charity to our most vulnerable has always been part of who we are. In today’s chaotic political and social climate, getting involved in a worthy cause has never been more important.

Yet, there’s a misconception that charitable giving requires large sums of money to really change anything. That couldn’t be further from the truth. For instance, imagine if 10,000 people each donated just $10. Collectively, they’d raise over $100,000, which could make a world of difference for many people in need.

Of course, giving doesn’t always have to be strictly confined to monetary donations. You can volunteer your time in a shelter to feed tribal members or you can donate clothes to neighbors and children in need. However, if you do decide to donate money — remember that all donations are tax-deductible.

Without further ado, here are seven Native American charities that can assist tribal members in need.

Many Native American families suffer from food insecurity and hunger on a daily basis. In fact, two of the poorest counties in America are on the Crow Creek and Pine Ridge reservations in South Dakota. NAHA is committed to fighting hunger in the most vulnerable communities. NAHA’s trucks leave their office every day with loads of nutritious food to be delivered to Crow Creek, Lower Brule, Pine Ridge, Cheyenne River and Rosebud Reservations.

Navajo Indians are 67 times more likely than other Americans to live without running water or a toilet. That’s an inequitable outcome, to put it mildly. The Navajo Water Project is partnered with the St. Bonaventure Indian Mission, which provides tuition-free schooling and essential services to thousands of Navajo (Diné) around Thoreau, New Mexico. The 501(c)3 charity is one of the biggest employers in the region and almost completely Native run. St. Bonaventure, in partnership with the local community, will fund and maintain water delivery when the project is complete.

The Adopt-A-Native-Elder Program started through the efforts of Linda Myers of Park City, Utah, and Grace Smith Yellowhammer, a traditional Diné woman. In the late 1980s, Linda, an artist, was very moved by a Rug Show displaying the Navajo weavings of the Elders of Northern Arizona. Touched by the stories of the Diné people, as told by Grace and Rose Hulligan during that Rug Show, Linda soon became very involved in gathering donated food, clothing and simple medicines. She even started driving to the reservation in Northern Arizona to deliver them to elders living traditionally on the land.

White Bison, Inc., is an American Indian nonprofit charitable organization operating under the provisions of 501(c)3 of the Internal Revenue Code and is based in Colorado Springs, Colorado. Through White Bison, its Founder and President, Don Coyhis (Mohican Nation) has offered healing resources to Native America since 1988. White Bison offers sobriety, recovery, addiction prevention services, and wellness learning resources to the Native American community nationwide. Many non-Native people also use White Bison’s healing resource products, attend its learning circles, and volunteer their services.

Missing & Murdered Indigenous Women, or MMIW, focuses on bringing the missing home and helping families of the murdered navigate the process of grief. MMIW’s broader goal is to eradicate this problem so that future generations thrive and can live safe, fulfilling lives. One way they’re working toward that is through a monthly program called Staying Sacred, in which they offer self-defense lessons at every meeting. Staffers at MMIW understand firsthand the importance of this work, given that each of them has personally survived assault or trafficking. In that spirit, MMIW strives to be the kind of organization that they themselves needed growing up.

Protecting our sacred water resources is vital not just for our generation, but for the generations to come. The Enbridge pipelines ships crude oil from Alberta to Superior, Wisconsin. It spans northern Minnesota crossing Leech Lake and Fond du Lac reservations and the 1842, 1854, and 1855 treaty areas. Help is needed in various capacities including donations, making phone calls to local and state authorities, and protesting in various sites.

Remember, the mission of many charities is to enhance the quality of life for those in great need. Helping others will not only empower yourself but create bonds with other members of the community, provide leadership where it may be lacking, increase cultural identity, and provide hope.