7 Signs That You Crushed Your Job Interview

Wondering if you did good or bad in your job interview? We know that feeling, which is why we created this list of signs that you crushed your interview.

Most people will agree that job interviews are super stressful. No matter how great your resume is or how prepared you may be, there’s simply no way to know how an interview went until you actually get the offer.

Interviewers and hiring managers aren’t likely to come right out and say you’re exactly the candidate we’ve been searching for! You’re perfect for this job!

But sometimes, they do or say things to indicate that’s exactly what they’re thinking.

Ready to learn what they are?

Here are seven signs that you crushed your job interview.

1. Your Interview Is Long

The longer the interview takes, the better.

If an interviewer doesn’t think you’re a good fit for the job, they’ll probably rush through the standard questions and get you in and out quickly. After all, there’s no point in wasting their time on a candidate they don’t intend to hire.

It’s a good sign when the interview turns casual and friendly or veers into topics outside the standard interview questions. That’s an indication that they do think you’re a good fit for the job and they want to get to know your personality a little bit better.

When you set up the interview, ask how much time you can expect it to take. That way, you’ll have an idea beforehand and be able to gauge if they’re cutting it short or letting it run longer than anticipated.

2. You Get an Office Tour

There’s not an interviewer on the planet who will waste their time showing you around the office if they don’t at least think you’re a viable candidate.

An office tour is a major sign that they think you could be an asset to the team. If they start pointing out the company gym or the kitchen full of free drinks and snacks, you can be sure that they’re trying to sell you on the company.

Pay close attention to the perks they mention. If they start talking about the free Friday lunches or the company picnics and retreats, you know the interview went well.

When you start meeting other coworkers or people in management positions, you can be sure that they’re considering offering you for the job. The more people they introduce you to, the better.

Take notice of who they introduce you to and how they introduce you. If your interviewer says something like, “You’ll be working with John on client outreach,” or “This is Allison, she’ll be your go-to for tech support,” you’ll know that you’re at least in the running.

4. You Set Up a Second Interview on the Spot

Depending on the company, it may not be feasible to introduce you to more people on the day of your interview. Some companies will require you to come back for a second or even a third interview where you’ll have a chance to meet and impress additional people.

If your interviewer asks you to set up a second interview on the spot, congratulations! That means you’ve done a good enough job at answering their questions that they think it’s worth bringing you back for round two.

5. Your Interviewer Gives You a Timeline for Next Steps

Your interviewer will likely ask you lots of questions during the interview process, but there’s one question that is a clear indicator they’re interested in you:

When can you start?

If they lay out a timeline and start talking about next steps, that’s another good sign. They may provide you with details about how the entire interview process works. They may even give you some insight into who you’ll meet with next or how close they are to making a final decision.

They aren’t likely to do this if they have no intention of calling you back or adding you to the team.

6. Your Interview Brings Up Salary and Benefits

Interviewers will never bring up salary or benefits unless they’re serious about hiring you. There’s simply no point in disclosing this information to someone who isn’t going to get the job.

Just like giving you an office tour and pointing out some of the perks, the salary and benefits discussion is yet another way to sell you on the company.

Here’s what you need to remember:

As badly as you may want to be hired, the company may also be chomping at the bit to hire you! Talking salary and benefits is the best way to get a good candidate even more excited about the opportunity.

7. Your Thank-You Email Gets an Immediate Response

No matter how good or bad an interview goes, it’s important to follow through and send a thank-you email when the interview is over. If you’re a great candidate and you fail to do so, you could take yourself completely out of the running.

But it’s the response your thank-you email gets that will be the true indicator of how well the interview went.

Some interviewers don’t respond to thank-you emails at all. Some may respond several days later. If your thank-you email gets an immediate response, you know you aced the interview! It doesn’t necessarily mean you’re a shoo-in for the job, but it usually indicates that you’re still in the running.

The only way you’ll really know if you crushed your interview is if you get the job offer. But there are some signs to look for that will make it clear that you at least did well enough to make yourself one of their top choices.

So the next time you interview for a new job, pay close attention to what the interviewer does and says, as well as what they don’t do and don’t say. It’s usually pretty obvious when an interview doesn’t go well, but by knowing these telltale signs, you can also know when you aced it.

Caitlin Sinclair is the property manager at The Charlie, an apartment community in Santa Ana, CA. 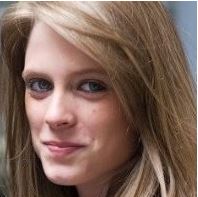 7 Things To Look Out For In Air Conditioning Repairs

How to Handle Your PDFs: Use These 3 GogoPDF Features

Give Yourself The Gift Of Health This Holiday Season

Get the Best Birdwatching Spotting Scope

What you Want to know about Twitch

Know Critical Facts about the IDV of your Two-Wheeler Insurance

Why We Need to Use Windows VPS Hosting?

Ways to Entertain Yourself During COVID-19 Isolation

How to Care of Your Dental Prosthesis: 5 Helpful Tips

At-Fault States: Where They Are and What It Means for You

Electrolysis vs Laser Hair Removal and other questions