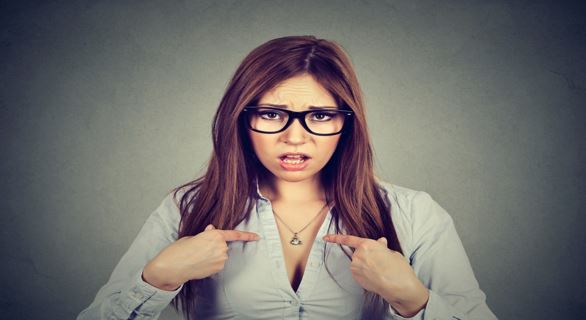 You were in the wrong place at the wrong time and someone thought they saw you do it. But, there’s no way you would ever have stolen someone’s wallet!

Even if you did nothing wrong, you could still take the fall! Studies found that American courts convicted 1% of prison inmates for crimes they did not commit.

But what can you do if someone accuses you of committing a crime? Keep reading to learn everything you need to know if you find yourself charged with a crime and you had nothing to do with it!

Ok, so the police charged you with a crime that you did not commit. Now what? What can you do to help get your case dismissed ASAP?

Here are some things you can do to increase your chances of a positive resolution of your case.

One of the first things you should do is to look up the charge. Learn what that charge means and what they say you did.

Also, make sure to find out what penalties you could face if you get convicted. Penalties can change from one area of the country to the other. So, be sure to look at the laws in the area where the crime occurred.

The fees and charges stack up fast when you’re fighting a criminal accusation. Some of the fees you could see on your bill are attorney fees, investigation related costs, and expert witness fees. Your best bet is to find a criminal defense lawyer that gives you an honest rundown of the fees right away!

Once your charges get dropped, you can try to recover any money you spent on your defense. Make sure you keep any information you think might help with this situation.

Get All the Documents and Evidence

When you’re a suspect in a criminal case, the authorities will give you copies of any evidence related to the case. Make sure you keep any and all documents and evidence relating to your case. You never know which document could set you free!

Get a Lawyer While You’re Still a Suspect

A common mistake people make is not hiring a lawyer before the police charge you with a crime! If you let the lawyer get a head start on preparing for your order, they will have more ammunition to use in your defense.

As soon as you’re notified that you’re a suspect, start calling around and deciding which attorney to hire!

In some cases, your lawyer will tell you to do nothing. It’s rare, but if they think the charges will drop or that new evidence will clear your name, your lawyer could tell you to wait it out.

Not only did the investigation team do their job, but the attorneys on both sides need to carry out their own investigations too. If any discrepancies exist, then your lawyer can use those errors to get the charges out.

Along with gathering evidence and documents that prove your innocence, you’ll also want to have your lawyer contact any witnesses to hear their side of the story from the witness themselves.

Do not contact the witnesses on your own. Even calling to see if they can tell you what they saw could result in charges of evidence tampering. It’s best to let your lawyer handle any communications like this!

The Power of the Plea Bargain

Yes, you know that you’re innocent, but the evidence and the cards have stacked against you! It’s not ideal, but you may need to request a plea bargain.

A plea bargain is an agreement that allows you to accept guilt on a lesser charge in return for a lighter sentence than what you would get with the more serious charge. Your lawyer will let you know if this is a good idea in your situation.

Things You Should Avoid if You’re Fighting a False Accusation

Your behavior can hurt your chances in court if you do the wrong thing. These are some things to avoid when trying to get a charge dismissed.

If you’re at all in doubt, stay silent until you can speak to your lawyer. It’s better to say nothing at all rather than something they could use against you in court.

Justice Isn’t Blind, but Sometimes You Need To Help Uncover the Truth

Most of the time, evidence shows the court what events unfolded at the time of the crime. If the investigation team did their job well, the evidence should speak for itself.

But, in some cases, certain evidence could make it look like you did something you did not. In those cases, you need to know how to defend yourself so you can get off the hook!

We hope you enjoyed reading this article and that you learned about what to do (and not do) if someone accuses you of committing a crime in error. If you’re looking for more articles about lifestyles, news, entertainment, and more, check out the rest of our blog today!