A Boom in Gaming Industry Due to COVID-19 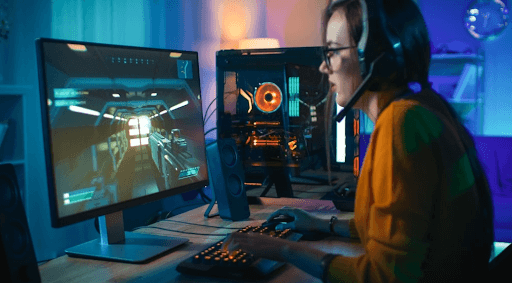 Due to the global pandemic, many industries are badly affected financially. But do you know which industry kept on growing in such an unprecedented time? It is the gaming industry. This industry keeps on evolving with every new game release. You will be surprised to know that in the last three years, according to Accenture, the worth of the global gaming industry exceeded €250 billion. Therefore, if you are a game developer and want to release your games in foreign countries, then it is a golden opportunity for you. People tend to download games that are in their native language. Therefore, to attract the masses, you must go for gaming translation services.

How the Gaming Industry Flourished during the Pandemic

Because of the pandemic, People are not allowed to go out. They were confined to their homes to mitigate the spread of this lethal virus. The governments of many countries have levied smart lockdowns and global organizations have asked their employees to work from home. During the pandemic, digitalization has made the survival of the people easy. People are restricted to their homes.

However, they can shop for the necessities of life from different e-commerce sites. In that period of turmoil, the only entertainment for people is watching TV or to play games. To your surprise, even the World Health Organization also asks people to stay at home to prevent the spread of the pandemic.

The Use of Games during Pandemic in China

The pandemic started in China. During the peak lockdown period, 30% of Chinese consumers spend more time on mobile phones as compared to previous years. People are restricted at home. Therefore to engage and socialize with people, they took great advantage of social media. Additionally, they use video streaming platforms. One of the apps on which people spend most of their time is Douyin (aka TikTok).

To your surprise, the use of Douyin is at its peak during the pandemic and people spend more than 3 billion hours on this app. It was 130% more than the average of previous months. The more time people are spending at home resulted in developing their gaming habits.

Those games became popular that included social mechanics and allowed people to play games with each other. The high use of games is seen in the social/casino genre. It grew up to 56% during that time. Moreover, hyper-casual games also witness a great growth of up to 300%. Additionally, the use of hyper-casual games and mid-core games also increased up to 46% and 38% during the time of lockdown in China.

The people that understand business acumen took advantage of that time and they go for Chinese translation services so that more and more people can download their games and use them.

The Use of Games during Pandemic in Malaysia

Vase.ai surveyed Malaysia’s media consumption at the time of movement control order MCO. As per them, 51% of respondents aged from 25 to 29 years played video and online games at that time. If you are a game developer and want to release your game in Malaysia then for Malay translation services because people will opt to use and enjoy your game if it is in their native language.

Gaming Industry and the Pandemic

The video game industry has seen a tremendous boom as people are using gaming platforms to entertain themselves. It resulted in an increase of 75% during the peak hours. But on the other side, the supply chain of Nintendo Switch declined because of slow production in China. Moreover, it also resulted in a shortage of Valve Index, that is virtual handsets. Their production is affected by Covid-19.

With few challenges, the games at that period are released on time. One of the important game animal crossings: New Horizons has achieved a high number of sales. It took the people to the world of virtual life of tropical islands who are bored from lockdowns. People were seeking new forms of entertainment to lower down the stress of pandemics. This resulted in an increased sale of consoles. If we compare video game sales from the start of the pandemic, it shows that this industry has managed its growth by 44% even at an uncertain time.

Dealing with the Challenges

The Covid-19 has shift work from the office to work remotely. This has caused problems for many companies. Moreover the demand for games, gaming content has increased manifold. In this regard, many gaming companies faced a problem because their workforce was working from home and it is easy to develop a game with the collaboration of everyone in one place.

Sony’s highly awaited game like The Last of Us Part II was a game that was released with great delay. Moreover, other game developers can also surprise you with delays in game releases.