A Guide to Ergo Mining 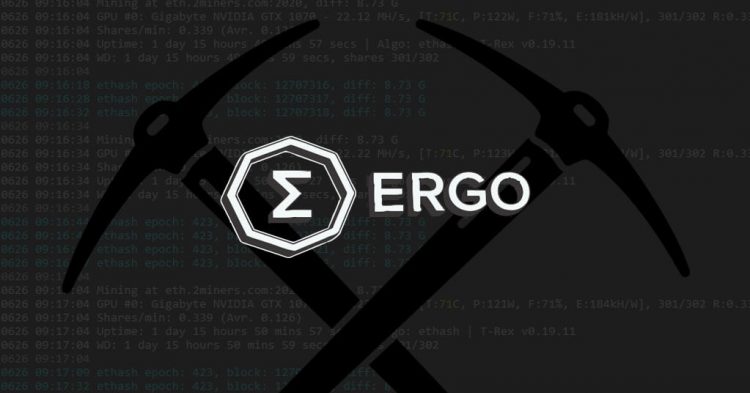 According to the company’s official website, Ergo markets itself as a “smart money” option. Ergo, as stated on their website, is built upon the strong groundwork of a decade of blockchain theory and development, which allows for cutting-edge cryptographic capabilities and completely novel DeFi functionality.

The authors list six primary features that set their concept apart in the cryptocurrency field. This includes things like a clear objective, widespread agreement, a low-overhead, low-cost, and widespread practicality.

The vision of Ergo Creators

The website states that the development of Ergo was spurred by the need to break the blockchain industry out of its rut. Therefore, developers have implemented several ready-to-use technical and economic innovations that enhance blockchain systems without diminishing their well-known benefits.

Ergo’s main goal is to make it easier and safer to use blockchain technology for financial contracts, which are the most common use case. On the foundational level of the Ergo protocol, there should be no bailouts, blacklists, or other forms of discrimination, in contrast to the conventional financial system.

Thus, they plan to develop a system conceptually comparable to Ethereum. It’s worth noting that Ergo operates on its blockchain.

The Proof-of-Work (PoW) consensus method forms the foundation of the Autolykos, Ergo consensus process. PoW was selected because of its extensive history of research and reliable security features.

To put it another way, Ergo is ready for anything the future may bring. There are several parameters that miners can alter via vote, like the maximum block size, the storage cost factor, and so on.

Ergo will use a soft-workability approach to its most fundamental overhauls. If the vast majority of users agree to implement a new function, it will be made available to them. Even if they vote down the new functionality, older nodes keep functioning normally. Ergo shouldn’t need hard forks because of this.

I find this aspect of the project to be the most intriguing. Ergo’s storage fee for obsolete money is what sets it apart. If a cryptocurrency is stored in a state for four years without being transferred, the miner is allowed to levy a tiny fee per every byte of cryptocurrency stored in the state.

It’s analogous to cloud storage services, where consumers pay to back up their data at an off-site location.

This provides Ergo with several benefits. Ergo mining is first and foremost always stable. However, since there is a limit of 21 million Bitcoins in circulation, miners will have to rely on transaction fees alone until all coins have been released. Therefore, Ergo miners will be able to supplement their income.

Second, Ergo miners’ hardware requirements are reduced because the growth of state size is now predictable and within their control. Last but not least, miners put coins that had been accidentally removed from circulation back into circulation by charging for the privilege of storing them in obsolete containers. This helps ensure that the supply doesn’t drop too low because keys are frequently misplaced.

The goal of the developers behind Ergo is to make their network the go-to spot for executing smart contracts. Due to Ergo’s script being Turing-complete, applications written in Ergo can do anything.

It has already been mentioned how liberal the requirements are for Ergo miners. Similar to the scenario with the popular Ravencoin, a video card with 3 GB of memory is sufficient for ERG mining. On average, a reward of 60 ERGO coins is given for each new block that is successfully generated.

Use the address of your Ergo wallet to begin mining. Then, get a miner (we advise lolMiner, nbminer, TeamRedMiner, or T-rex) and start generating some coins! All done! Now you can begin accumulating Ergo.