All The Benefits From Playing Family Board Games!

There Are More Positives To Board Games Than You May Know
What do Chess, Checkers, Shoots and Ladders, Candy Land, Risk, Monopoly, and DND all have in common? Certainly, they’re board games, but what else? Well, it might be helpful to look at some of the older games.

Chess was originally designed as a game of strategy to teach young royals about what it’s like to manage varying leaders in political and military exploits. Essentially, each piece on a chessboard represents some high-level figure in the kingdom of a royal person. Even pawns are more influential than the common man. They would be like platoons or troop divisions.

Chess was developed as a teaching tool so that royalty could model varying political moves. It’s sort of a playable metaphor for leadership. Similarly, other board games also teach valuable lessons that are hard to impart any other way. You can describe the lessons, but that only goes so far toward uninitiated learning what you mean.

With that in mind, we’ll briefly cover some of the key benefits family board games have for the developing minds of young children. You may be surprised at the sort of things that can be learned by playing a simple game.

Even in a two-player game like checkers or chess, players have to cooperate with the rules. There are only so many ways pieces can move, and players must wait for their opponents to do something before they can.

So cooperation becomes necessary, even if that cooperation is only with an opponent. As board games include more players, cooperation and even varying alliances become necessary.

To win at games like Risk, DND, or Monopoly, strategy becomes necessary. That requires a certain level of creativity. You’ve got to strategically develop solutions opponents won’t notice until they’ve been bested. Chess and checkers also have such qualities, though it can be a bit better for younger children to learn with games involving more than two people.

If you’ve got some children between the ages of 9 and 13, and they’re going to play a new game, they’ll have to read the instructions. That requires comprehension. If they really love the game, the chore of learning new rules is less insurmountable. Patience becomes necessary as players wait for opponents to take turns.

Also, the board must be set up, and every game has winners or losers. It requires patience to be a gracious winner or a good loser. Those who gloat or are sore losers will also learn a lesson; even if it is on the need for humility. So there’s quite a bit of opportunity for character development through board games—just be sure to chime in as a parent sometimes, if you’re not playing along. 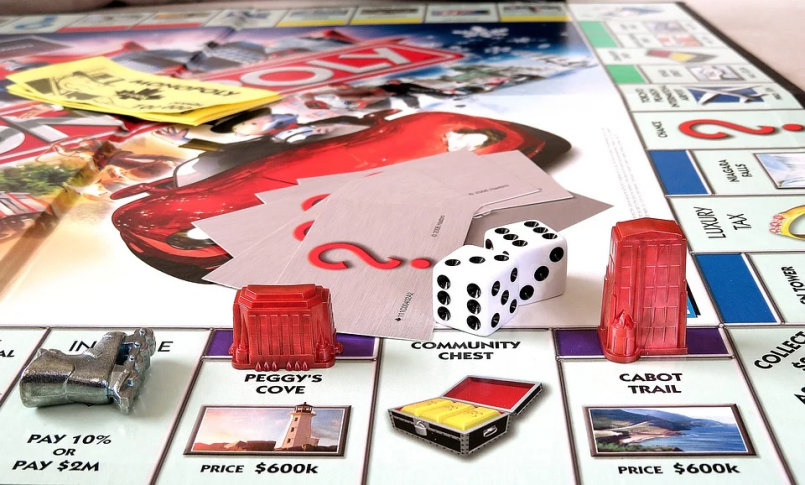 DND: Dress Up, Strategy, And Imagination

The whole family can really dive into the varying worlds available through DND. Keep in mind, there are multiple campaigns out there; it’s not all dungeons and dragons. There are space options, fantasy options, modern world options—the variations are almost endless.
People enjoy dressing up like they’re amid a sublime fantasy, though; that’s probably the most popular option. Even so, you can make up your own costumes, or go online and buy gear specifically designed for DND—the kids in the family will be quite excited, and you save money by following this link, where you can click to redeem coupons on DND costumes.

The end result is a very fun time for the family where imagination is stimulated, laughter can be wild, adventure creeps like smoke into the back of the mind, critical thinking becomes necessary, and everybody enjoys themselves. Your family can bond while learning; it’s a win-win all the way around.

Spicing Up Childhood Education With Board Games

Children learn how to exercise their imagination through board games. Simultaneously, they learn to develop effective strategies. They also have to learn patience. They may even learn collateral things like research. Chess requires individuals to follow up on varying strategy books, and these can be complex.
Similarly, DND has endless configurations. If your young one is to learn how the best Dungeon Masters (DMs) operate, they’re going to have to read up on varying strategies associated with presiding over the game. If they’re going to get good costumes, they’ve got to learn how to find them online.

These positive qualities represent the tip of the iceberg as regards board game benefits. What has been noted here are like the primary points on a compass. There are endless directions you can go, but four main ones. Well, imagination, patience, critical thinking, cooperation, strategy—these are the key benefits of board games.

What to Expect During the Divorce Process

Smart Ways to Save Money with Efficient Tax Planning

TRENDING IT PRODUCTS TO SELL 2020

How to find a good seo company

Folexin: A Closer Look At Its Formula

Is The IVA A Good Idea? IVA Pros And Cons

10 Shocking Real Incest Stories That Will Blow Your Mind

Tips To Compress Video In The Perfect Way

What are the Different Types of Cushion Cut Diamonds?