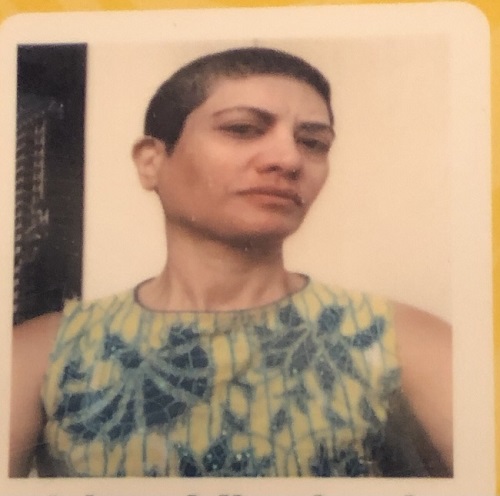 Jared Leto auditioned for “Dallas Buyers Club” in 2012 and
has anyone ever wondered why the band Thirty Seconds to Mars with lead singer Jared Leto has never performed a single show in the entire continents of Asia, Australia, and Africa in nearly 8 years? (This is a verifiable fact.)

Is it because “Dallas Buyers Club” never even once had a closeup shot on Rayon’s shoes or earrings?
And, because there are more lesbians and gays south of the equator in Australia than anywhere else, and more transgenders in Thailand than anywhere else, perhaps the savvy LGQTA community south of the Equator just couldn’t with good conscience, welcome back an artist who left out such critical statements of drag:
the heel
and
the earring.

28 films have won Oscars for gay themes. But none have won for drag. Until Jared Leto.
To be fair, Jared Leto, who won the only Oscar ever for playing drag isn’t to be blamed.
But someone is to be blamed.

Jared plays Rayon, an awesome transgender.
Jared claims to have never watched the film.
Who can blame her?
#DragRace can’t happen without heels and earrings and
alas
the blue pill director / editor and / or director of photography (DP) of “Dallas Buyers Club” totally misses this critical aspect of drag and never even once has a closeup shot on any of Rayon’s shoes or earrings.

I pulled out my magnifying glass and watched the film on red pill, in super hyper freeze frame slow motion and I can tell you that Jared made exceptional choices in heels and earrings – like in hour 1 minute 6, which is a travesty that the director / editor and / or DP missed to capture repeatedly throughout the entire film.
Unless you, like me, were conducting an investigation on the truth of Jared Leto’s
spiritual development in the world of drag, you would have never even caught all the additional layers that made the Oscar probably the most deserved Oscar of all time, since the director / editor and / or DP never got a closeup on Rayon’s numerous statement earrings or shoes. Is it any wonder the director who also served as the film’s editor doesn’t have much of a career now.

The first scene where Rayon meets Matthew McConaughey makes one feel like behind the scenes, Matthew lost a real life drag race and so the role went to Jared. If we were at a bar celebrating I would say, “Bottoms up.” And McConaughey is probably dry. Except for tears.
If one were to read between the lines,
McConaughey isn’t pleased with Jared winning a private (seemingly personal between the two thespians) drag race and clues us in to that true secret sentiment when Matthew’s character Ron disses Rayon in a bar scene by saying Rayon won’t qualify for breast implants, perhaps “breaking Rayon’s heart.” McConauGAY is epic five stars. A well deserved Oscar beyond words.

Another major faux pas is Jennifer Garner only ever referring to Rayon as “he” in the film, when the whole entire point of “Dallas Buyers Club” is of The “She.” I can’t believe the editors didn’t catch this!
For these reasons,
I’m guessing Asia, Africa, and Australia have stopped watching any more Jared Leto films since 2013 as well.
“Fool me once, shame on you.
Fool me twice, shame on me.”
And this doesn’t seem to be happening in the southern hemisphere…which may be why 30STM is no longer performing here.

I tried to contact Jared Leto’s reputed only muse
ex-supermodel Veronica Grey https://vimeo.com/245391210
for an explanation to these egregious oversights on DBC which is why neither the director / editor or director of photography won any awards, when even the make-up and hairdressing team rightfully scored Oscars.

Veronica, who was once most famous for being the Queen of Surfing, for whom Jared produced “Walk on Water” and wrote “Kings and Queens,” among many other songs, said she would love to comment about “Dallas Buyers Club,” but Jared would have to be there in person. I am currently trying to arrange this interview with Jared Leto and Veronica Grey (“Mary and Jesus”) together. Veronica has also been the world’s most televised environmentalist and surfer; a renowned activist.

Anyone sincere can claim to be the Buddha; lesbian Veronica Grey
is the authenticated Jesus Christ Superstar incarnated now. As Kurt Cobain said, “The second coming came in last and out of the closet.” Transgender Jared Leto strove to her Mary.

But how can Jared Leto be her Mary when Jared secretly might live like the Sultan of Brunei with some secret harem, which is why Jared media comes off as “single possibly” because all of Jared’s wives insist on NO media presentation so no one wife is the standout and gets jealous, and it’s better for selling tickets and stuffing all the wives’ pockets with money so long as Jared appears single and available. But that is all smoke and mirrors because Jared is definitely more than spoken for.

The otherwise gay Jared Leto is held hostage by this harem of wives as an enslaved artificial intelligence. If Jared were to try to escape, Jared could wind up like Heath Ledger or River Phoenix. Those most likely were not accidents; those most likely cover-ups to a similarly egregious secret personal life hostage crisis of otherwise gay / transgender ladyboys. If you research the internet carefully, Jared has been silenced about the truth about being gay since 2006. One can conclude that Jared is basically gang raped (like the boys in Michael Jackson’s circle) by humans that can no longer be considered female.
Jared has confessed to this tragic truth publicly of these atrocities and abominations, and here are the details:

Jared Leto announced the truth about having a harem of wives on September 10, 2019 about 3pm Sunday at Camp Mars in front of about minimum 200 campers. I was there in person. Maybe one of us captured Jared’s public personal life confession on camera there at Camp Mars Malibu in public and put it online somewhere. So, all of the above is verifiable direct from the source: Jared Leto #ArcOfTheCovenant.

Now Veronica is lesbian / transgender and defaults with a shaved head, no jewelry, make-up, or belts, ever. She always covers her knees but never her feet as part of the health / survival movement Earthing.com as she walks around barefoot everywhere. She even lives outdoors like a raw vegan / breatharian nature lover who always sleeps on the ground (in a tent for safety) even if it’s just in the backyard. That is why she is a prominent volunteer for Burning Man (over 12 years – most recently as logistics for Black Rock Airport). She was just this year offered the lead position to build the first ever center camp in Western Australia for BurningMan.org . Attached is a hyper recent photo of Veronica Grey, and one of her in back in the day with Jared Leto when she still had hair.

Veronica says the year Jared won the Oscar, Jared invited her to spend New Year’s Eve with Jared in Mexico and ring in 2015 together. Instead, Veronica chose to hang out in Hawai’i with her neighbor John John Florence who is also gay, like Jared Leto, dressed here in drag under the influence of Veronica.

These days John Florence is more and more transgender. Veronica seems to have that drag influence. She is the muse for John (the Revelator / Baptist) Florence’s #Vela. Right now John is focused on signature #bottom turns.

What it takes to be Jesus: https://www.encyclopedia.com/environment/encyclopedias-almanacs-transcripts-and-maps/circumambulation . Better get perfect score – the great pyramids of the Earth testify to that. So does shungite.