Are Ford Tractor and New Holland Tractor the Same? 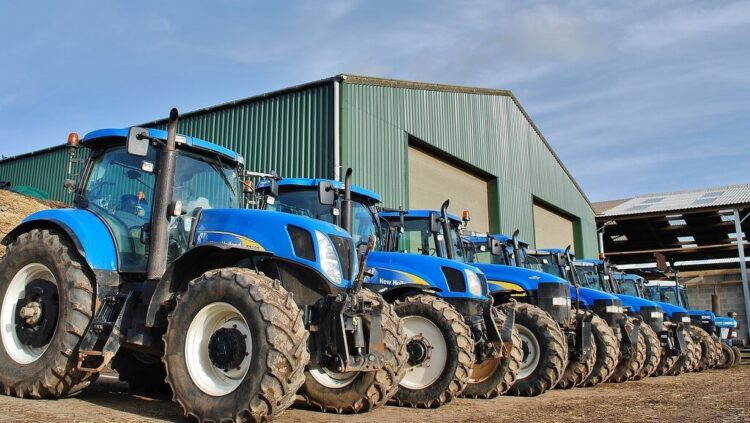 Perhaps you read somewhere that Ford Tractor is the same as New Holland Tractor, and you wonder how? Or maybe someone suggested a Ford tractor repair manual to perform some fix on a New Holland tractor, and the next question that comes to your mind is why? Well, this is the right place to get your answer.

Indeed, this could be more historical than technical, yet, it is never a bad idea to go down memory lane to better understand some specific facts.

How it All Started

Originally, FMC agreed to produce several automobiles and commercial vehicles under the Ford brand name. However, by 1915, the Henry Ford and Son Company came to be and started developing tractors to be sold under the Fordson nameplate.

This company was purposely founded separately to build Ford’s tractor project due to other FMC stockholders’ unacceptance to let their dividends weakened by a tractor project.

By April 1918, Fordson built its first commercial tractor, often referred to as the two-plow Fordson tractor, and was painted light gray with red wheels. It was sold at a retail price of $750 at the time.

Meanwhile, New Holland Tractor began operation about eight years before the Ford Motor Company was even established. It was founded in 1895 in New Holland, Pennsylvania, and was later acquired by Sperry Corporation in 1947.

The company was at an early stage of manufacturing agricultural products, such as feed mills, to assist the farming community around the factory.

These tractors were famous for their remarkable build, reliability, and longevity—some even run even decades after production.

For this reason, most technicians still use a Ford tractor repair manual to fix up these products and some other New Holland tractors, even after Ford sold the New Holland division in 1991. If you work on those specific models, yes, in this case, some repair manuals could be interchangeable. For instance, if you look at the manuals sold by eManualOnline, you’ll see that several of them are titled with both brands.

It’s Fiat who then purchased New Holland Tractor and later merged with the Case Corporation in 1999, leading to a new parent company known as CNH, an acronym for Case IH and New Holland.

Under CNH, New Holland has gone through a lot of transformation. In 1998, New Holland bought Bizon, a combine harvester manufacturer founded in Płock, Poland. Together, they design farm equipment for harvesting cereals, rapeseed, maize, sunflower seed, and other crops.

That same year, New Holland signed a joint venture agreement with Türk Traktör, a company owned by the Koç Group based in Turkey and another in 2002 with Shanghai Tractor, and Internal Combustion Engine Corporation, leading to Shanghai New Holland Agricultural Machinery Corporation Ltd.

The new collaboration was a chance for New Holland to penetrate the Chinese market, where they are now one of the leading brands in the agricultural machinery industry.

So there you have it. Yes, the companies joined hands at one point, when the Ford Motor Company bought New Holland in 1985. This is what led to the Ford-New Holland line, and since then, it’s been widely rumored that Ford Tractor and New Holland Tractor are the same.

However, as we explained here, that is not the whole story. Another company purchased New Holland from Ford already three decades ago. Hence, it is no longer under the ownership of Ford Motor Company.

Nonetheless, because you can still find some machines produced under the Ford-New Holland name working perfectly due to their durability and incredible features, the misconception still exists today.

Therefore, considering using a Ford tractor repair manual for a New Holland tractor can work in some cases, but only if it is a model built under the Ford-New Holland name. Otherwise, you might need to reconsider. Luckily, both Ford and New Holland produce repair manuals for each of their models so no need to go halfway here. Just get your hands on a service manual for your specific model and you’ll be good to go!