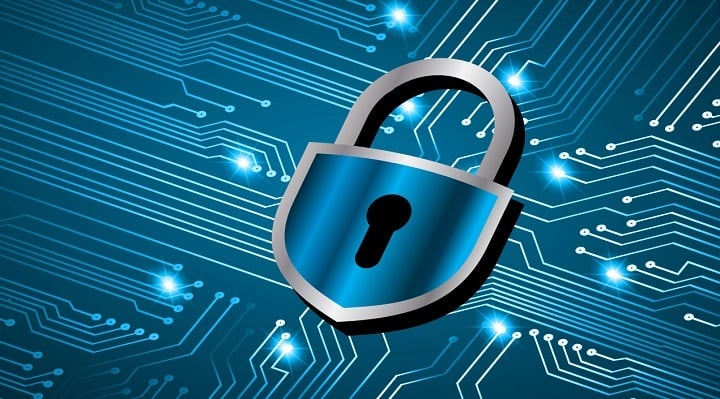 As technology is advancing with each passing day; so are the viruses, Trojans, and other malware growing advanced both in volume as well as sophistication. Hence apart from having a powerful PC, with best-in-class hardware configuration, it is essential to have a good antivirus package as well which can deal with and warn you about any kind of malicious program or file before it infects your PC and replicates.

However, choosing a good antivirus package for your PC is not an easy task. With so many options available it has become really tough to select the one which will truly safeguard and protect your PC in real-time from viruses, Trojans, adware, and other types of malware. Thinking about this only; we have brought this post for you highlighting the 15 Best Free Antivirus Protections for Windows PC 2020. So browse through the following list of best free virus scanners and, without a second thought, choose the package which suits you best. Most of the Antivirus listed here works absolutely great with Windows XP. Let’s start!

With AVAST purchasing AVG; the two best free virus scanners have combined their forces. Although there are no plans to merge the products as of now both antivirus companies will definitely benefit from each other’s expertise in the internet security sector.

AVAST, along with an efficient anti-virus, comes with an anti-spyware too. The anti-spyware element of AVAST is one of the best free internet security tools that makes your browsing safe and secure by providing your PC a shield from malicious web programs, emails, documents, unknown texts and other phishing elements.

AVAST boasts of a “heuristics engine” as well through which previously unknown threats can also be identified. Hence, definitely, AVAST deserves a top spot on our list of antivirus programs.

The user interface is pretty simple but lacks features like scheduling a scan etc. With the Bitdefender Antivirus Free Edition, you get the best-in-class malware protection as well as protection from phishing attacks

So if you are just looking for basic kind of protection, without any intervention from your side; you can install Bitdefender Antivirus Free Edition.

Like I told above; AVG has been purchased by AVAST, but there are no plans to merge both products together as both have a loyal fan base in different parts of the world.

AVG is truly, one of the top-rated antiviruses as it provides with tons of different features like anti-spyware, connect scanner, email scanner and many more. All this coming to you totally free. Yes! It’s true! You are not paying even a single penny for it.

One of the most important thing which characterizes between good and worst antivirus solution is the periodic updates for the virus definition stored in the database.  With AVG Free Antivirus; updates are automatic. You don’t need to check for updates by yourself. The antivirus package itself has been designed in such a way that it keeps itself updated with the latest virus definitions.

However, under various testing scenarios, Avira has reportedly, performed efficiently for preventing malicious URLs harm your PC. Malware protection of Avira, though not as good as AVG or AVAST, works well. If you opt for full PC scan on Avira then be prepared to wait for a longer time than usual as full PC scans are relatively slow in Avira.

Panda Free Antivirus, now known as Panda Protection, ensures best-in-class URL and web filtering for you. However, the malware blocking feature of this antivirus for PC is not up-to-the-mark as it sometimes marks not-harmful files also as malware.

The free version of Kaspersky comes with great features like real-time scanning, anti-phishing, email scanning and spyware protection as well making it one of the best freeware antivirus.

We are all aware that Kaspersky Internet Security Solution ranks top’s  the list of  free antivirus. Kaspersky Free is a smaller version of it. So you get the dependable antivirus engine of Kaspersky absolutely free.

Kaspersky Free Antivirus is very simple to use with a clean user interface. You won’t face any kind of trouble using this best free virus scanner.

Forticlient is a many-in-one free computer protection package for you. It acts as an antivirus and even provides web filtering as well as parental control.

Moreover, Forticlient effectively acts as a best free internet security tool as it provides us with a firewall as well. Now you might think that with so many options the user interface of Forticlient might be complex and difficult to understand. However, the opposite is true. It is really easy to set up Forticlient and use it.

With Sophos Home Free Antivirus you get a free computer protection comparable to paid business versions.

Sophos Home Free Antivirus gives you an antivirus along with anti-malware tool. There are various browser tools also available like anti-phishing. But the best feature which Sophos gives you is content control. With Sophos, you can control the content watched over the Web of over 10 PCs together. Hence it is quite effective if you want to keep a check on your child’s browsing activities.

There is an app detection feature also included with it through which unwanted applications can be easily detected and managed.

Sophos Home Free Antivirus is available for Windows 10, Windows 8 as well as Windows 7.

Developed by Qihoo, like the name suggests this antivirus for PC is high on features.  Just like other top rated free antivirus 360 Total Security comes with a malware scanner, phishing protection as well as a mobile app.

Having a mobile app is actually great and 360 Total Security is slowly rising amongst the free antivirus reviews. However, the main feature of this alternative to paid antivirus software is the incorporation of multiple virus scanners. Yes! It is true. 360 Total Security comes bundled with Qihoo’s own as well as Avira and Bitdefender virus scanners.

Another main thing to be noted is that being high in features; the developer has failed to create a good user interface. The interface is quite messy and you have to use this freeware antivirus quite often to get a hang of it.

The best feature which makes Zone Alarm one of the best virus removal software is the presence of a firewall. So this gives an extra firewall to you along with your Window’s firewall. The antivirus firewall of Zone Alarm is quite effective in blocking web-based threats.

However, if we check out, the antivirus engine which is being offered with Zone Alarm comes actually licensed through Kaspersky. The user interface of this freeware antivirus is well-made and quite easy to work with.

Comodo Antivirus is one of the best free computer protection. The Defense+ technology of this freeware antivirus makes it the fussiest and strict antivirus of all.

Fussy and strict in the sense is that it won’t let any app or file skip its scanner. Moreover, there is a cloud scanner option too which makes this one of the best virus removal tools also as it always stays updated with the latest virus definitions.

The name worth mentioning in our list of best free antivirus Windows 10 is Windows very own Windows Defender tool which effortlessly scans for malware in your Windows 10 and Windows 8 system and takes care of it without continuously giving out pop-ups like other general free computer protection antivirus software.

The updates for Windows Defender comes with Windows Update only. So you don’t really need to do anything when you have this anti-malware tool with you.

This is because it actually learns while doing things. Yes true! It has a scanning methodology which is based on heuristics so Amiti Antivirus has the capability to learn on its own and bring about the necessary improvements as well as updates in its virus database.

Also, you can efficiently clear up temporary system and browser files using this freeware antivirus. Amiti Antivirus can be used with Windows 10, Windows 8, Windows 8.1, Windows 7 (64 bit / 32 bit) as well as Windows XP/ Vista.

Don’t go with the name. Adaware Antivirus Free is not just a program which takes care of adware. But along with that, it provides real-time protection against viruses as well. It doesn’t matter whether the viruses are coming from the internet, a file or from your USB Drive; the real-time protection of Lavasoft’s Adaware Antivirus is efficient enough to warn you and take necessary steps against the virus.

However, in spite of having a powerful virus scanner; the thing which keeps Lavasoft Antivirus back is the lack of other features like email scanning and other anti-phishing tools which you can easily get with various others top free antivirus packages.

Baidu Antivirus installs and runs smoothly on your system. Since the virus database of this best free virus protection software resides on the cloud; it is extremely lightweight and doesn’t even lowers the performance of your machine.

In spite of being lightweight Baidu Antivirus is loaded with different features like anti-hacker and antivirus firewall and anti-phishing protection.

Apart from having a cloud-based virus database; it also has a cloud file scanner and can upload the suspicious files to the cloud scanner for getting scanned more efficiently and properly.

Moreover, you don’t need to manually update this best free antivirus for Windows 10, as updates are automatic. It even has a provision to scan your USB drives as well as Windows Registry.

Hence, in short, we can say that Baidu Antivirus is a big monster given in a very small package. Baidu Antivirus can be used with Windows 10, Windows 8, Windows 8.1, Windows 7 (64 bit / 32 bit) as well as Windows XP/ Vista.

So, folks, these were the 15 Best Free Antivirus Software for PC 2020. I think, as of now, you must have even made up your mind regarding the freeware antivirus you will go for. However, if you still have any questions or queries; you are welcome to ask them by dropping the same in the comments section below. Also, if you are using a freeware antivirus, which you are currently using and is not mentioned in the above list then please let us know that also by dropping your comments in the section below. Your experience and knowledge will provide another option for top-rated free antivirus to our users to download.