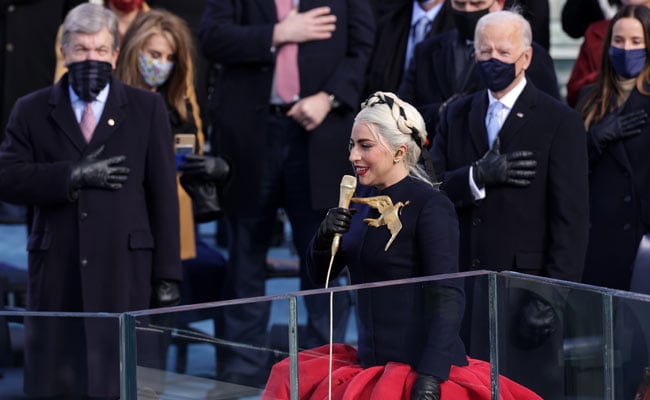 Fans worldwide love Lady Gaga for many reasons, but probably the biggest one is because of her amazing live concerts. Lady Gaga concert tickets are always in huge demand since she delivers performances that you can’t get out of your memory even if you wanted to.

Even more fascinating is how she is able to make a huge show with only a few songs appearance or only with one song. Gaga is a young musician who already has great success in every part of the show business world. Having multiple talents, from singing and dancing to acting, is always a plus in the music industry, and she has it all.

So let’s see why people are always in a hurry to purchase Lady Gaga tickets through some of her best live TV appearances and performances.

‘’Born This Way’’ is one of her biggest hit songs ever, and it is one of the most recognizable queer anthems. Lady Gaga gave a fantastic performance dancing all over the stage with a high pink ponytail and facial prosthetics and a pipe organ solo; of course, nothing less was expected. This Gaga hit song defined this part of her career, and millions of people have listened to it online, but to have the chance to hear her sing it live is even more incredible.

We don’t know whether her album ‘’Artpop’’ was art or pop, but one sure thing is that her song ‘’Applause’’ became a hit. Every time you see Gaga perform live, you think you have seen it all, and you get surprised again. It was exactly the same here, she had various wig and costume changes throughout the performance of ‘’Applause’’, and of course, she also dances. And then she makes a change appearing with a blonde wig and a seashell bikini when you least expect it.

If you haven’t seen the movie, you at least definitely know the song from the movie. ‘’Shallow’’ became a mega-hit after the release of the movie ‘’A Star Is Born’’ in which Lady Gaga starred alongside Bradley Cooper. And at the Academy Awards in 2019, they performed it together, side by side, while Lady Gaga was playing piano in a beautiful black dress. It is one of the most simple but yet most amazing live performances she ever had, and once again, she proved to the whole world that her voice is simply unbelievable.

You are probably aware of the fact that even though we all had to wear masks because of the pandemic, somehow, you know that Lady Gaga’s mask would be a little bit different. Her nine-minute performance alongside Ariana Grande on the 2020 MTV VMA’s gave fans all over the world to see how the next tour is going to look like after the first chance of touring would come along. Unique mask, unique dressing style, and a lot of dancing.

Last but not least, let’s go back to 2009 MTV VMA’s. Lady Gaga knew that she had to put herself on the map once and forever authentically as a performer. That is what she definitely achieved with this live performance of ‘’Paparazzi’’ because at first nothing looked too unusual, but then at the chorus, blood started to pour out from her chest while the audience was in shock, and the performance ended with Lady Gaga hanging from the ceiling.

These are one of the best Lady Gaga live performances on TV throughout her career. She is a unique and authentic performer. You won’t get the chance in a lifetime to see many fantastic stage performers that you will love to listen to live every time you get the chance.

And if you ask yourself how much are Lady Gaga tickets today, know that you can find them for an average price of around 190 bucks, which honestly is not much for such an amazing performer. Also, know for sure that a Lady Gaga tickets Chicago experience won’t be a lot different if you choose to buy Lady Gaga Houston tickets. The point is to purchase them as quickly as you can and watch her perform live anywhere.