Best Things to do in Worcester 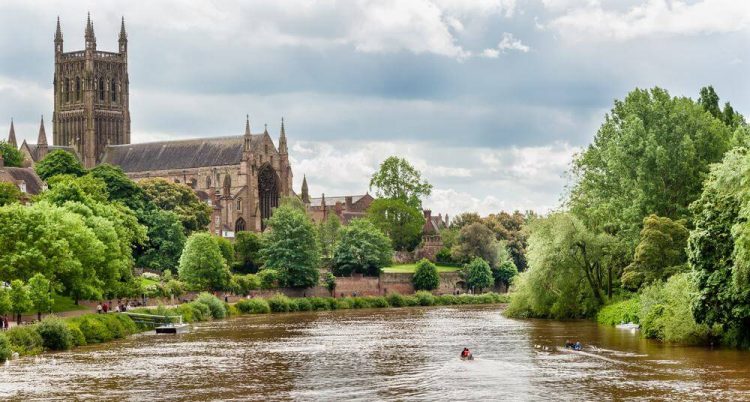 Worcester is a city in central England’s West Midlands region. Worcester is just thirty miles south-west of Birmingham. The estimated population of Worcester is 102,791. The river Severn borders with the western side of the city centre and is overlooked by the Worcester Cathedral. Worcester also is home to the Berrow’s Worcester Journal, claimed as the world’s oldest newspaper.

Worcester has a rich history from Medieval times. At The Commandery, a museum traces the building’s growth from medieval times to England’s Civil War to the 1950s. The Battle of Worcester in 1651 was one of the final English Civil Wars, where Oliver Cromwell’s New Model Army was defeated by King Charles II’s Royalists.

Worcester Cathedral is counted as one of the most beautiful cathedrals in England. The church was built between 1084 and 1504 and represents the old style of English architecture from Norman to Perpendicular Gothic. However, the oldest portion is the Norman Crypt, from the end of the 11th century. The rows of columns are covered with cushion capitals, whereas the circular chapter house is from a few decades after.

The Worcester Cathedral is famous for its architectural design with the gothic feel and fine woodwork. The cathedral also contains the tombs of both King John and Prince Arthur.

Gheluvelt Park was opened on June 17th, 1922, to commemorate the Worcestershire Troops 2nd Battalion, following their part in the Battle of Gheluvelt (a WW1 battle that took place on 31st October 1914, in Gheluvelt). Field marshal John French had opened the park to commemorate the troops and inside the park was a plaque honouring Captain Gerald Ernest Lea. During the summer months, the park is immensely popular amongst Worcester residents and visitors.

The Worcester Woods Country Park offers two nature reserves, a vast open field, a full countryside centre with an award-winning cafe and easy access from the city or the motorway. This country park is immensely popular with Worcester residents and visitors. The park contains two adventure play parks, and ancient woodlands to explore.

During the school holidays, you will find a schedule of events to keep children entertained, this includes jewellery making, sports sessions and arts and crafts. The two waymarked trails occupy the park if you want a more thorough stroll, one through the lovely and colourful meadows and the other through the shaded woods. The park also has a guidance course and treasure for those on a quest. This is a hugely popular place for families.

Greyfriars House & Garden located in Worcester is a Grade 1 listed building. This implies that the site has architectural and historical importance; therefore, it cannot be broken down. The location is near the former friary of the Franciscan order of Greyfriars (Mendicant Christian Religious Orders). This has led to speculation, that the house was constructed as a guest house, but is now believed to be a have been brew-house.

That Funky Venue is a unique entertainment facility that offers mini-golf near Worcester, as well as other services like duckpin bowling, indoor crazy golf, funky bar, arcade games, American pool, interactive darts and many other services.

The indoor crazy golf is situated within the building, alongside the licensed bar and nostalgic arcade. Being indoors has many advantages from being sheltered from rain, the bar is next to you and various other services being all in your vicinity. The indoor crazy golf is also next to the entertainment area. This includes many performances, local DJs, and tribute acts.

However, that funky venues indoor crazy golf has a twist, as the golf course includes a 12-hole golf course, full of fun and craziness. The course has an exclusive glow in the dark course, where each hole has its unique theme. This makes the course more enjoyable as each place is different.

What is Indoor Crazy Golf?

Indoor crazy golf has many nicknames like mini-golf goofy golf, etc. The game’s main objective is to have fun and win. To win the game, the person with the lowest score wins. This is a fun, competitive game to play with your friends and family.

What is Duckpin bowling?

Duckpin bowling is a type of bowling and instead of using the generic bowling balls, duckpin bowling uses duckpin balls which are smaller and do not have finger holes.

The balls can weigh between 3lb, 6oz (1.5kg) or 3lb 12oz (1.7kg). Surprisingly, they’re heavier than candlepin bowling balls. Duckpin bowling uses shorter, lighter, and thinner ten pins, this makes it even harder to get a strike.