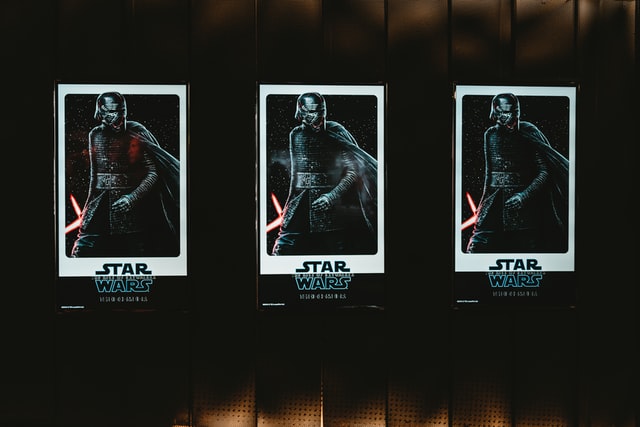 This is your chance to be a part of the Star Wars Universe and lead your army into battle. With Star Wars legion, you can be a part of something bigger than yourself, be a part of the Galactic Empire, and destroy the Rebel Alliance. Immerse yourself into the depth of ground battle as you command an army of troopers and powerful ground vehicles. Great graphics and iconic Star Wars characters like Luke Skywalker and Darth Vader make this the perfect nostalgic game. Guide your Star Wars: Legion miniatures across the board till victory is yours.

The Star Wars Legion core set is your gateway into this universe, with innovative mechanics simulating the thick of battle. You can create your army with the easily assembled miniatures that recreate the powerful ground warfare troops in the Star Wars Universe. While it is best played with two players, you can just as easily play the game alone.

The game works on a turn-by-turn basis. Unlike a game of chess which requires a constant calculation to outsmart your opponent with each move, the use of dice in Star Wars Legion ensures that your movements in each turn are randomized. However, you risk losing out on the cunningness and skill of an opponent who’s working at outmaneuvering your troops with every roll of dice and strategic placement. Slightly making variations to how the game is played can help make it a much more enjoyable solo experience. Here is a list of variations you can try while playing the game solo.

Not all battles between the Empire and the Alliance have had a clear outcome with a transparent winner. Creating a campaign gives you the perfect opportunity to recreate some of the most iconic battles from the Star Wars universe. The Empire is disproportionately more potent in every battle. And you could easily create your own rules to replicate their strength while playing Star Wars Legion. Increasing the number of troops the Empire has, increased hit points, and damage are some of the ways you can make the game more enjoyable. Tweaking the basic rules of the game like this can make it much more fun solo.

Luke Skywalker got his story, but what about the hundreds of Jedis that fought alongside him? Star Wars Legion miniatures come unpainted in the box. You can paint each miniature and even give them names or special powers. Follow their lives through the game, and you can give them the storyline they deserve. This can be an exciting way to hone your creative story-making skills and make the game much more relatable.

Ever wanted to venture into the depth of battle yourself? Now’s the time! You can name a character after you, give the miniature the powers you always wished for, and voila, fight it out on the battlefield. Join the Dark side and fight alongside Darth Vader or embrace the light and the footsteps of Luke Skywalker. This format is perfect for the die-hard Star Wars fan in you who always dreamed of being a part of the franchise. You can use the game to fulfill your fantasies, play out specific scenarios and watch yourself triumph on the battlefield.

Playing with a human opponent can get a little boring. After a while, some parts of the game become predictable or entirely reliant on a dice roll. Don’t worry! Stacking up more troops for one army can change up the equation and make it more interesting. However, it can turn into an extremely lopsided game when played with someone else. Playing solo in this format, where you control both sides, can make it a lot more engaging. Assuming the role of David in fighting the mighty Goliath can be thrilling and a far more stimulating experience as your miniatures move across the board.

Now’s the perfect time to unleash all your imaginative skills and create your custom battlefield. With a bit of effort, you can make your own mini Star Wars universe with models of different battlefields and terrains. You can either purchase scale models of battlefields, bust out that 3-D printer gathering dust in your garage, or use Lego bricks to recreate some of the most vivid landscapes from the shows and movies. Move your miniatures along this battlefield as you play your game and tackle specific scenarios you have designed yourself. A custom world is sure to become the most immersive gameplay you can experience!