Can You Settle a Divorce Without a Lawyer? 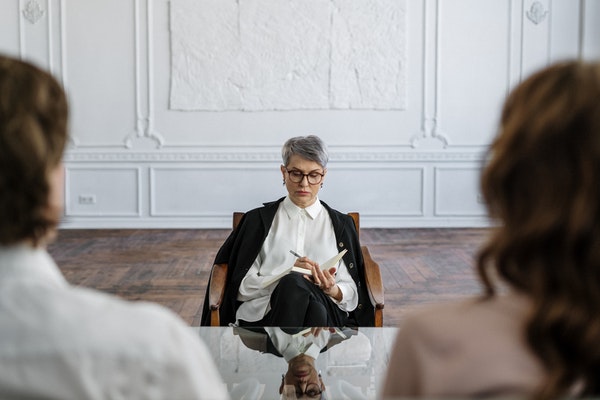 Going through a divorce can be a complex, sensitive, and even triggering process for many. It’s something that everyone tries to avoid, but sometimes, it is a healthy option. This is especially true if one is trapped in an unhealthy relationship that has taken the form of marriage. Apart from this, there can be many reasons a couple might want to go through a divorce, and it’s perfectly okay to settle a divorce without a lawyer. After all, it’s better not to go to court when you can solve things amicably. However, that decision is entirely up to the individuals undergoing the often stressful and emotionally exhausting divorce process. It is often recommended to seek legal advice from a quality lawyer but not put them on a retainer. Make sure that you go for a good lawyer who will solve both parties’ issues. You can easily hire such a lawyer from a reputable law firm like The Siemon Law Firm.

To guide you through the emotionally exhausting process of an amicable divorce, we have listed some variables below that will play a major role in the process of divorce and its outcome. However, these might work differently for every family dynamics, and keeping an open mind throughout the process is highly advisable.

This is perhaps the most important aspect of a divorce. A messy divorce can easily ruin childhoods. Thus, it becomes the responsibility of the parents undergoing divorce to ensure that their children are affected minimally. Parties can be fully in agreement when it comes to the custody of children, or they can be in disagreement. If the parties are in disagreement, you can seek a mediator’s help. However, going to a judge is advised if either party has a history of abuse, violence, or neglect when it comes to parenting. A judge can decide what’s best for the children and potentially save them from an abusive life ahead.

However, if any negative aspects of parenting, such as abuse or neglect, are not involved, it is better to stay out of court and go for a mediator to settle the differences. A good mediator can keep both parties satisfied by coming up with a fair plan of custody time and visitation hours.

Property division is another aspect that can lead to major disagreements. Courts usually decide on this aspect based on the contributions of each party to the shared wealth. However, the events or conditions that have led to the divorce may also play a big part in property division. If one party has wronged the other by cheating on them, the judge may be inclined to penalize them by rewarding the other party with more property. However, in most amicable divorces, both parties can easily agree on property division outside the court. Going through the complete legal process only emotionally upsets those undergoing the divorce process and proves to be quite expensive as lawyers on retainers are often involved.

If both parties understand each other’s needs and show discernment, property division becomes quite easy with just legal advice from an attorney. That way, both parties can look forward to a hassle-free and financially secure future without ending their relationship on bitter terms.

Alimony is the right of a woman who has undertaken the role of homemaker in her marriage. The divorce process for a financially dependent woman can be financially overwhelming. Assuming that the husband would not want his soon-to-be ex-wife to struggle financially, he would agree to pay alimony. However, it is the amount of this alimony that becomes a conflict in most divorce cases. If both parties are honest to each other about their needs and desires, the variable that is alimony can easily be agreed upon outside the court.

For things to go smoothly, you can also get advice from an attorney without retaining them. This way, the divorce can satisfy both parties without much conflict, as a single lawyer can advise both parties. Moreover, going to court with separate lawyers can easily turn ugly, and things can end up on terrible terms. If there is no major disagreement between the parties, it is recommended to beat the legal system by going around it. A settlement outside the court is cheap for everyone and is much less of a headache and stress for both parties.