CBD Vaping: What You Need To Know

by Kyle Baxter
in Gadget, How to
Reading Time: 4 mins read
0 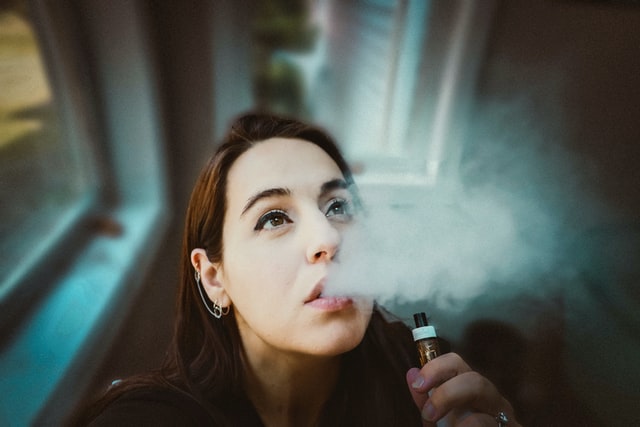 Vaping has existed for over a decade. It’s now becoming more mainstream, particularly among young people. Now that CBD Oil is popular for easing pain, the urge to consume it through vaping is the latest trend influencing the burgeoning vape culture. As per the statistics shown by Brightfield Group, a company that analyzes the CBD business, utilizing oils in vaping products is growing more popular. Therefore, statistics show that the sector will expand tremendously in the coming years.

Individuals have promoted CBD oil to be helpful in curing a range of therapeutic issues such as seizures from epilepsy, inflammations, insomnia, and anxiety, just to name a few. Nonetheless, there is insufficient data to support up these assertions save for the treatment of epilepsy. FDA(Food and Drug Administration) has only authorized the use of a single CBD-based drug. It can manage seizures based upon two severe types of epilepsy.

However, the FDA emphasizes that businesses shouldn’t include CBD in foods, beverages, or nutritional supplements.  Moreover, despite the FDA’s warnings to producers against creating unsubstantiated health claims, much hasn’t been done to prevent the commercialization of CBD products.

What’s CBD Oil and How Does It Work?

CBD oil derived from weed or hemp buds and blooms. Since it has very minimal THC (tetrahydrocannabinol), it usually doesn’t induce a “high.”  CBD oil’s THC content is only legally acceptable below 0.3 percent and is allowed in states that have legalized medical or recreational cannabis. However, many other states have cannabidiol legislation, even though marijuana is still illegal in those jurisdictions.

Further, it’s presently unlawful to advertise CBD as a dietary additive or supplement as per FDA regulations. Notwithstanding these recommendations, customers should be aware that businesses promote certain products of CBD with unsubstantiated medicinal assertions. Thus, they are of questionable quality.  FDA also warns that CBD can damage your liver or interfere with your other medications. It’s also possible that it’ll have a detrimental effect on male sexual function.

Is it Safe to Vape CBD Oil?

Vaping is a dangerous behavior; irrespective of the chemicals in the vaporizer,  CBD oil isn’t exempted. CDC(Centers for Disease Control and Prevention) has linked vaping products with an epidemic of almost 3,000 severe diseases associated with the lungs, where even young adults got hospitalized. Furthermore, nearly 70 individuals have succumbed to the so-called e-cigarette and vaping-associated lung injury(EVALI). Physicians have probably hospitalized thousands more with lung problems linked to vaping, according to the CDC.

While CDC has linked several EVALI hospitalizations to the vitamin E acetate, vaping CBD oil comes with its own set of dangers, mainly if victims acquire the vaping pens from illegal dealers, internet sources, or acquaintances. CDC determined that at least 26 EVALI victims had vaped CBD oil.

Since there isn’t much information on the long-term consequences of vaping CBD oil, many scientists, physicians, and scholars worry about its safety. Worse still, when you heat a vape pen, the vapor goes through a chemical reaction that can potentially be dangerous to your lungs, particularly in young individuals.

The Farm Bill eliminated CBD from being defined as marijuana( consider that marijuana is a controlled substance). Nonetheless, it’s still an FDA-regulated substance that’s subject to similar regulatory laws. Sadly, minimal regulatory supervision of CBD oil lacks even though vaping is the most popular method used to consume CBD oil. In reality, the FDA is yet to decide on regulating CBD vaping devices. While this is naturally concerning for many, there are far more reliable routes that one can take. For example, Cannacares offer the world’s first medically certified vaporisation device for CBD vape juice. This supreme, robust and highly effective device can be purchased at https://www.cannacares.co.uk/collections/cbd-vape-oils-e-liquids-pens.

However, many individuals are hopeful that the authorities will implement these rules soon enough. Even the CBD sector equally needs those regulations to streamline the industry. For example, institutions such as the United States Hemp Authority cannot certify cannabis oils in the same way they approve CBD tinctures, edibles, and edibles due to a lack of rules. Before that time comes, customers will have little idea of what they’re receiving when they buy CBD oil.

Without certifications, individuals can sell vape liquids and claim that they constitute CBD to worsen things. Unfortunately, they may contain dangerous chemicals that can be harmful to consumers’ health and, in worst-case scenarios, lead to death.  The AP(Associated Press) commissioned research to examine the composition of almost 30 oils purporting to comprise CBD to see how widespread this is.

The test carried out by Flora Research Laboratories(Regulated by DEA) discovered that ten out of 30 vaping devices tested positive for synthetic cannabis. At the same time, the rest were composed of no CBD oil. Mo recover, eight oils had undetectable CBD, whereas 14 contained just under 0.3 percent CBD when weighed. The remaining six had CBD concentrations ranging from 1.07 percent to 8.87 percent by weight.