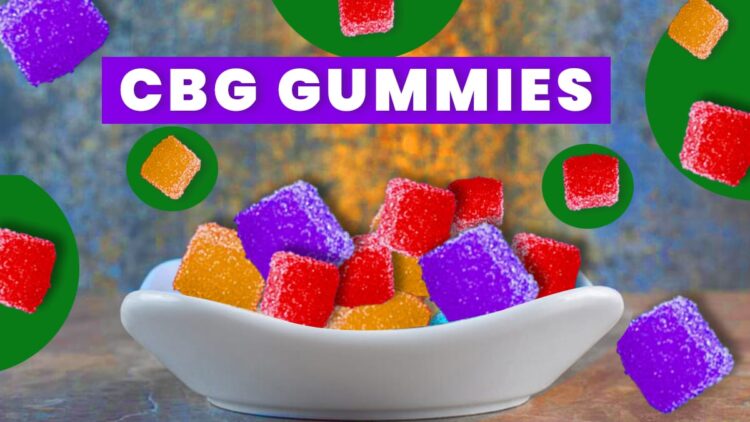 The hemp plant has over 120 cannabis cannabinoids; however, the cannabigerol (CBG) is intriguing. It is not intoxicating. CBG has been recognized as the most well-known and popular non-intoxicating ingredient from hemp, aside from CBD and, naturally, CBD.

What Are CBG Gummies?

CBG gummies are edible hemp products that have higher amounts of cannabigerol. Contrary to THC products, CBG gummies are non-psychoactive, which means you won’t be high by these gummies. However, infused candy has been gaining popularity as a therapeutic product.

Gummies containing CBG are challenging the dominant position of non-intoxicating cannabis (CBD) food items. Both cannabinoids can benefit the endocannabinoid system (ECS), and some CBG edibles contain a combination of CBD and CBG.

Most people refer to CBG as “the mother of all cannabinoids.”. The term isn’t referring to its effects but rather how most cannabinoids begin as CBG in the course of growth. Before harvest, most CBG cannabinoids convert to CBD and THC.

In turn, the majority of hemp strains contain less than one percent CBG, due to which it is considered a minor or secondary cannabinoid. However, CBG exhibits impressive therapeutic effects despite its small amounts.

The medicinal benefits of CBG are still under investigation by scientists. As of now, researchers do not have sufficient evidence to recommend CBG for any medical condition. The information presented in this article is a brief overview of current research and does not constitute any medical advice.

CBG can bind – but only at a low and infrequent degree – CB1 and CB2 receptors within the ECS; however, it has a weak antagonist for the serotonin 1A (5-HT1A) receptor. The CBG may also increase anandamide levels, a natural endocannabinoid that optimizes the ECS.

Research suggests that CBG has anti-inflammatory properties that could be beneficial in treating inflammatory bowel disease (IBD) and arthritis. CBG might also have analgesic properties.

In 2015, the Neurotherapeutics journal published a study proving the neuroprotective properties of CBG. The study involved the administration of CBG to mice with an experimental Huntington’s disease. The experiment proved CBG to be a successful treatment.

CBG’s antimicrobial properties are being studied, with research suggesting the substance could work against bacteria resistant to drugs – particularly MRSA. There is a desperate need for improved antibiotics, and there is a lot of hope that CBG may be a viable option as a stand-alone treatment or combination with other cannabinoids.

What to Look For When Purchasing CBG Gummies

While they aren’t as well-known as CBD, numerous hemp businesses are now producing CBG Gummies. Therefore, you will be able to find more high-quality CBG gummies on the market. However, fraudsters are also seeking to capitalize on the growing popularity of CBG.

You can’t purchase CBG products without performing background investigations before buying. Because the FDA does not regulate hemp businesses, they are not legally required to meet high-quality standards.

But you can ensure your safety by purchasing only third-party-approved CBG Gummies. Independent laboratories provide standards on the market that is not regulated and verify that the gummies you are buying are legitimate, authentic, and safe for consumption.

Where to Buy CBG Gummies Online?