Christine Reidhead: Making a Difference Across the Globe

We are in a world where there are too many bad things happening, challenges, and negative circumstances. However, with individuals like Christine Reidhead, hopeless people can wear smiles on their faces and be assured that someone has their back. When the bell of the nomination rang, it was certainly a thing of joy and celebration, yet Christine believes it is a call to make a difference.

Right from a child, Christine has always desired to help the needy and poor. She pioneered AfrikRising in fulfilment of her childhood dream, and today that dream is a nonprofit organization. One of the most amazing organizations that are making a difference in every part of Africa.

Having understood the need to stop starvation in Africa, many children die of malnutrition, starvation, and poor health. Christine believes that her organization stands a chance of turning the tides and creating solutions to this problem. Christine will love to see a world where every African child is free of disease, eats the right food at the right time, and enjoys the basic amenities of life just as their western counterpart. Christine’s greatest desire is to make a sustainable solution to problems African children face, and nothing is neither small to do or start with. She is of a strong belief that every action is worth it, and they can make a difference.

Facts and Stats about Africa Poverty from the Borgen Project 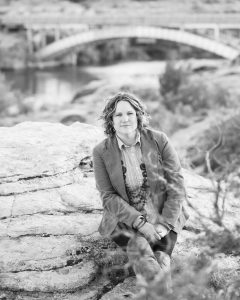 It is a great privilege to be found helping little children who did not have the access or opportunities to choose the kind of life they desired before birth or the kind of parents they wanted. To many people, this nomination calls for celebration, and party, no doubt, Christine is honored and happy to be nominated. It is proof that her works are recognized, and her goal is achievable.  However, Christine sees this nomination as a call to making a difference. It is a better privilege to put a smile on the face of little children by providing a place to sleep, food to eat, and quality education.

Today’s world is dependent on these children, and Christine is effortlessly and consistently working to see African children grown into great adults who are both physically and mentally healthy. The essence of the existence of AfrikRising is to give hope to every child in Africa.