Different forms of Formula You Need to Know About 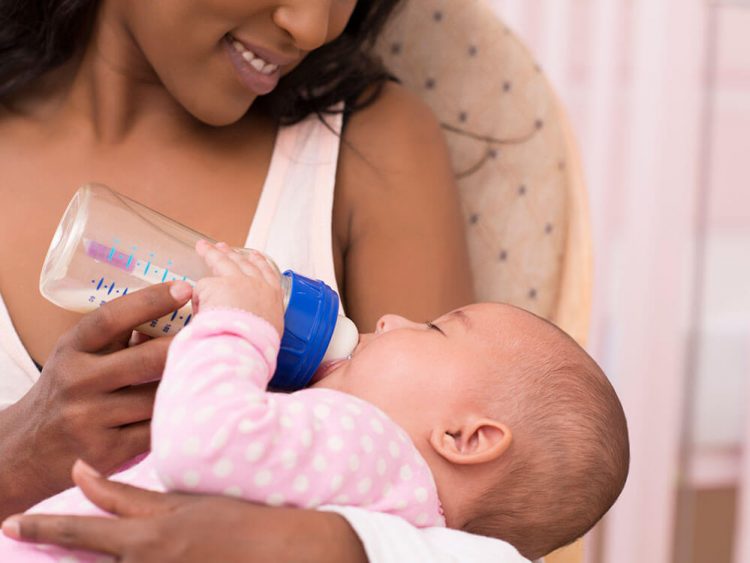 You can be confident that the formula you are giving your baby meets strict government regulations. The FDA tests all commercially available infant formulas for safety and nutrition, so there’s no need to worry about what ingredients might have been replaced or removed from a particular batch during production.

Although Organic baby formula is designed to mimic breast milk in terms of critical vitamins and nutrients, Dr. Casares points out that not all formulas are created equal. While the bases are often similar, there are a few distinct varieties of infant formula to pick from:

Baby Formula Made from Milk:

Although newborns under the age of one year should not drink cow’s milk on their own, cow’s milk-based baby formulas have been changed to make them more digestible and safe for small children. According to the American Academy of Paediatrics, this is the most frequent type of baby formula.

Baby Formula that has been Partially Hydrolyzed:

These formulae have been partially digested, which may be beneficial to babies suffering from colic or gas. (You might be familiar with Enfamil Gentlease or Similac Pro Total-Comfort, for example — more on that later!) This sort of formula, however, is not broken down enough for newborns who are allergic to cow’s milk protein.

Baby Formula that has been Extensively Hydrolyzed:

These formulas, also known as predigested formulas, contain broken-down milk proteins, making them easier to digest for babies. Most newborns who are allergic to cow’s milk tolerate them well. Before switching to this type of formula, consult your baby’s paediatrician because it is more expensive and may not be necessary for your child unless she is allergic to something or has a Particular Problem

Baby Formula made from Organic Ingredients:

Organic infant formulae are identical to traditional milk-based formulas, but they are made using organic ingredients in most cases. Tina Feeley, M.D., a paediatrician and member of the What to Expect Medical Review Board in Chestnut Hill, Massachusetts, adds, “It’s coming from organic milk from organic components.” “It’s really no different than families who chose organic goods, fruits, and veggies.” It’s essentially a matter of personal preference.” Organic formulas are frequently more expensive than non-organic formulas, so don’t be put off by the higher price tag, says Dr. Abelowitz. “When you look at the long-term and short-term results of those youngsters who were [organic versus non-organic], the benefits are fairly minimal,” he says. “They’re still there; they’re quite slim — so slim that we can argue that if the economics of money are a concern, it doesn’t justify doing it.”

Baby Formula Made from Soy:

Unlike milk-based feeds, this type of formula contains soy as a protein and either glucose or sucrose as a carbohydrate. However, the American Academy of Pediatrics recommends that soy-based formula be used only in rare circumstances, such as if your infant is intolerant to galactose, so see your paediatrician first. “It’s quite unlikely that you’d require that,” Dr. Feeley says.

Some newborns, such as preemies or those with severe disorders, may require special formulae. If required, your paediatrician will consult with you to determine which formula is best for your child.

You could see goat’s milk-based formula on the market, but Dr. Feeley warns, “Those we actually don’t suggest because raw goat’s milk can make babies anaemic and cause some severe electrolyte difficulties.”

When shopping for infant formula, you’ll discover that it comes in a variety of packages:

Whether you choose the convenience of ready-to-feed formula or the lower price range of formula milk, the ideal option for you depends on your budget, how much equation you go through, and where you want to use it.

4 Common Business Cybersecurity Mistakes and How to Avoid Them