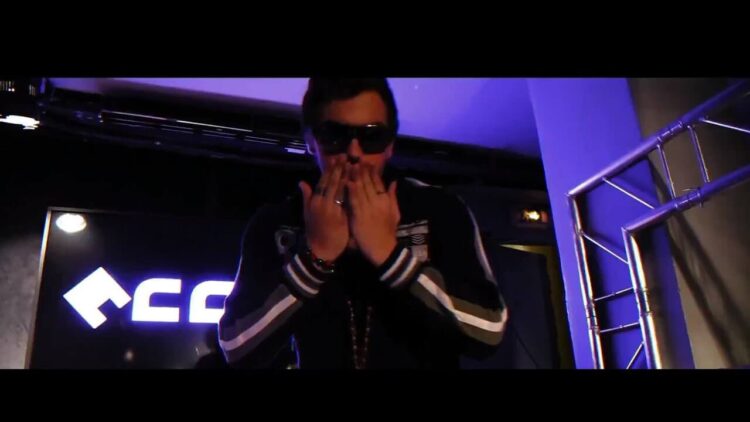 The NRJ 12 Mag team received this evening a UFO, the one who takes himself for the reincarnation of God and always brings everything back to him: Dorian Rossini. Revealed to the general public in “Tellement Vrai”, he appeared today on the program “DJ manual” on MCM with Bob Sinclar.

The NRJ 12 Mag team received a completely unusual character this evening: Dorian Rossini. The one who proclaims himself “reincarnation of God” literally stole the show from the other guest, the very charming Maud Verdeyen. In the casting of Star Academy 5, the pretty blonde appears in Hollywood Girls season 4.

Always trying to cut the others, wanting to impose his word, Dorian Rossini was there to talk about the new show in which he plays the apprentice DJ, DJ manual, broadcast since January 9 on MCM. Bob Sinclar’s mission is to coach candidates including Dorian.

That was revealed to the general public in Tellement Vrai , offered some revelations to Matthieu Delormeau including this one. “He refused to dance with the stars,” Dorian Rossini told live. If Bob Sinclar didn’t want this to be known, it’s too late. Especially since the D and his apprentice did not always get along well in the DJ manual. ” At first the contact didn’t go very well, ” said Dorian. It must be said that the latter offered him entry a featuring, to dethrone David Guetta. Also read How To Make Selfies With Dorian Rossini

The UFO Dorian also revealed to no longer be a heart to take (yes yes it is possible!). He has been in a relationship for three months with a certain Justine with whom he plans to move in soon. And if “the reincarnation of God” had a bandage on his right hand, it is because he injured himself while cooking for her. Life is off to a good start!

And if there is one who has not hooked at all with Dorian tonight, it is Aurélie Van Daelen. The columnist with a strong character did not fail to let him know. ” I find it impressive to bring everything back to his person ” she told him!

And because Dorian Rossini was there to throw everything out, he also indicated that he had twice taken over the casting of the Angels without ever having been taken … What a pity!