Everything You Need To Know About The Wells Fargo Lawsuit 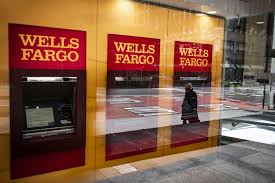 The Wells Fargo lawsuit is making headlines, and for good reason. The bank has been accused of victimizing customers with unauthorized overdraft fees. Read on if you’re wondering what’s going on with the lawsuit or if you’ve been affected by it. This post will give you a breakdown of what overdraft fees are, and all the information you need regarding the Wells Fargo Lawsuit.

What Exactly Is An Overdraft Fee?

When you get charged an overdraft fee, you’ve spent more money than what’s available in your account. Say you have $100 in your checking account, but you spend $105 daily. The extra $5 is considered an overdraft, and the bank will charge you a fee for overspending. Overdraft fees are around $35 per transaction, so if you overdraft multiple times a day, those fees can add up quickly.

When you have an account with a bank, the bank has a duty to decline a transaction if it will result in your account becoming overdrawn. If the bank had simply declined the transaction in the first place, you would not have been charged a fee.

The recent lawsuit against Wells Fargo is based on the bank’s unfair overdraft fees. Customers with a low balance at Wells Fargo may make purchases that will put their account in the red, resulting in a $35 automatic overdraft fee for each transaction. Wells Fargo allegedly permits these purchases to occur intentionally so that they may profit from the unlawful costs rather than having systems in place that would decline or freeze the account.

Overdraft fees are particularly painful for those consumers who can least afford to pay them. By having arbitration clauses that forbid customers from joining a class action against Wells Fargo, it seems they believe they can avoid being held accountable.

Arbitration is an excellent way to resolve disputes without going through the hassle and expense of a trial. An arbitrator, rather than a judge, presides over proceedings in private. Unfortunately, banks are increasingly using arbitration clauses in their agreements with customers.

Banks can resolve customer complaints quietly and without involving the court system by private arbitration. This protects them from bad press and possible class-action lawsuits. Not taking responsibility is unacceptable. Wells Fargo Bank customers may use attorneys to recover over-debt expenses from their bank accounts. Some firms specialize in defending Wells Fargo Bank clients in arbitration to get back overdraft fees.

If you believe you have been charged excessive overdraft fees by Wells Fargo and would like to join the class action lawsuit, you can supply your most recent bank statement to a professional who will proceed with your claim as soon as possible. By submitting this form, you could be eligible to join the arbitration.