Everything You Should Know About British Bulldogs Puppies Vaccination 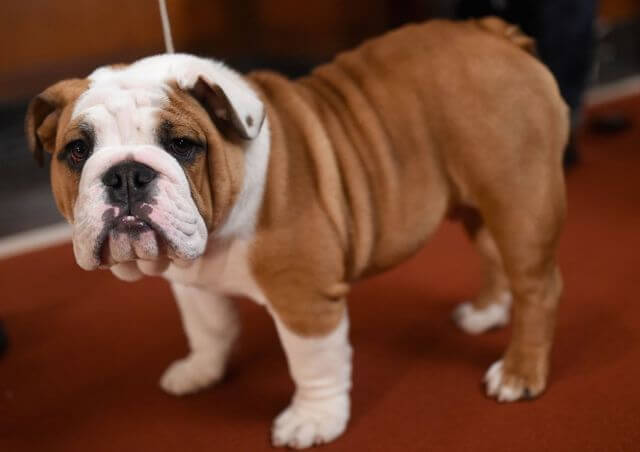 English Bulldogs Puppies Vaccination is a topic that many people are looking for information about. They are important because they protect against some very serious diseases. The first vaccine given to British Bulldog puppies is usually between 6 and 8 weeks old and then continued with boosters every 3-4 months until 18 months old when they should have had all the necessary vaccinations. This article discusses what Bulldogs need for their vaccination schedule, how often they should be vaccinated, why they need to receive these vaccinations and common misconceptions about vaccination,

It is important to know why vaccination is necessary for our four-legged friends. The vaccinations are designed to protect the wrinkly bulldogs against diseases like Distemper, Parvovirus (which causes gastroenteritis), Hepatitis, Parainfluenza, and Leptospirosis. English Bulldog Puppies Vaccination also protects Bulldogs against Rabies which is lethal to humans as well as these loving animals. These are some very serious health problems that every English Bulldog puppy should be protected from.

Another important reason why vaccination is necessary is that some of the diseases are very contagious. This means that if one puppy gets one of these diseases, it can spread to other puppies in the same household or at dog parks. Parvovirus for example can live on surfaces for months and even years if not properly disinfected. When a bulldog eats its feces, he can become infected because the virus is in his stool. The good news is that these diseases are rarer than they used to be because of dog vaccinations which have been around since the 1950s.

All owners of male and female English Bulldogs need to know how often their dog should be vaccinated. The bulldogs should receive the vaccine every three to four months until they are 18-20 months old and then once a year after that to protect against these diseases. Some people believe that because their bulldog never leaves the house, he doesn’t need vaccinations as often as dogs who go outdoors to play and interact with other dogs. But this is not the case because it only takes one dog to have contact with another to get him too.

Another disease that vaccination protects against is the deadly Distemper virus. The first symptoms of this disease usually appear within a few weeks after infection and can include: loss of appetite, vomiting, diarrhea, red eyes, sore nose, and mouth. The dog will have a fever in the beginning stages which can lead to seizures or even comas if not treated. The disease is usually fatal with up to 90% of dogs contracting it dying from the virus when untreated.

Common misconceptions about English bulldog puppies vaccination are that it just makes a dog sick and that it can cause a lot of problems. The truth is, however, that it doesn’t make the dog sick but instead prevents them from getting very sick or dying from a disease they could have been protected from if they had gotten vaccines as puppies. In addition to this, many people think vaccinations are only needed every year when they need to be given every three to four months depending on the age of the English bulldog and then once a year after that.

If you own an English bulldog puppy, he or she needs to get all their vaccines as young puppies so they can stay healthy and never have to deal with any of these horrible diseases. So contact your vet to set up the first English bulldog puppies vaccination appointment.