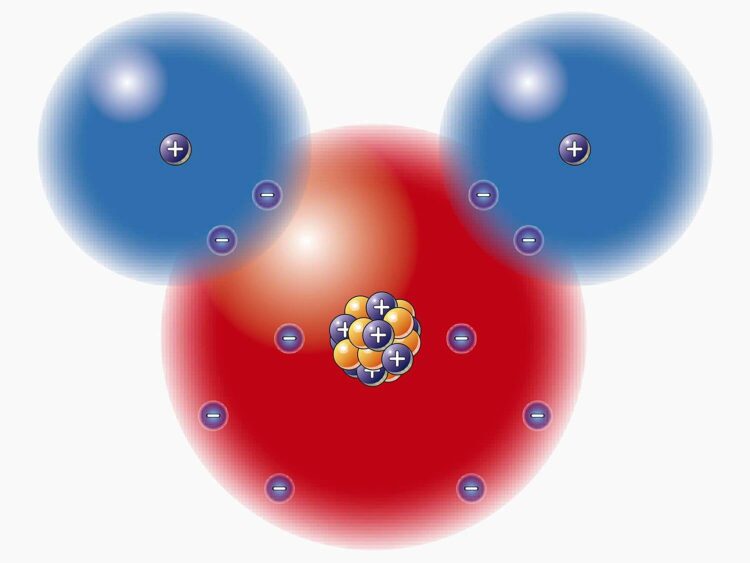 Chemical compound formulas are an abbreviated description of the structures of molecules and compounds. The ability to read and write the chemical formulas of compounds requires only a part of the knowledge of the chemical language.

Science relies on the accuracy of language to communicate effectively. These definitions will guide you in learning how to create chemical formulas for various substances.

Chemical formula represent what chemical components are present in an ingredient.

Atoms are the tiniest elements’ particles. They cannot be further broken down and maintain the distinctive characteristic for the particular element. Atoms contain three main sub-particles.

Protons (positive particles) and neutrons (particles with no charge) constitute the nucleus, also known as the centre of the atom and electrons (which are charged with a negative charge) travel through the nucleus. The electrons are tiny and play an essential role in the formation of compounds.

Molecules are the smallest component of a compound and possess characteristics of that compound. Molecules do not have a charge, so the negatives and positives are in opposition to each other. Ions are formed when a group of atoms (or just one atom) acquires or loses one or more electrons, resulting in positively or negatively charged particles.

Positive ions occur when electrons disappear or are removed. Negative ions are formed as electrons get added. Thus, it is clear that formulating chemical equations requires an understanding of the way chemical formulas function.

A symbol represents each element. This periodic table lists the elements and the symbols they represent, generally the first letter or the first two letters of an element’s name. Certain elements, however, were well-known for so long that the symbols they use are derived directly from the Greek and Latin names.

For instance, the lead (Pb) symbol originates from “plumbum”, a Latin word.

Chemical symbols with two letters are always characterised by capitalising the first letter, and the second letter is written lower case. This is a standard format to prevent confusion. For instance, the symbol Bi is bismuth, element 83. If you find the word BI, it’s the compound boron (B element 5) and Iodine (I, 53).

The order of numbers in chemical formulas provides specific details about the element or compound.

Number of atoms or molecules

The number before a symbol for an element or compound formula will tell you how many molecules or atoms are in the formula. If there isn’t a number preceding the symbol, then there is just one atom or molecule. For instance, take how the chemical reaction creates carbon dioxide.

The 2 precedes the oxygen symbol O. It signifies that reaction two oxygen atoms are present in this case. The absence of a number before that carbon symbol C and the compound formula CO2 prove that there is a carbon atom and a carbon dioxide molecule.

Chemical formulas with subscript numbers are the number of molecules or atoms just before the subscript. If there is no subscript following the chemical symbol, there is only one compound or element present within the molecules.

For example, in the case of carbon dioxide CO2 the subscript 2 that follows the Oxygen symbol O indicates the presence of two oxygen molecules within CO2. No subscript that follows the symbol C declares that only one carbon atom is present within the molecules.

More complex molecules such as the nitrate ion, NO3, will be enclosed within parentheses if more than one is present in the formula. The subscript will be separated from the parenthesis closing. For instance, the compound magnesium nitrate is written Mg(NO3)2. In this case, the compound contains two Nitrate molecules and one magnesium atom.

Meaning of Superscript Signs and Numbers

In the case of magnesium nitrate chemical formula for the reaction is as follows:

Superscript 2+ (which could also appear as +2 or +) indicates that magnesium ions have two positive charges in addition to the one it already has. The superscript – shows the nitrate ion NO3 contains just one negative.

Since the final molecule needs to be neutral, both negatives and positives must cancel one another out, resulting in zero. Therefore one positive magnesium ion and its charge 2+ joins with two negative nitrate ions with a negative charge in each to create the magnesium nitrate neutral molecule:

A lot of formulas employ Greek and Latin prefixes to define the number of atoms or Ions in the compound. Prefixes that are commonly used include mono (one or a single) or bi and di (two or double), tri (three) and Tetra (four) and Penta (five) and the Hexa (six) and the number hepta (seven).

When naming chemicals, certain words and abbreviations are commonly used. The positive ion or cation is a name for the element, using a Roman numeral in case the element is charged with multiple charges. If only one element is an anion or a negative ion, it is called a “root” element name with the ending -ide.

This is similar to oxide (oxygen + ide) or chloride (chlorine + ide). As anion’s nature is polyatomic, its name is derived from the name given to the polyatomic anion. Names must be memorised; however, some of the most common polyatomic ions are:

Balancing chemical equations has always proved to be ultra-challenging for most of us. To master it, we need to consolidate our sense of understanding the chemical formula, common compounds, and the technique behind the formation of these formulas. Once you understand this, identifying elements and compounds from their formulae won’t be tough for you. Also, you’ll be able to balance equations like a breeze!