Famous Celebrity Will Disputes You Didn’t Know About 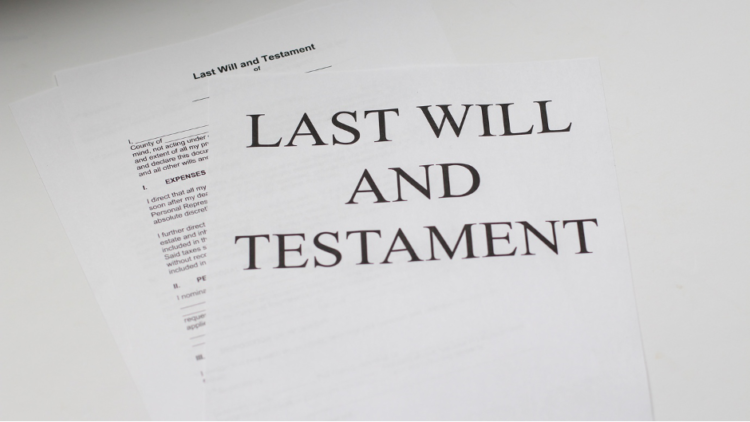 The last thing you’ll want when you pass away is for your loved ones to squabble over the money and possessions you leave behind. Unfortunately, these celebrities weren’t able to prevent that very thing from happening…

When we die, we all want to make sure that our family and friends are taken care of, and that we are able to leave behind a lasting legacy. Most people do that by creating and leaving behind a Will, which details our wishes and divides up how we want our assets to be passed on.

While we’d all like to think that something as important as a Will can’t be challenged, the reality is that anyone left out of a Will, or feels like they haven’t been properly looked after, can launch a dispute. Most of the time, these sorts of issues, such disputes with executors of Wills, can be resolved pretty quickly. But, when there’s a lot of money at stake, the situation can become especially sticky.

Naturally, celebrities with plenty of money to their name are often at the centre of Will disputes – many of which have the tendency to escalate out of control. In this post, we discuss some of the biggest celebrity Will disputes that you might not know about. Be sure to read on to find out more…

Celebrity Will Disputes You Should Know About

Martin Luther King Jr is one of the most well-known and influential activists of the 20th century, having played a significant role in the civil rights movement in the United States during the 1950s and 1960s, having been awarded the Nobel Peace Prize in 1964. He was assassinated in 1968, which then kicked off a number of issues related to his Will.

First, two of his children challenged the Will on the basis that Dexter King, another of his children and the executor of the Will, was wrongfully appropriating from his father’s estate.

This was then followed by a further argument between two of his sons and his daughter, with the dispute cantering on his travelling bible and Novel Peace Prize medal. A settlement was later agreed, with the exact details never being revealed.

The legendary Rockstar Jimi Hendrix died in 1970, leaving behind an estate said to be worth an eye-watering $80 million. The complication? He didn’t leave behind a valid Will, leading to a bitter dispute over control of his assets.

So, what was the damage? In short, his half-brother and adopted sister were locked in a bitter dispute over the control of his assets and a large part of his estate.

The longer story was that, after his death, an attorney had control of Jimi’s estate until 1995, with his father being given the rights to his music and estate. Jimi’s father died, but Jimi’s half-brother was not included in his Will.

When musician James Brown died in 2006, he left behind a huge estate worth in excess of $100 million. Good news for his wife and children, right? Wrong.

Brown’s Will stipulated that his estate was to be separated into two trusts: one for the education of his grandchildren and the other for the disadvantaged youths of South Carolina and Georgia. Nothing for his wife or children.

Despite that fact, his wife and children were able to successfully contest the will and were subsequently awarded the princely sum of $50 million.

The ‘King of Pop’, Michael Jackson, died in 2009, which led to all manner of bitter legal and financial disputes between his loved ones.

Those who were left most aggrieved following his death were his siblings, who were completely omitted from his Will. They ended up joining forces and signed a letter, claiming said Will to be fake and then called for the executors to resign.

Not only this, but there was also plenty of jostling over who should have custody over Jackson’s three children.

Bob Marley died without making a Will. However, this wasn’t necessarily an act of neglect, nor something he personally chose to do. As a Rastafarian, Marley was forbidden from acknowledging his own mortality. So, planning for what happens after death was a no-go, even though he and his family knew that he was dying from cancer for over a year.

An issue arose when two of Marley’s closest legal advisors launched a plan to entice Marely’s widow to forge a number of documents which were predated to a time before his death. The scam was uncovered, but Marley’s name and image rights still passed on to his heirs regardless. His brother then sought to take action after what he deemed to be a criminal attempt to deprive him of his share.

Robin Williams, who tragically committed suicide in 2014, left behind an estate worth $100 million. This then led to a public dispute involving his widow and three children from previous marriages.

In this instance, court proceedings weren’t required to reach a resolution. An out-of-court settlement was reached, which meant that his widow, Susan Williams, was permitted to continue living in the family home – though the other details related to the settlement have never been disclosed.

Have There Been Any Other Famous Will Disputes?

So, there you have it! As you can see from the examples in this post, plenty of celebrities’ loved ones have been involved in bitter Will disputes over the years. This possibly goes to show that the more money you have, the more likely it is that people will fight tooth and nail over their share.

Have there been any other celebrity Will disputes over the years? If you can think of anymore, feel free to leave a comment below!

How Does A Virtual Dressing Room Work?

Everything You Need to Know About Data Center Infrastructure Management

Things to Do in Dehradun