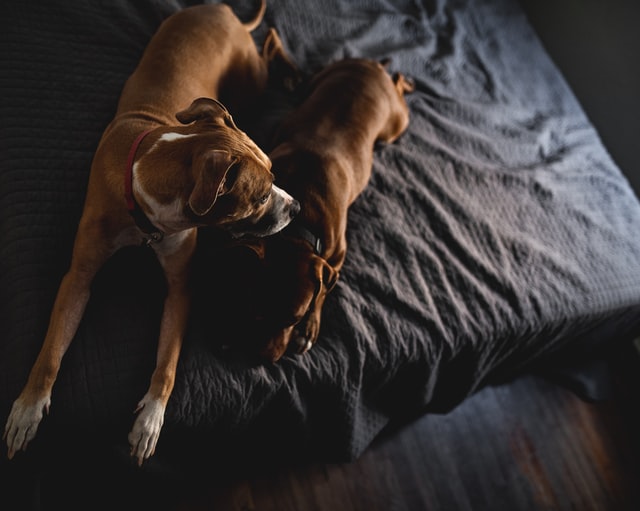 “Why is my dog  suddenly scared of strangers?”  This question has puzzled many owners of dogs. The dogs in question typically used to hardly care about being approached by friendly strangers but now cower between their legs whenever someone approaches. The fact behind this is, many of us are not familiar with the critical period or development stages of dogs when they tend to exhibit fearful behavior. As dogs progress through this critical period, they can gradually become afraid of situations they were once comfortable with.

In this guide, we will discuss What are fear periods, why and when they happen, and how canine lessons are helpful in this period?

What Are Fear Periods?

An apprehensive phase is a developmental or cognitive phase in the first year of a  dog’s life during which cognitive changes occur. The fear periods often come with suspicious changes, which can be alarming for a dog owner.

Actually, the fear periods have a functional purpose in the development of the dog, so they aren’t entirely dreaded. In this development period, the brain of a dog goes through massive changes and reorganizations.

When Do Dogs Experience Fear Periods?

The first fear period starts when the puppy is between eight and ten weeks of age. The period may last for a few days, but it can also stretch up to weeks.

The development phases may vary from dog to dog, as the second fear period may come later, during the adolescent phase.

The first fear period begins when the puppy is between eight and ten weeks of age. When a puppy is at this sensitive age, they are extremely vulnerable to distressing experiences. A single traumatic experience can have lasting effects on a puppy.

During the first fear period, a puppy will learn from its mother about the things that are personally threatening and those that are not. An anxious or cautious puppy will try to take fewer risks.

Naturally, this is the time when the puppy leaves his mother and other siblings, and goes to his new house. But some breeders feel that puppies should be adopted at a later age of this first fear period. Therefore, in most cases, puppies are sold at 12 weeks.

In most cases, dog owners barely notice the second fear phase. But the second fear period is even more significant, which results in increased weight, growth of spurts, and sexual maturity in dogs.

In this phase, dogs learn alongside their pack mates. As part of their survival training, they are taught to stay with the pack and run if they see anything suspicious.

A traumatic experience, such as shipping dogs via aircraft, should be avoided during the second fear period.

Guide For The Second Fear Period

General Tips To Have In Mind During Fear Period

Dogs can read your body language and emotions, so don’t act fearfully, or they will sense it. Don’t tighten the leash. Maintain a relaxed, loose attitude.

Stay a distance apart from your puppy where he does not react fearfully. If you overwhelm your puppy, you might make him more fearful.

In order to overcome your dog’s fear of certain stimuli, provide them with rewards like food or any other sort of treatment. Give your dog food whenever he sees a threatening stimulus, and take the treat back the moment the stimulus fades. The more you teach him that things that spook him predict good things, and this will be easy for him to overcome his adolescent fears.