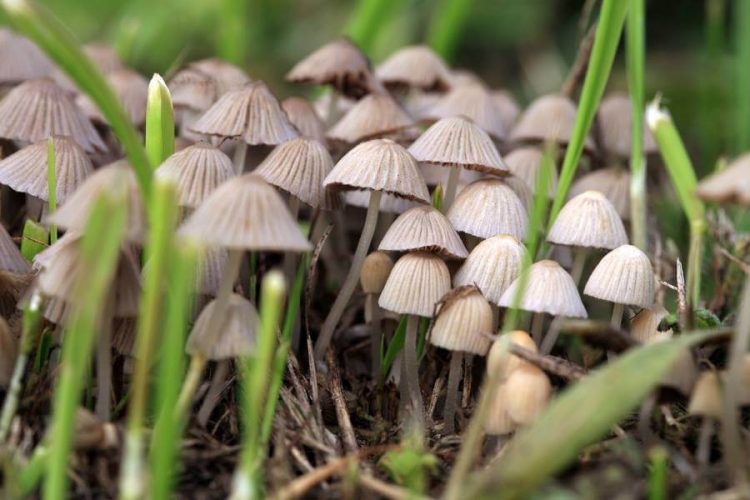 Hallucinogenic or magic mushrooms are a common drug of plant origin. They are a type of poisonous mushrooms that contain substances that affect the human psyche and cause various hallucinations (psychedelic trips).

What are the magic mushrooms?

Hallucinogenic mushrooms are a type of mushrooms containing a high concentration of psychedelic substances, which have a direct stimulating effect on the psyche, manifesting in the form of vivid emotions and sensations, as well as hallucinations.

There are two kinds of hallucinogenic mushrooms:

Given the mechanism of psilocin’s effects on the human body, the signs of mushroom use are pronounced and noticeable to others. The external behavior of “mushroom heads” is quite similar to the behavior of people who have consumed a large dose of alcohol. The main signs include:

Effects on the human body

Poisoning by hallucinogenic psilocybin mushrooms does not occur immediately but about an hour after consumption. The effect of the mushrooms on the body begins with a gradual excitation of the nervous system, a person may be lost in time and space (feeling of slowing down or speeding up time).

Movement becomes sluggish, then hallucinations occur: the addict may see images of people or objects popping up, which may cause the most unpredictable reactions: from excessive joy and a feeling of happiness to animal fear and a feeling of death. Suicide attempts are not uncommon as a consequence of the effects of mushrooms.

Scientists have conducted many studies on the properties of hallucinogenic psilocybin mushrooms. Psilocin has been found to be a compound with a very low toxicity rating, as well as a powerful psychostimulant effect that can have a positive effect on the treatment of various mental illnesses.

Psilocin, found in hallucinogenic mushrooms, can improve autobiographical memories by enhancing the interaction of different parts of the brain – this can help in the treatment of people with dementia, as well as other problems related to memory impairment.

Psilocybin hallucinogenic mushroom poisoning poses a similar danger as other drug overdoses. Any attempts at self-medication or untimely drug treatment are fraught with irreversible consequences, up to and including death.

In case of poisoning by hallucinogenic mushrooms, it is necessary to perform the following actions: