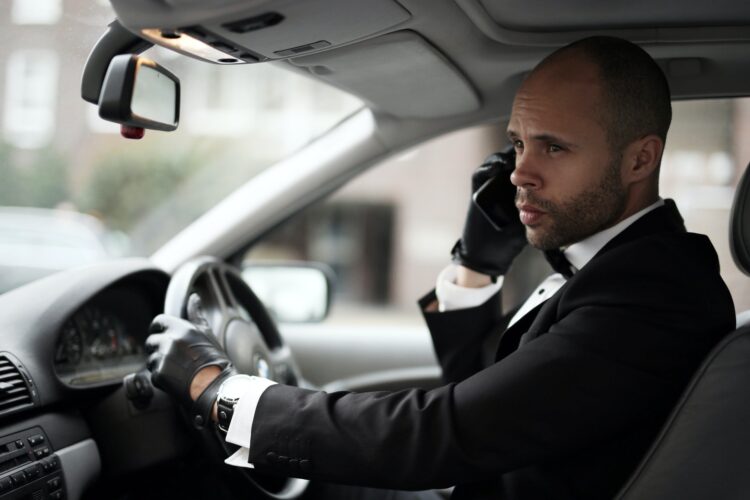 The extremely fast growth of Atlanta and surrounding areas has brought many positives to the region. There’s a lot to love about the capital of Georgia, but one concern that gets worse and worse every year involves the traffic. Specifically, the rise of car accidents in the area is becoming scarier and scarier for drivers actually to brave the most congested roads.

Drivers have a lot to worry about when they are in Atlanta. In many ways, a combination of issues has turned Atlanta into one of the deadliest cities in the United States regarding severe car accidents. What contributes to this being the case? These are the major reasons why numbers are trending in the wrong direction for Atlanta car accidents.

For cities growing like Atlanta, it’s tough for roads to keep up. The city has outgrown a lot of major roads, and it can take years for them to be brought up to par. This means that there is a lot of congestion in areas where people need to get to at a certain time.

Whenever drivers feel rushed, they are more likely to put themselves in vulnerable situations. They might be trying to go too fast in a crowded area, or there’s even a chance of trying to cut somebody off to zag in and out of traffic. More lanes on big roads could help, but everyone being patient can cut down car accidents for the time being.

In a lot of driver education classrooms, instructors teach people how to be defensive drivers. It comes in handy, especially with so many aggressive drivers in the Atlanta area. Too many drivers are becoming the aggressors, leaving everyone more susceptible to injury.

Whenever there is a list put together for the most aggressive drivers in the United States, Atlanta usually finishes somewhere in the top 10. Part of that is due to the frustration from roads being too small and congested during prime times. There’s also the case of people trying to cover miles and miles in a short amount of time since Atlanta, GA is pretty spread out.

Even when drivers are in a hurry, getting way too close to the car ahead doesn’t make much difference. Having road rage or driving with too much aggression leads to problems too. Everyone is trying to get to their destinations, so relaxing a bit instead of feeling stressed on the roads makes sense.

Every city claims to have its own unique weather, but Atlanta might actually have a case to make itself. They are one of the only major cities to experience the exact type of weather they get, contributing to the number of car accidents overall.

There can be some pretty intense rain showers and thunderstorms in the summer that cause flooding seemingly out of nowhere. A lot of drivers are trying to just plow through all the rain piling up, but that might not always be the best way to go. A good amount of hydroplaning can occur, or a car can get stuck if the water is deep enough.

It gets even worse in the winter, especially from a car accident perspective. This is when Atlanta can get just cold enough to cause ice or snow to hit the ground. Since most drivers in the south are not familiar with driving in winter conditions, they don’t take the proper amount of caution to cut down on potential accidents. Reducing speed, applying brakes gradually, and providing more space between cars all help cut back on accidents in the winter.

The city of Atlanta also can’t justify spending the same type of money on winter weather management as northern cities. While cities in the north have plenty of plows, salt, and more to combat winter weather, Atlanta is mostly left to wait for ice and snow to melt. This makes the roads very dangerous, especially if drivers are not taking enough precautions.

New Drivers in the Area

Finally, Atlanta, GA, is getting bigger and bigger thanks to transplants moving to the area. This means a lot of people driving who might not know all the ins and outs of the city just yet. They are constantly looking up how to get from one area to another and what they need to do to speed up their drive. They also might not know the local laws since they took their driver’s test elsewhere.

Transplants have always caused some of the driving issues in cities all around the United States. After some adjusting, it gets better, but there are always new people moving into the area that cause problems. Atlanta experiences these issues just a little bit more than most.

Everyone’s hope is to never be involved in a car accident, but having a plan in place by picking a law firm out can make life a little bit easier. That’s where Anthony Van Johnson comes into play. A lawyer serving the greater Atlanta area, he can provide legal assistance to get financial help and resolution as quickly as possible.

Most people don’t think of an attorney for a car accident until one actually happens. Planning things out beforehand reduces some of the panicking that goes through every person’s mind. Making just a few phone calls after a car accident is much better than having to do research and find solutions as fast as possible.