How do tankless toilets work 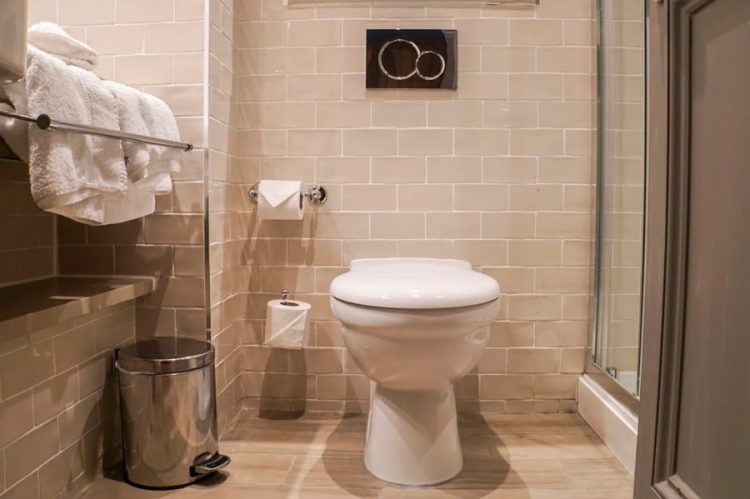 Have you ever wondered why some toilets have a water tank attached to them? Sinks and bathtubs are not attached to reservoirs, so why does a toilet need one? The reason is that most residential flush toilets work with a siphon, which is a tube at the bottom of the bowl fixture. The water that enters the toilet must flow fast enough to fill the siphon tube, allowing it to suck in and out of the toilet and everything else in the toilet.

Most domestic plumbing does not allow water to enter the toilet quickly enough to cause a siphon effect, so the tank provides a solution. When the toilet is flushed, the water held in the tank drops down with enough force to activate the siphon. Without this gallon or so of water pouring into the bowl at a time, the water simply spills over into the siphon tube and remains more or less even without actually creating a flush.

As the name implies, a bowl without a cistern is any toilet that does not use a water tank to clean its bowl. Instead, to toilets without a cistern, water flows directly from the water pipe at high enough pressure so that in one flush, human waste can be carried away through the drainage system. For the most part, these toilets are fed only by the force of water coming from the water supply system. In buildings with insufficient water pressure, such as most private homes, you can help tankless toilet along with pumps or other technologies that provide flushing.

Features of toilets without tanks

If you’re looking for a toilet without a cistern for your home, you’ll soon find that there are countless add-ons available. For example, some models allow users to adjust the amount of water used for flushing, depending on the nature of the waste. In other words, you can choose between conventional flushing for solids or partial flushing for liquid waste. Also available for some standard WCs with tank, this is an excellent tool to save water and a feature that is likely to be available on other WC models in the coming years.

Another plus of high-performance toilets without tank is the aesthetics. They usually have a sleek, modern design that takes up less space and is less visible than tank-style toilets. They may also be much quieter than standard toilets if they are equipped with a noise reduction system.

Toilets are by far the largest water users in most U.S. homes. According to the U.S. Geological Survey, toilets account for about 30 percent of domestic water consumption in homes, sucking 25 to 30 gallons (95 to 114 liters) per person per day [source: U.S. Geological Survey]. This is the equivalent of approximately 10,000 gallons (37,800 liters) of water per person per year. But that’s not all bad news: Today, homeowners are taking steps to save water, and toilets without tanks can help in that effort.

In the United States, federal law also addresses commercial bathrooms without tanks (i.e., Flussomers). The current standard indicates that flush probes use no more than 1.6 gallons per foot, although many manufacturers use 0.8 gallons per foot (3 liter). Urinals are also improving: U.S. Department of Energy standards for urinals are currently 1 gallon per foot (3.8 liters).

An important water-saving feature of commercial washers is that they can be designed so that users can push the handle in one direction for liquid waste and in the other direction for solid waste. The latter will cause a full flash, while the former will cause a partial flash. This double flush technology is becoming common in other parts of the developed world, including the UK and Australia, although it has not yet become so popular in the United States. With greater use of these features, water efficiency for all types of toilets is expected to improve. Recently, smart toilet have started to enjoy popularity. It also save water and have a large set of functions for convenience.