How Long Do Chimneys Last? When to Have Your Chimney Rebuilt 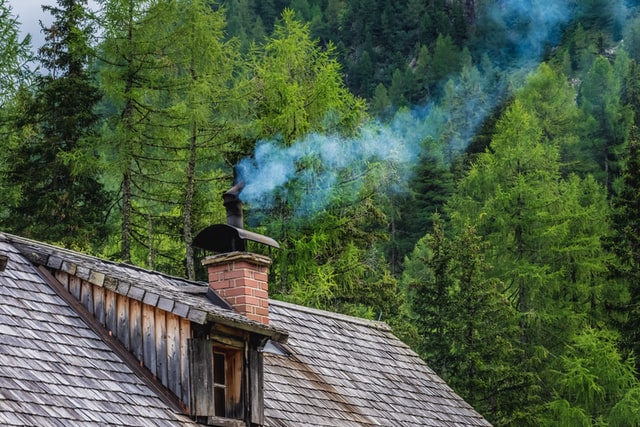 Rebuilding your chimney is important but an occasional activity of home maintenance. How long your chimney lasts depends on certain factors such as design, usage, location, maintenance, and cleanliness. The chimney system may become vulnerable if neglected for years and may make your fire unsafe for use. To help it last longer, get chimney repairs from Tradetech Roofing Limited.

Apart from providing warmth or a place to gather during winter, chimneys also add a charming look to your house. It can, however, feel overwhelming when you have no idea of how to go about chimney repairs. We intend to make that easier for you starting with finding out how long a chimney can last.

How long do chimneys last?

A well-built chimney should last around 50 to 100 years, but many have remained unchecked for decades. It is therefore essential that chimney inspection be done before moving into a new house. This is to evaluate any damages and come up with the steps needed for restoration purposes. Certain factors affect the longevity of your chimney’s life, including:

How to rebuild a chimney?

There are three options of rebuilding a chimney depending on the extent of the damage it has, which include:

When to have your chimney rebuilt

Most chimney repair issues can be solved with simple masonry repair, but there are moments when you will need some amount of reconstruction. Below are a few signs that will tell if your chimney needs a rebuild.

Big cracks on your chimney are good telltale signs that it is not structurally fit. Cracks can be caused by freezing and unfreezing weather, earthquakes, vines penetration, or a maintenance deficiency. Cracks can also be seen due to poor chimney foundations or soil footing. Small cracks are easily repaired, but huge ones will need the attention of a chimney specialist or stonemason.

Shaling happens when water seeps into the gap between the flue lining and the chimney making it a huge red flag. When you see the flue tiles falling into your fireplace, then it is time to have the chimney rebuilt. Falling flue tiles are a perfect sign the chimney is disintegrating from the inside; therefore, a rebuild will be needed.

Water is one of the most damaging elements of a chimney. White bricks come from water seeping into the bricks pushing the minerals and salts out onto the outer surface. Once pushed out, the water dries and leaves the salts behind, a situation called efflorescence. It is easy to clean the white stain; however, the problem is usually deeper than that as the salts behave like rust.

A chimney crown prevents rain and debris from entering and trickling down to the interior of your house. A damaged crown exposes the chimney to elements accelerating the rate of its deterioration. Extreme fluctuations of temperature will cause the chimney to crack because it is constantly expanding and shrinking, making it fall apart even faster. Regular inspection of the chimney crown is therefore very important and will eliminate such an occurrence.

The roof bricks become waterlogged due to water seepage resulting in chipping and crumbling bricks. Spalling bricks are a huge red flag and if you notice full bricks or stones falling off, call a professional immediately to assess the damage and come up with a repair plan. Bricks spalling means that the integrity of the chimney’s structure is very weak and needs immediate repair.