One of the key ingredients to increasing your company’s online presence is to use digital PR as a marketing strategy. A well-executed digital marketing campaign can lead to countless new customers and boost your brand’s online reputation.

However, certain digital marketing PR tactics often result in complete failure and damage limitation measures. In this article, we’re going to look back at some well-known digital PR fails.

While it might be cringeworthy to remember them, they will help us understand what could have been done to prevent them from happening in the first place.

If you’ve ever wondered whether a huge international fast-food chain could suffer from the stupidity of just two employees, the answer is yes. Back in 2009, in the early days of YouTube, two Domino’s employees filmed themselves preparing food, in let’s say, unhygienic ways and putting the video on YouTube.

This naturally caused an outrage. But this wasn’t the PR fail, exactly. The failure was a very late response from the company. It was one of the first instances where it is evident that a timely reaction could salvage a brand’s reputation.

Nestle’s request to YouTube to remove a Greenpeace video about the company’s use of palm oil remains one of the worst ever PR fails. Instead of facing the problem head-on and offering a response, they claimed copyright infringement.

Sony is a huge international company. In 2013, when hackers managed to gain access to almost 50,000 employee records, as well of a few new movie releases, the company chose to do nothing.

They were heavily criticised for the overwhelming inaction. Especially as they released their movies digitally regardless.

In 2017, United Airlines grabbed the international news headlines when they forcefully removed a passenger from a plane, even though the airline was at fault.

As if the public outrage wasn’t enough, the company management failed to align themselves with the same sentiment, and essentially repeated the mistake in a public statement.

How far would you go to promote your brand online? Well, the company’s digital marketing department chose to replace many Wikipedia photos with pictures of their products.

Some might say this was a bold choice, but others thought it was cheating. The photos were later removed. As a PR tactic, probably not the most effective approach.

The scale of the Fyre Festival PR blunder continues to amaze many. The festival was heavily promoted on all social media platforms,but when attendees showed up, they found themselves in a situation that resembled an episode of “Survival.”

Clearly, the festival organizers thought perception mattered more than reality – a tactic they came to regret. The PR fails were too numerous to count, so they were aggregated and put into a documentary.

Even the most reputable brands make huge PR mistakes. When Nikon launched an online campaign for their new camera and asked famous photographers to test it, the campaign backfired.

Of the 32 photographers listed, zero were women. The online backlash was intense, which is understandable because it didn’t seem like it was an oversight.

It seems Facebook and its CEO, Mark Zuckerberg, are in the news quite often these days, and not always for good reasons. A memorable PR fail was when the company had to pay out $5 billion in fines in 2019. It was revealed that Zuckerberg knew about the unsavoury practices of the company regarding users’ privacy.

When famous pancake chain IHOP rebranded their name to IHOB, confusion ensued. The “B” stood for “burgers”, which they’d added to their breakfast menu.

The problem was that the name was only temporary, and the campaign made it appear like it was permanent. Quickly enough, they reverted to the old name, leaving customers baffled.

10. Uber Fires a Third of Its Marketing Team

Uber has had its fair share of scandals, mostly involving claims of employee mistreatment. However, in 2019, their response was to fire nearly a third of their marketing team. That decision doesn’t seem like the best PR move, given the fact that the company’s practises, not their advertising, was the issue.

Most Digital PR Fails Are Preventable

Often, it’s easy to forget that behind all digital PR campaigns, there are real people. And people make mistakes. No one expects every marketing campaign to land perfectly. But certain digital marketing practises will ensure there are no big fails.

Things like timely response and sincere apologies are essential tools for damage control. But as a preventative measure, researching your audience is the best course of action. 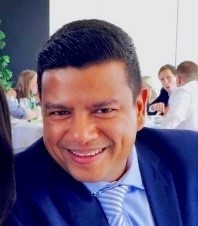 Hitesh is a digital marketing strategist and entrepreneur with more than 12 years of experience in digital marketing, start-ups, branding, and customer acquisition strategies. Hitesh is the CEO and Founder of Reposition Group, which encompasses a number of companies in the digital sector including SEO.co.uk, Reposition.co.uk, and Bouncezap.com, amongst others.

How you can make strong paper Boxes

Importance of Having WIFI Security Camera in Home and Office

How Do I Pay For Drug Rehab Treatment

Tips for Selling Your House in Nashville

8 Qualities Every Good Attorney Should Have

The rise of the home office in Malta

How to Avoid Hitting Your Internet Data Cap?

Increase Your Conversion Rate with a Solid eCommerce PPC Strategy

This Is How to Make a Philly Cheesesteak

The Self-taught Lawyer: 5 Situations that Don’t Require a Family Lawyer

How To Travel The World On A Budget?