731
SHARES
2k
VIEWS
Share on FacebookShare on Twitter
This is difficult to answer due to the many mixed opinions on indie artists as a whole. Often people associate money and creativity on different spectrums, claiming that successful artists are sell outs.
This can be true to some effect, but it doesn’t mean you have to sacrifice one for the other.
There is no soul to sell or goat to sacrifice. You either have the raw talent or eventually develop it.
Next is putting your music out there. Its actually quite easy to become an indie artist, being the fact that you can start your own label, and release your music on your own terms.
You can almost completely bypass contracts and small print that would generally come from a label signing by doing this. The downside is that you will have to learn to become your own agent, publisher, and advertiser.
A jack of all trades so to speak, which is a valuable trait despite the “master of all/ none” mentality that follows it.
Now you can produce your music and release it, while removing the worry of a contract from the equation.
Then it’s all up to the quality of your music.
This is tricky due to the fact that the music industry is so saturated.
Theres so much music out there, and so people trying to get their foot in the door, while admittedly closing it on others.
This is because you consciously have to understand that everyone is trying to be heard in a room of people yelling through megaphones.
The more people that are in that room, the harder it will be for people to find who they will want to listen to.
I can go over the theory of economics in the music industry for hours, but for the sake of the question, I’ll move on.

What I’m trying to say is that if your music is good enough, it’ll definitely be heard. Put it up on soundcloud, youtube, itunes, beatport.
The possibilities for distribution are endless.
Play at local venues and earn some extra cash while you’re at it so you can afford living expenses and studio time.
Always Remember !!!
Keep doing what you love!!!!
At the same time realize that the music industry is one of the worst career paths to follow.
It is one of the least financially rewarding and detrimental to psychological health due to the amount of stress involved with low wages and strenuous creative work.
That being said, it is a complete mistake to tell you to do it for the music and fans alone.
In fact, it’s quite an awful mentality to follow.
By doing this, not only are you devaluing your work, you are also devaluing your existence as an artist. You deserve to live happily. You deserve to live with food on the table and money to finance your lifestyle and career.
For me, it’s hard to grasp the idea that you are exercising your artistry for nothing in return. If it were a “perfect world” where all career paths are treated with “equal results”, this idea would be fine. But in the end, you’ve still gotta eat. And that’s what matters in the end.
It is in fact the goal of a musician or entertainer to make people happy, but how can one truly do so without being happy themselves? This is why the argument of selling befuddles me. Artists criticize each other for “selling out”.
But is that really That bad?
Yes, music is an art… But art is also a trade.
There is nothing wrong in doing what it takes to maximize your own utility, whether it be money or happiness.
It would be distasteful to say otherwise.
In the end, you are the one producing music. Not your audience.
Now this is a roundabout way of saying it but, the answer isn’t really clear.
If there was a definite I would tell you. 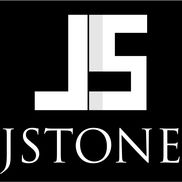 What I can say is to take everything with a grain of salt. The only way to be successful is to be persistent about what you love doing.
Only you can find out what works, and only you can decide what path you’ll take to success.
How fast it happens depends on your own talent, and complicated trend analysis.
Key Takeaway : “The only thing that can truly stop you is yourself.”
Relevant :https://www.acm.ac.uk/sell-distribute-music-online-independent-musician/

Roger Wolfson – Flex Your Creative Muscles with These 5 Hobbies

Do You Need an Extended Car Warranty?

How to Learn to Play Guitar Without Breaking the Bank

Getting the best advantages of using a best deal of phone

The importance of a good sight on your firearm

Choosing the Right Door Material for Your Business

How to get rid of wasps nests?

A Look at How Gold is Mined

What is the process for Passport Renewal in India