How to Choose a Solar Inverter 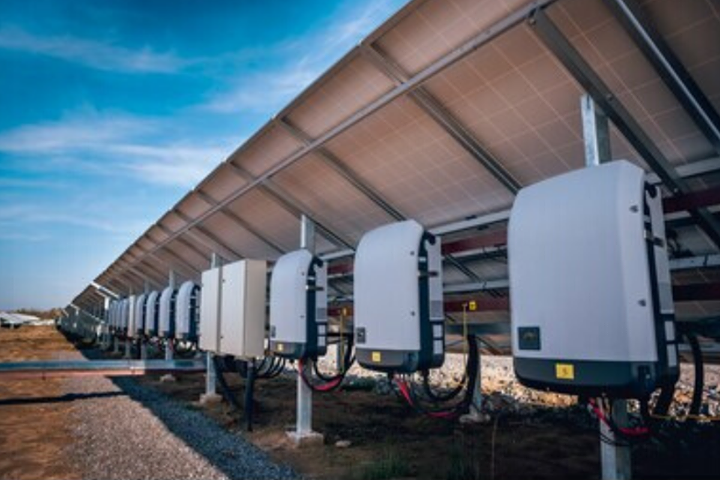 The first thing you are going to come up against when looking at solar inverter is which of the dozens of brands available in the market should you trust to put on your house? Well, the simplest way I know to advise you is to show you how to choose a solar inverter simply.

Now, what you might not realize is that the component of your solar system that is most likely to fail in the first 10 to 15 years is the inverter. So for that reason, if you have limited funds, I would go for a premium inverter over a premium panel.

That’s because, as I say, it’s most likely to fail in the first 10 to 15 years, and you want to have a quality that’s A, not as likely to fail and B, if it does fail, you are going to get excellent service, and they are not going to quibble over the warranty.

And the more you play, the more chance you have that’s going to happen.

Now what you probably don’t realize is that the standard warranty with a solar inverter is only five years. But there are plenty of brands that currently offer ten years warranties. As I said, this is the most likely component to fail in the first ten years, so go for a ten-year warranty.

You might as well because they are available on everything from the budget ones through to the premium ones. You may have to pay a couple of hundred dollars more for a ten-year warranty, but it’s worth it, in my opinion. So insist on a ten-year guarantee with your inverter. Now let’s talk about microinverters.

Microinverter is a special kind of teeny-tiny inverter where you put one little inverter on every panel. Why would you go for these? Well, they have several advantages.

One: They optimize each panel individually. What you might not know is that with a conventional inverter where you have one inverter per solar system. If one group gets shaded, maybe a bird poos on it that drags down every other panel in the string to the same level, so you lose power at all the groups.

Imagine you have got a hose with water going through it. You stand on the tube in one place, it reduces the flow in the entire hose, and that’s what happens with the current through all the solar panel. So someone invented a microinverter. They optimize each panel individually so it one board gets wiped out by bird poo, the others hum along just fine.

The other beautiful thing about microinverter, if you are that way inclined, is you can monitor each panel’s power. To be honest, I have got microinverter, and after about six months, I have not looked at the personal control of the groups. But if you want that monitoring, it’s there. This disadvantage of microinverters is generally they will add about 20 percent to the cost of your solar system. You do have an inverter per panel, so they are more expensive.

Another option if you don’t want microinverters is the central inverter with things called DC optimizers. These are little, cheaper boxes of electronics that you put on your solar panels that give you the panel level optimization. Often slightly less expensive, but generally works out around the same, about a 20 percent premium if you want this individually optimized panel. So that’s microinverter, versus central inverters, versus DC optimizers.

When I talk about oversizing, I’m talking about installing more solar panels than what your solar inverter is rated at. Many people saying, I have got a quote for solar, they have offered me a five kilowatt inverter, and 6.6 kilowatts of panels. What’s going on? Am I going to blow up the inverter? Am I going to lose energy? This is called inverter oversizing, and it’s a brilliant design move. There are a few reasons.

Most electricity networks in the world will only let you have a maximum of five kilowatts of the inverter. Now the guidelines say you can oversize this capacity by 133 percent and still claim the rebate. So, for example, that will be putting 6.6 kilowatts of panels on a five-kilowatt inverter.

In terms of operation, it’s safe, you are not going to overload the inverter, and in terms of energy production, you get a whole lot more energy. Now people worry that the mismatch, the 6.6 kilowatts of panels, and the five-kilowatt inverter, you will clip the energy.

Well, you will sometimes, but only on a perfect day. That 6.6 kilowatts of solar panels will very rarely give you 6.6 kilowatts because of losses in the system. And to offset that, generally, the harder you work the inverter, the more efficient it is. So if you have got more solar panels that what the inverter’s rated at you are working that inverter harder, and you are generally getting a more efficient system.

So, you are getting much more energy from that inverter. And the icing on the cake is the way the solar rebate works is it’s based on the number of panels, not the size of the inverter. So you are getting that extra 1.6 kilowatts of panels at a very steep discount.

Sometimes, almost for nothing, just the cost of the installation and the racking because of the way the solar rebate works. So I always recommend, when possible, oversize your solar inverter with extra panels.

Now, batteries are all over the news at the moment. And batteries are high for a lot of things, but they are still costly and unlikely to pay for themselves. So a lot of people are thinking, I want to add batteries in the future. Smart move. Do you need a particular type of battery compatible inverter? No. You can add batteries to any solar inverter using a technique that I won’t get too technical about called AC coupling.

What that means is it goes in on the AC, that’s the 230 volts wires that your whole house runs on you just connect the battery into those two wires. It’s a bit more complicated, but what it does mean is that an AC coupled battery system.

Like the Tesla Powerwall, 2 or plenty of other systems can be retrofitted to any solar inverter. You do not need to buy a special inverter to be battery compatible. Good news.

And seriously consider a third-party monitoring system. At the time of filming, my favorite is one called solar analytics, it adds about 300 to 500 dollars to your system, but it gives you an excellent insight into how much energy you are using and how much solar you are generating. And more than that, it will send you an email if it thinks anything is wrong with your system.

That’s an excellent insurance policy against getting big bills if your system fails or underperforms. So if your inverter doesn’t have excellent solar monitoring and consumption monitoring, I strongly advise getting a third-party monitoring system.

So that was a reasonably long instruction about solar inverters, but they are significant. They are the beating heart of your system, and they are the first thing that’s going to tail on a system. It’s going to be on your roof for 30 years if it’s good quality

If you want microinverters, if you have a problematic roof, if you have shading, if you like the idea of more monitoring, consider microinverters or their little brother, DC optimizers. Talk to your installer about that. Insist on a ten-year warranty, push hard on that one. You should get a ten-year warranty on your inverter because they are available.

Oversizing, don’t get freaked out if your installer offers you a smaller inverter that the size of your panel array. It’s a perfect design, a cost-effective design. In terms of adding batteries to your system at a later date, don’t worry about it.

As I said, a good AC coupled battery system can be retrofitted to any solar inverter. Don’t be talked into a battery compatible inverter. You don’t need it.

Finally, monitoring, in my opinion, is essential; it’s the icing on the cake that makes your solar system bulletproof. Hence, you know if something’s gone wrong, and lets you look at your consumption and manage it to get the tiniest bills possible.

Ask your installer if you get solar monitoring and consumption monitoring with your inverter. If you don’t, I highly recommend a third-party monitoring system.