How to choose the best brand for Rubik’s cube.

by James Vines
in How to
Reading Time: 3 mins read
0 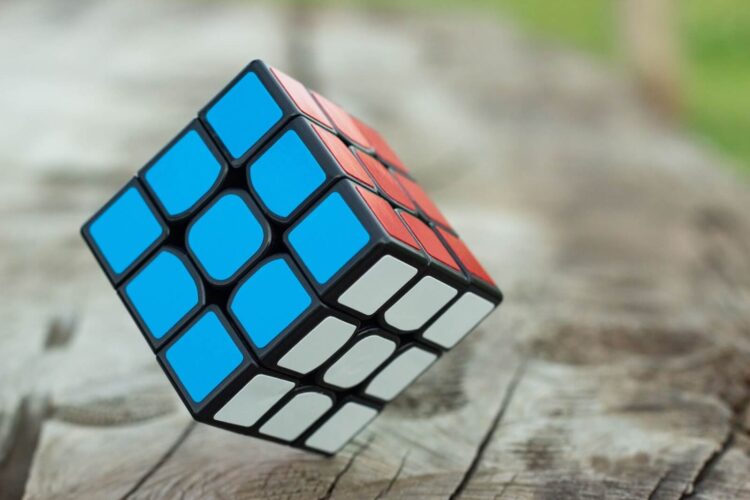 Rubik’s cube has become a favourite pastime for many people in recent years. If you are aware of Rubik’s cube’s popularity or are a newbie, you may know that it can be used for a variety of purposes. Solving this puzzle can help you improve your problem-solving skills. It can also help you boost your concentration and decision-making abilities. The cube can also be used to improve your memory and patience.

Here are a few things to think about before purchasing a Rubik’s cube:

If you want to practise speed cubing, opt for a Rubik’s cube that moves smoothly and quickly. The smoother the movement, the more quickly it functions.

Think of a Rubik’s cube that is comfortable to handle and solves without feeling strange. It should be stable, and the blocks should not juggle, as this may cause you to lose concentration. Every cuber needs a stable speed cube. This determines if the cube flexes and if it deforms a lot. Less stable cubes tend to pop more often and warp, which is not something you want.

If you are a beginner, you won’t be doing crazy moves at first like 5-10 moves per second. But, if you do it later on, it is best to get a stable speed cube for it. Just so you know a popped out piece during an official solving competition is an auto disqualification for that round.

The movement of one layer overlapping another is referred to as catching. Such movement can wreak havoc on your puzzle-solving abilities and result in sloppy corner-cutting. Look for a cube that has strong corner-cutting capabilities.

To ensure smooth movement of the cube, most Rubik’s cubes incorporate an adjustable tension element. The bricks will not pull out while you are working on the problem this way.

While some Rubik’s cubes are composed of coloured blocks, others feature colour stickers. Choose a Rubik’s cube with stickers that have a strong adhesive and do not easily or rapidly fall off. This allows the Rubik’s cube to work for longer periods of time. As an alternative, you can get a Rubik’s cube made of ABS.

There is no best speed cube, as many other speedcubing champions would concur. While all speed cubers agree that some Rubik’s cubes are bad, the best speed cube is ultimately a matter of taste.

As previously stated, there is no universally best speed cube; however, it is critical to be able to evaluate them in order to discover which is best for you. The key qualities of a speed cube will be compared.

Speedcube’s control depends on multiple factors, but the most important of them all is its turning speed. Faster cubes have less control and they tend to overshoot while performing algorithms. However, the new trend of magnetizing cubes has contributed a lot in giving cubers more control.You can magnetize some speedcubes yourself but it is not easy with all of them because of their inner design.

Today many speedcube manufacturers are selling already magnetized cubes which give you a lot more control when performing algorithms. However, I wouldn’t necessarily recommend them for absolute beginners because these 3×3’s feel different and it is good to learn cubing “naturally”. This is just my opinion and you can learn cubing on a magnetic cube but I wouldn’t do it.

You might be wondering what corner cutting is? It’s a speed cube’s ability to turn even if the vertical face isn’t perfectly aligned due to overshooting while conducting algorithms, which happens a lot while speed cubing, hence it’s an important feature to have.

Because most modern speed cubes allow for 45-degree corner cutting, speedcubes beat Rubik’s brand cubes in this area. This means that when the top face of a cube is shifted 45 . degrees forward, it can realign.

keep the cube together, and by altering them, you may bring the layers closer together or create more space between them, reducing or increasing friction.

Because the qualities of cubes are a matter of personal preference, fine tuning them is a genuine delight. You may make your speed cube tighter or looser by modifying its tension, which impacts almost all of its features.

So to sum it all up,

You’re well on your way to having a positive speed cubing experience after reading this speed cube purchase guide.

If you are a novice, you should choose the cube with the features you enjoy the most because this will decide how you spend your first few months of this wonderful hobby.we tried our hardest to give the best speed cubes for all sorts of cubers and budgets. Hope you find the article helpful!