How to Let Your Employee Go – 10 Empathetic Firing Tips 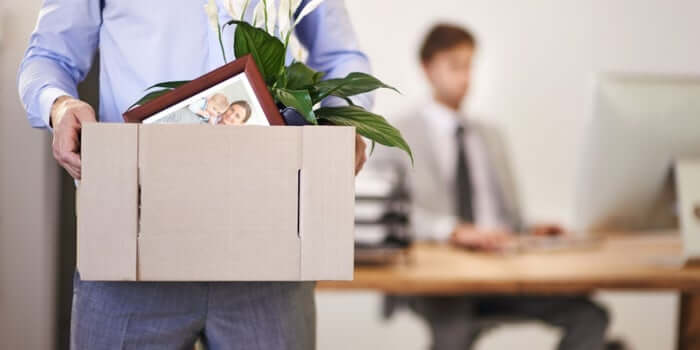 Poor job performance can be a stressful situation for someone in charge and sometimes it can become the reason to fire someone. After all, your business matters too, and more often than not, low performers have to go. However, saying “you’re fired” can be very challenging for any boss, and it’s only natural that you’re looking for ways to stay compassionate yet decisive.  We’ve got your back with that. In this article, you’ll find 10 empathetic tips for firing someone and coming to a settlement agreement in a civil way. From being honest to avoiding mixed signals, here you’ve got everything you need to know about the hardest part of your job.

Not a monologue. Not an interrogation. Not a lecture. Don’t fire someone without having a conversation first and don’t start the conversation by saying, “You’re fired.” That’s not a conversation, that’s a monologue, and it’s one that you’ll regret. Instead, start the conversation by asking questions and listening to the answers. Listen to how the employee describes what’s happened, or what hasn’t happened, and what he or she thinks is the future of the situation. Listen, probe, ask more questions, listen some more, and then decide what you want to do about the situation.

Before you fire him or her, you need to know your reasons for doing so. This way, you can be sure that those reasons are well-founded and well thought out. If you have to fire someone because of performance issues, for example, then you need to know why they aren’t meeting your required standards. Otherwise, you might find yourself in a situation where you fire someone because they’re late to work frequently, but they’re actually working overtime to complete all of their tasks because they haven’t been given enough resources to get the job done in a timely manner.

It can be tempting to talk about terminating someone if things aren’t working out with them, but it’s best not to talk about anything related to termination before it actually happens. The same goes for talking about the possibility of termination before you know whether or not it will happen. When you talk about it before or after the fact, it can give the impression that you’re either looking for someone to blame or you’re trying to make yourself feel better about the situation, even though you may actually be trying to make it easier on the other person. By doing this, you can create situations where you’ve communicated two different signals at once, one that says “I expect more from you”, and one that says “I don’t think we can work together anymore.” You also run the risk of making the employee feel demeaned or criticized when they haven’t necessarily disappointed you in any way.

It can be very hard to fire someone. However, it can be even harder to do it without telling them the truth—if they deserve it—about why you’re firing them. This is because most people want their bosses to be honest with them, even if it means letting them go for reasons that they don’t agree with. Employees appreciate honesty and tend to respect the boss who has a good reason for letting them go. However, that being said, you should never tell an employee that he or she is being fired because of something personal. Instead, use business-related reasons for why someone isn’t working out in your business.

Avoid Firing Someone During a Crisis

Firing someone during a crisis situation is never a good idea. Even if the firing is justified, or needed, it sends an entirely wrong message that makes people believe that you only care about business at that moment and not about individuals or people in general. In addition, such firings make people feel like they could be fired any day now due to business reasons as well, as if nothing matters except for profits and sales, even though that isn’t always true. Finally, it can make people feel like the company they work for isn’t stable in any way, which isn’t good for business in general. So avoid firing anyone when your business is having a crisis and wait until things calm down before doing anything else.

People get fired from jobs all the time, sometimes because they deserve it and sometimes just because of bad luck, but no one likes getting fired. The thing is, getting fired from a job makes people feel like their lives are falling apart around them, especially when they have no other source of income coming into their lives at that moment and possibly no hope of securing one right away. This feeling causes people to feel desperate and scared, two emotions that are already prevalent during times of unemployment and periods where people are struggling financially because they have no paycheck coming into their homes at all times of the month.

When people feel desperate and scared, they often do desperate and scary things in order to get by, which may include taking legal action against their former employers for wrongful termination or collecting unemployment insurance benefits after quitting or being laid off from their jobs instead of when they were actually fired from their jobs. Either action is something that employers would like to avoid whenever possible because of how much time and money they can take up in courtrooms or government offices if an employer doesn’t keep his or her word when it comes to terminations, layoffs, or other changes in employment status. So keep your word about terminations whenever possible and try not to let your employees get desperate and scared by making promises that you may not be able to keep, like keeping their full-time jobs when you plan on making them part-time or outsourcing their jobs to another country.

Termination Is a Life-Changing

People are fired from jobs for a variety of reasons. Sometimes they deserve it, and sometimes it’s just bad luck or circumstance. Whatever the case may be, the moment that someone is fired is still a life-changing event, albeit one that the person either asked for or was forced to head in that direction. The good news is that this isn’t the end of the world for them. There are other opportunities out there, especially if they’re willing to do some searching on their own and take advantage of job leads and networking opportunities that others can provide. There are also bad times that come with being fired from a job, so it’s important to remember how tough it can be on people before you decide that they need to go, especially if their performance issues can be improved upon through some training or formal education.

Be Careful Not to Get Emotionally Involved

When you fire someone, it’s easy to get emotional in the moment. You don’t want to fire them but the situation will not improve unless you do fire them. This can make you feel like you’re losing control over your business, especially if you are letting an employee go because of performance issues. However, if you get too emotionally involved in the situation, then you run the risk of firing someone who doesn’t actually deserve to be fired. Make sure that you’re not getting emotionally involved when you have to fire someone as this will help you stay objective and rational about the situation so that you can make the best decision possible for your business.

It can be difficult for anyone to fire someone from his or her business. The fact that someone has lost his or her job is enough reason for him or her to feel upset about the situation, but it can also be difficult for employers to deliver the news because most bosses don’t like having negative conversations with their employees in the first place. That being said, it’s important to remember that most negative conversations are much easier to deliver than positive conversations. So don’t sweat this one too much. Just stay calm, stay professional, and stay polite throughout the entire termination meeting and any others that follow afterward. Doing so will help you keep your emotions in check and your cool no matter what happens during the meeting or afterward.

Remember that your employees are people who have their own lives and their own struggles. Before you decide to fire someone make sure you have a conversation with them first. You want to hear all their reasons for their poor job performance before you fire them. If it is something that the company is lacking, then you can find a way to fix it to ensure that it doesn’t happen again. If it is nothing that the company can do, then make sure you have a plan ahead for when you do need to terminate an employee’s contract. Make sure that their termination will not land you in hot water either. When you fire someone it changes their whole life, so make sure that it is absolutely necessary first. Hopefully, these tips helped you gain a better understanding of how to let your employee go. If you have any questions about how to handle termination situations or how to let your employees go more effectively, then don’t hesitate to ask!