How to Prevent Death Toll After Train Crash 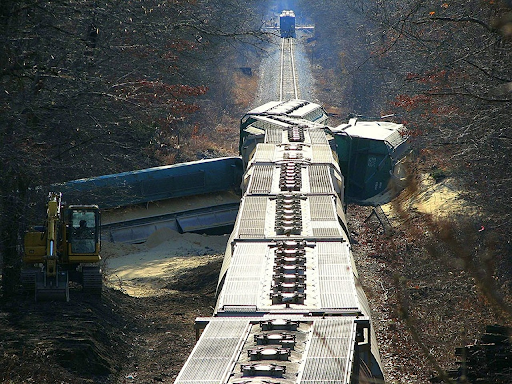 Death toll means the death from any particular accident that often occurs due to a train or car crash. Although railway travel is one of the safest ways, accidents happen.

Train accidents are hazardous because of the railroad’s speed, the size of a train, and its weight. According to the Federal Railroad Administration’s Office of Safety Analysis, there are more than 1,000 train derailments yearly. And among them, 600 are caused by human error while 400 are due to the defected track.

Usually, train accidents are extremely dangerous and cause serious injuries. At the same time, getting compensation for the damage is tough. And that’s where you need to consult with a train accident attorney.

However, let’s discuss the reasons for train accidents.

What Are the Common Causes of Train Accidents?

There are many reasons for train crashes; here are some common causes –

If the train conductor is inexperienced, a train crash can quickly happen. Even an experienced person can make a mistake that may harm others. If the conductor is exhausted, he cannot operate the train safely. They would run the train since it’s their responsibility.

There are many different reasons for negligence. Some may cause the company itself. While, somewhere, the railroad employees could be careless. At the same time, the government itself can neglect some accidents.

Also, if the crossing arm is operated incorrectly, we can say its negligence. Another example of failure is if the operator does not turn on the signal light.

More than half of railroad accidents happen because of unprotected crossings. At the same time, more than 80 percent of rail crossings lack sufficient warning facilities like gates or lights. However, the common reasons for unprotected railroads are poor visibility, malfunctioning signals, obstacles that block the driver’s view, etc.

To ensure safety, the railway company and the train operator do their best to do everything they can. Still, a crash could happen due to mechanical failure or defective parts.

When the train runs off the rail, this is known as derailment. A train can run off the rail because of conductor error, collision with any object, defective wheels, or mechanical issues on tracks.

The details of a train accident need to be inspected to find the fault and the proper compensation. According to the Department of Transportation Act of 1966, the Federal Railroad Administration is bestowed with authority to promote railway safety regulations.

Anyhow, it is the responsibility of the commuter and railroad companies to ensure the safety of all. Even though they are fully responsible yet they are not always accountable. Moreover, personal injury also is included in train crashes. That’s why when any train accident takes place; this should be investigated properly.

How to Prevent Train Death

You should follow some steps to avoid train death when you are near the railroad tracks.

Do Not Assume the Train Track Is Not In Use

Due to the train-car collision, train crashes could fall out. Hence, never think that the railroad track is not in use.

Keep in mind, never stop on the train tracks. If you see a red signal, then stop 10 yards from the track. This will prevent any trapped.

Check Out For Trains In Both Directions

Another reason for train crashes is people often do not notice another train coming from the opposite side. So, check out for trains on both sides and then cross the line.

Report To the Railroad If Any Feature Is Not Working

If you find any feature is not working like the light or signal, report to the authority immediately. They will take the initiative to fix the issue.

The railroad has some rules and regulations; read them and follow them properly. This helps prevent death due to the train crash.

Never Drive To a Lower Gate

You should not drive near a lower rail gate even if you cannot see the train. Trains are usually the fastest vehicle; this would come in front of you within seconds, leading to a severe injury.

The train crash is severe compared to other vehicle accidents. So, one needs to be careful while crossing the railroad. Also, the rail authority should do everything to ensure safety.