How to Unblock NOW TV While Travelling

by Ellen hollington
in Tech
0

Planning a vacation abroad? Nice, that’s definitely going to be quite an adventure – especially once all the COVID-19 stuff starts to calm down.

You probably have most things figured out – the transport, accommodations, sightseeing, restaurants, etc. But don’t forget about the entertainment! If you love binging NOW TV at home, you’ll definitely want to relax with it on holiday too, right?

That might be a bit difficult, unfortunately. NOW TV only works in the UK and select EU countries. We’ll tell you which ones and also discuss how to unblock NOW TV on holiday in this article. If you’re in a hurry and already know we’re going to mention VPNs, these VPNs are best for NOW TV. Feel free to come back if you have other questions, though.

So let’s get started!

What Countries Can You Watch NOW TV in?

Keep in mind you can only watch NOW TV in those countries up to 30 days at a time. If you plan on taking a longer holiday, you’ll be out of luck. When the 30-day limit passes, you’ll need to watch NOW TV in the UK again. Once you do that, you can binge its content abroad again.

Based on that information, NOW TV will either whitelist or blacklist your access.

Here’s How to Unblock NOW TV Anywhere in the World

Not going to countries where NOW TV is available? No problem – just bring a VPN with you. It’s an online service that hides your IP address, so it masks your geo-location.

Basically, you’ll connect to a VPN server which will route your connection requests to NOW TV. That means the site will see the requests coming from the VPN server, so it will only see the server’s IP address.

You just have to use a VPN server in the UK, and NOW TV will think you are physically located in the country. Then just start enjoying all the content you want. 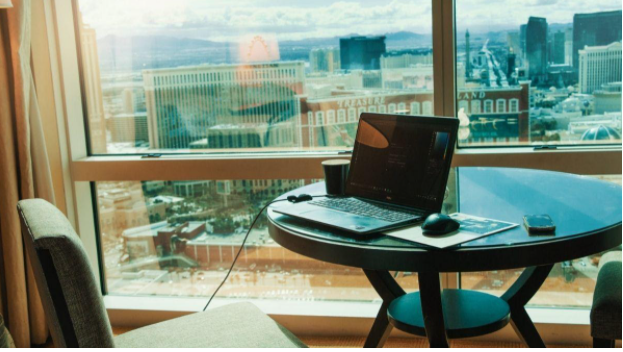 Having trouble picking a VPN? No problem – these VPNs are best for NOW TV. ProPrivacy checked them all to make sure they unblock the site. And their guide has an excellent comparison of all services.

Afraid You’ll Get Slow Speeds? Here Are Some Tips

It’s true, VPNs can lower your original speeds. And hotel speeds aren’t known to be exceptionally fast, so using a VPN can result in some pretty slow connections.

Don’t worry, though. There are some things you can try to improve your VPN speeds:

Use a Lightweight Protocol

Most providers and online articles recommend using OpenVPN. Some services even have it selected by default.

It’s true that OpenVPN offers excellent security, which few protocols can beat. But here’s the problem – it’s extremely resource-intensive (anywhere between 70,000 and 600,000 lines of code). So if you don’t have high original speeds, you’ll very likely get a lot of lag and buffering.

So try using speedier protocols for watching NOW TV. We recommend IKEv2 since it’s both secure and very fast. Alternatively, try L2TP/IPSec, WireGuard, or SoftEther (not a lot of providers offer it, though).

PPTP can be good for streaming too, but don’t use it for anything else since it has very weak security. Also, many of the top providers have dropped support for it.

Use UDP Instead of TCP with OpenVPN

If the VPN only supports OpenVPN, or you just want to use that protocol, make sure you pick UDP instead of TCP in the settings.

To make a long story short, UDP is much faster than TCP because:

Overall, all that tech talk means you’ll get much faster speeds with OpenVPN over UDP. We’ve seen 100+ Mbps boosts (download and upload) in our experience.

Use a Wired Connection

Unfortunately, this tip won’t really work for hotels – unless the router is in your room, and the staff lets you hook up your device to it directly.

If you’re renting an apartment or house, though, you should give this a try. Ask the host if it’s okay to do this first, of course.

Basically, your VPN connection will be slower on WiFi because the strength of the signal has a huge impact. If you’re not in the same room as the router, you’ll get slower lower speeds because the walls interfere with the signal.

With a direct connection to the router, however, a weak signal isn’t a problem anymore.

Use a Smart DNS

This is an online service that also unblocks websites. But unlike a VPN, it doesn’t hide your IP address. Instead, it changes your DNS settings and routes your traffic through proxy servers to help you unblock sites like NOW TV.

The best thing about a Smart DNS is the lack of encryption. While that means you get zero security, it also means your original ISP speeds don’t slow down at all.

And don’t worry – you don’t need to get a separate service. Many VPNs offer Smart DNSs as additional services. Surfshark, CyberGhost, and NordVPN all have one.

Did a VPN help you, or did you use a different method? If you did, what was it? Also, what other tips do you use to improve your VPN speeds while watching NOW TV abroad?

Please tell us about that (and anything else you want) in the comments or on social media.

Tags: these VPNs are best for NOW TV
Previous Post

HOW KIDS CAN LEARN MODERN GREEK THROUGH ANIMATED VIDEOS

6 Steps to Create Digital Content for Your Business Successfully

How to Choose Ideal Windows Barrie Style for Your Home

Why Above Ground Pools Are Better

11 Smart Home Tools That Need in Every Home

How to find your router’s IP Address?

Stock Market Crashes: What Are They and What Causes Them?

5 Reasons why your Kid Should be Playing Golf

Why Mothballs are Bad for Children and Pets

Traveling To The American Mid-West from Abroad

7 Steps to Take Immediately After a Car Accident