Know More About the 59 Chinese Apps Ban in India

What’s the first thing we do in the morning? Check our mobile phones and look out for any updates. For news and movie downloads, we have a UC browser, and for entertainment, we have Tik-Tok. But, soon, you have to make a slight change in your daily habits as the government of India has banned 59 Chinese apps that were a part of our daily lives. This decision came on the late evening of 29th June 2020.

The decision was not at all shocking as the feeling of patriotism was already in the air, and the youth of India was already moving in the same direction. The influencers, too, were promoting the Indian alternatives, and negative rankings were already a rage.

Why was the Decision of the Chinese Apps Ban Taken?

We all are aware of the 2020 India- China skirmish on the border. The Indian government tried its best to have a healthy discussion over the dispute. However, before making the third attempt in the same direction, PMO again made a masterstroke decision to ban the Chinese app. Prime minister Narendra Modi is famous for hitting the opponent where it hurts the most. India had a market of 300 million users who were using the Chinese app.

However, on 29th June 2020, the government released a statement where a list of 59 Chinese apps was released on the pretext of hampering the sovereignty and a threat to the privacy of its users. The decision to ban Chinese apps was taken after a detailed evaluation as they were engaged in activities termed as prejudicial to the sovereignty and Integrity not just of India but also to our defense and security of the state as well as the public order.

The ban is enforced under the section of Information Technology Act, 2000, that is read as; “Power to issue directions for blocking for public access of any information through any computer resource.” It comes under section 69A, and it is imposed on the sites and apps that breach the security protocols by exposing the personal information of their users. The officials played safe by not naming the third party misusing the data.

However, the officials said this decision was long pending as they hade received several complaints about these apps were soliciting the data and further leaking it outside India. In light of the unauthorized phishing, this action was necessary.

The Following Apps were Banned: 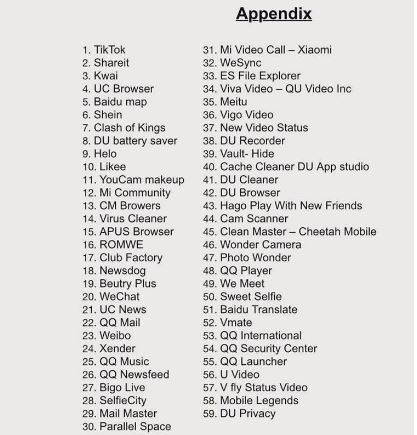 What are the Possible Benefits of Chinese Apps ban?

The Chinese apps ban eroded the dreams of China to make a digital silk route. India had a base of 300 million active users of these apps. However, the ban on these apps drastically hampered the share markets too. This decision can be considered a digital war. The government is leaving no stone unturned to show the importance of the Indian market. India has been a pioneer in taking many necessary decisions. It is a very crucial step for letting China know that their double face policy will not work.

This ban can help in shaking the economy of China as these apps constitute the majority shares in the digital market.

What Could go Wrong with the Chinese Apps Ban?

These apps might have been helping the Chinese economy but they are also creating many employment opportunities in the Indian markets. There are many people who have been benefiting from these apps and their offices. Also, the other nation might retaliate on this move and try to make things worse. However, this may not have any major dip in their economy as India is the only country banning their digital apps. However, still, there are many apps and economic activities adding to the Chinese economy.

Apps that one might use to replace the banned Chinese apps:

The social media platforms are no longer a choice, they have become a necessity and as individuals, we understand that banning these apps might bring a vacuum in our lives. There was a time when we had other apps which were later on replaced by the banned Chinese apps. If we were surviving before, we can survive again. Here are the apps you can use in the replacement:

It is a social media app where a person can communicate with the world through videos. It is a content-sharing app and has gained a lot of popularity amongst the youth of India. It alone has over a hundred million users and thousands of new users are being continuously added. It recently came into limelight for ‘YouTube vs Tik Tok’ battle. It seems that YouTube has won. Ever since this fight started the Indian users started negatively rating this app.

Since it is a video sharing app there are 3 best alternatives to it. One can use Instagram IGTV or YouTube and Snapchat in the replacement of Tik Tok. However, there are many Indian apps like Roposso taking benefit of the situation and attracting the fan base from this app. One can even see the Indian influencers promoting Roposso and asking their fans to download it and shift their support on this app.

it is a file transfer platform that helps to share all kinds of multimedia and files within a fraction of seconds and sometimes minutes. It was a very convenient and easy way to share files even with iPhone users. However, this app has to be boycotted due to the ban on Chinese apps. One can perhaps use Google files go, for transferring files. There are many other Indian apps that help in file transfer and one can easily opt for them.

it is also a social media platform to save videos and creativity. Hence one can easily replace it with Instagram IGTV or YouTube and Snapchat. There are many Indian apps that serve the same purpose and one can start using them.

We all have been aware of this browser and have been using it for ages. It is a very good platform where one can even download movies in a fraction of minutes. UC Browser was very informative but we have to let it go and can use Google Chrome or Mozilla Firefox in its replacement.

A geographical location sharing app that helps in ease of communication with Maps. Google maps and HERE maps are the best alternative of it and more efficient.

It is a very famous online shopping platform. It has gained popularity amongst the masses due to the amazing fashion choices it has to offer. However, they have been into controversies earlier due to their shipping methodology. The best and sustainable options are Myntra, Flipkart, and Snapdeal.

The gaming sector is booming due to pandemic. The lockdown had a positive impact on the downloads of Clash of Kings. However, one can always opt for the famous and family game Ludo King.

It has been saving the battery and optimizing it when we are in need of it and have no charging facility around us. There is no replacement for it as of now. The available ones are lacking efficiency.

These are the social media platforms that are less popular than TikTok but have interesting themes to offer. These platforms are merely for entertainment but can be replaced by Indian apps that serve the same purpose.

It is a utility app that helps in beautification of the images we take This purpose can be served by Snapchat, G cam, or open camera too.

The sole purpose was to keep the Mi users updated and have an open forum for them. Reddit can easily replace it with more informative and credible sources.

This internet browser was quite annoying and filled our notification trays. Hence, it will be best replaced by Google Chrome and Mozilla Firefox. Also, it was a less popular app and hence, there will be really less effect on our day to day lives.

Utility Apps that have been prey to Chinese apps ban: 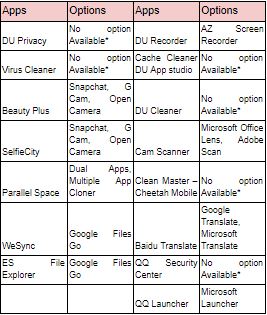 Shopping Apps that are now banned in India:

RomWe and Club Factory: The products of these brands were always of questionable quality. Hence, one can now rely on brands like Myntra, Flipkart, and ShopClues.

There are many other apps that have been banned and we already have alternatives for them. The brands have also started posting an official statement to calm down the chaos and to come out clear of the allegations. 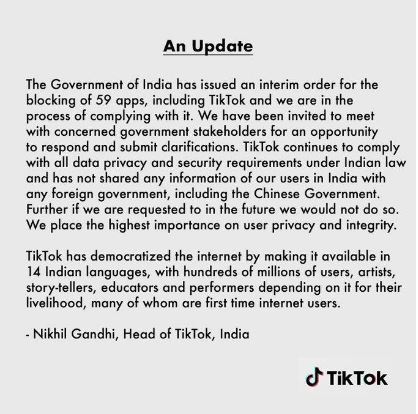 The official account of TikTok India released this statement as it has always been the center point of controversies and has faced the ban in the previous year too.

How save is Poland for Travel?

The important things to know about ABA therapy for autism

The Rise of Online CFD Brokers

HOCUS POCUS 2 RELEASE DATE AND WHAT IS STORYLINE? EVERY UPDATE KNOW SO FAR

Some unique coloring pages for children

What are Popular hoodies brands

Ensure to Hire the Best Pest Control Company near you

6 Signs of Depression You Shouldn’t Ignore

Common Dedicated IP VPN Issues and How To Fix Them

What is an Antitrust Violation?