Looking for the Best Inverter for Home? Keep These 3 Points in Mind 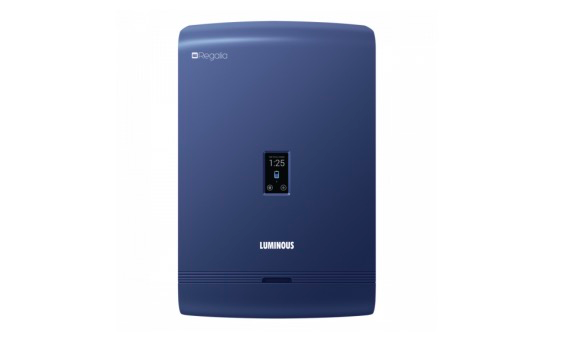 Now that the summer season is here, we will see the temperatures rising across the length and breadth of the country. This in turn will lead to a meteoric rise in power consumption across households as people would be using heavy load  electrical appliances  such as air conditioners and air coolers to keep their homes cool. And as we can tell from our past experience, this increase in demand for energy often leads to frequent and long power cuts.

The only way to deal with these power cuts is to bring home an inverter that provides you sufficient power back-up. So, if you too have been thinking about buying a home inverter, here are a few important points to help you find the best inverter for your home.

VA Rating is a measure of the amount of voltage and current an inverter delivers. Here’s the formula for calculating VA Rating.

**Note – Power factor ranges between 0.65 to 0.8. For convenience of calculation we are assuming power factor as 0.7 in this case.

If we sum this up, the total power requirement would come out to 892 Watts.

Considering there may be an increase in peak load in the future, it is advisable to go with an inverter with a higher VA Rating of 1500 VA in this case.

To understand the two technologies and how they differ from each other, we first need to understand what an inverter does. Well, the primary function of an inverter is to convert DC (Direct Current) to AC (Alternating Current). The two technologies differ in terms of their efficiency. For example, the efficiency of Sine Wave Inverters in terms of converting DC into AC is much higher as compared to Square Wave Inverters. Another advantage of choosing a sine wave inverter over a square wave inverter is that unlike Square wave inverters that get heated up and produce a humming noise, the sine wave inverters operate much smoother.

You can refer to this table for a better understanding.

Inverters are rated in VA and Volt .

In the above scenario we already calculated the VA Rating as 851 VA. And we finally decided to go for an inverter with a VA Rating of 900 VA.

Now let’s say we need to choose between two inverters

Ready to Buy the Best Inverter in India?

If you want to buy the best inverter in India we recommend you to check out the wide range of inverters Luminous has to offer. The good thing is that whether you need a basic inverter to power a few tube lights and fans or a heavy duty inverter to run your air conditioners, washing machines and other heavy duty equipment, you will find all of that at Luminous India’s website.