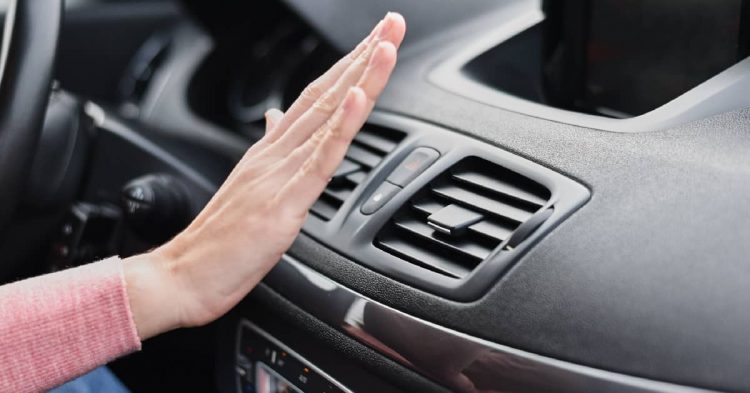 Many cars produced for sale in warmer countries or parts of the country come with air conditioning. It’s deemed essential when the air outside is warm and simply opening your windows won’t cool you or the car down.

Of course, many people don’t use the AC in the car until they need it, that’s when they discover it’s not blowing cold.  The best thing you can do is find out more about your local specialist and get them to look at the issue for you.

However, it always helps to have an idea of what is of going on. That’s why you should know the most common issues causing your car’s air conditioning not to pump out cold air.

Your car air conditioner operates a sealed system that is filled with refrigerant. This is the liquid that absorbs the warmth in the air and allows ice-cold air to come into your car.

This refrigerant is continually compressed by the engine, it allows it to move through the tiny tubes which is where warm air moves over it. This step also converts the compressed gas back into a liquid form. It’s now a mixture of refrigerant and warm moisture absorbed from the air. The fluid passes through a dryer to remove the water before it can complete the circle and be compressed into a gas again.

The repetition of this process thousands of times means that the refrigerant becomes less capable of removing warmth from the air and the dryer may not remove all the moisture each time.

In short, the refrigerant isn’t as effective and it needs to be recharged to restore its compression and efficiency. It is possible to do this yourself but it’s safer to let the professionals do it.

It’s a good idea to regularly check under the hood. You’ll be able to see if any of the fluids in your car are being lost. A reduction in cooling fluid can mean a head gasket issue, reduced quantities of brake fluid often mean the brake pads are worn and need replacing

But, in all cases, lower levels can also mean you have a leak. Leaking refrigerant is bad for the environment and can even cause accidents.

You’ll need to get the professionals to look at the system and replace the leaking part before refilling and recharging it.

Problem With the Fan Motor

The fan motor plays an important part in keeping your engine cool. You’ll often hear it cutting in and out as the temperature of the car rises.

If there is an issue with the fan motor the car will struggle to cool itself and this places strain on all the other systems, especially the AC which relies on a steady engine temperature. Hot air surrounding the engine will increase the temperature of the air going through the AC unit and make it difficult for the unit to produce cold air.

Whatever the issue, it’s best to get your local experts to take a look as soon s you realize there is an issue. It’s generally cheaper that way and certainly more pleasant to drive in the heat.