PROFESSIONS THAT LET YOU CARRY A FIREARM 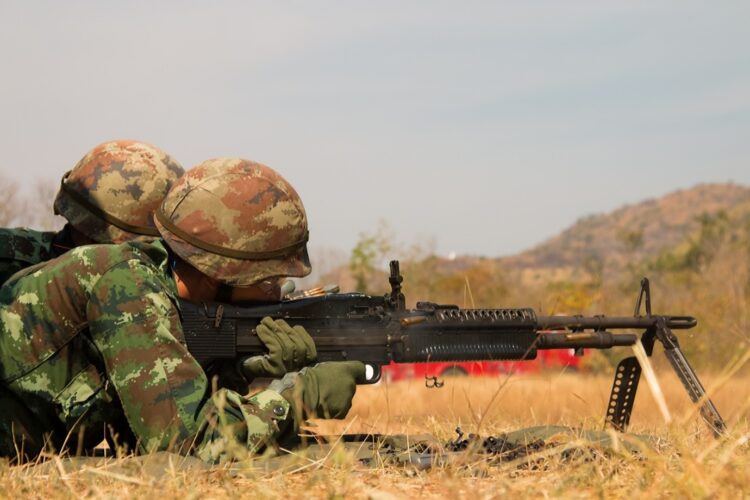 America is quite divided when it comes to keeping a gun in the house, but almost everyone agrees to the usage of firearms in hazardous jobs. It is common knowledge that law enforcement is trained and allowed to have guns. But, you would be surprised to find out that so many job profiles will enable you to carry legal firearms. Continue reading this article to learn more about the jobs that mandate carrying a gun.

Military: the first one on the list is obvious; of course, the military carries firearms to protect one from terrorists and enemy attacks. The LEOSA law permits the military to carry a gun and use it accordingly. Visiting a boot camp can see soldiers having modified machines. They install add-ons to make their weapons more efficient and sturdy. For example, they often attach a lower receiver that holds the trigger and hammer and has a slot for the magazine.

Police: A policeman is as powerful as the gun he carries. A firearm not only protects a police officer but also gives him the courage to enter unknown territory. The law enforcement officers receive extensive training on carrying a gun and when to use it. Police cannot and should not shoot at suspects just because they might be involved in criminal activity. In America, police brutality is a reality, and many innocent victims, especially young people from the black community, were shot to death mercilessly. The police must wait and give the suspect time to surrender; however, the guns do come in handy handling difficult situations.

Private Investigators: People often hire a detective to solve complex situations. Private detectives spend an awful lot of time on computers doing research online. But even though they spend a considerable amount of time planning and strategizing, they have to face precarious situations; therefore, they acquire a license for carrying a gun.

Teachers: A teaching institute is the last place you would consider one to have a gun. But unfortunately, many accidents happened over the years when someone entered the classroom and randomly shot at unarmed teachers and innocent schoolchildren. Many a time, the attackers of such incidents were found to be suffering from mental disorders or driven by rage. Therefore, the teacher must have protection against the looming danger. Some states allow teachers and educators in selected institutions to carry guns as a preventive measure.

Firearm Instructor: It is natural for a firearm instructor to carry a gun. He teaches one how to use the machine to defend and protect oneself from danger. He also shows how to take care of the gun. Therefore, the state law allows a certified trainer to carry his own licensed gun to protect himself.

Private security: You have often seen celebrities are escorted from place to place by their personal bodyguard. The security men are armed with loaded guns. The rich and the famous frequently attract negative attention from the media and the public; therefore, there is a constant chance of their getting harmed by some strange man they have never seen before. The celebrities hire a bodyguard for protection from the fans. These fans and stalkers can do physical harm to the stars, which is why private security guards are allowed to carry firearms as a means of protection.