Self-Expression Inspires Ayrton Jimenez to be a Musician 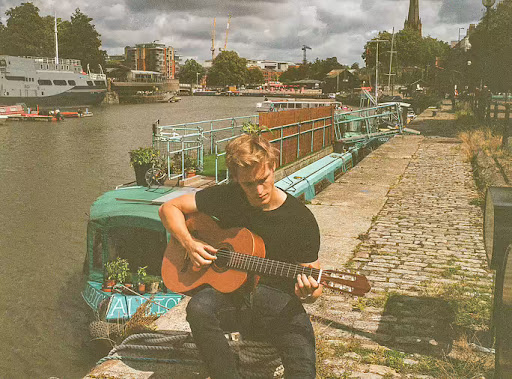 The purest form of self-expression that one can find is art, and nothing compares to music when it comes to using art as means of self-expression. For years music has given people a language to communicate in a manner that ordinary words cannot. The language in which music speaks is beyond the reach of any limitations, language barriers, cultural differences, and any other biases the world is contaminated with. Music has enabled several individuals to find a way of self-expression through the channel of its melody.

Many lost souls found their purpose in life with music. It has led them to find a way to express themselves through not just words but vocals, tunes, beats, chords, and chorus. Aspiring musicians have found music as their way of self-expression and marking their spot in the world. It has enabled them to convey what their heart has to say in a way that words fail to describe.

One such up and coming musician is Ayrton Jimenez, for whom music is more important than anything else. A singer and songwriter, Ayrton sheds light on how a young guy experiences love, sorrow, and navigating the modern world in his songs. Ever since he began his career as a musician, he has developed his own distinctive style by mixing the warmth of his Latin heritage with the scrupulousness of his singer-songwriter background. In fact, he claims that he is a man with an old head on young shoulders and he creates a very enthralling sound by playing virtuoso guitar with sensitive, personal songwriting.

Ayrton Jimenez developed an early affinity for music while growing up and he learnt classical and flamenco guitar. After years of guitar schooling and success in national music competitions, he quickly developed a passion for songwriting. His early musical education at the Southwest School of Music honed his songwriting skills.

He dominated the live music act in Buenos Aires, packing up venues and opening up for well-known Argentinian performers like Merry Granados. He has released many compelling new tracks since moving back to Bristol, playing with various musical styles and sounds.

Since playing guitar was his first love, many of his main influences were guitarists like Jimi Hendrix, Eric Clapton, Gary Clark Jr., and John Mayer. Ayrton Jimenez explored some great songwriters, including The Beatles, Prince, David Bowie, and Kate Bush, while he honed his craft as a singer-songwriter.

This talented singer-songwriter strives to build his own distinctive style by drawing inspiration from a diverse spectrum of musicians. He places a high value on creating music that influences listeners’ emotions and thoughts. His greatest successes are when his music have had a favorable impact and opened up a new perspective to his listeners.

Moreover, he has always had to strike a balance between his love of music and other pursuits, like his schooling or full-time employment. His significant challenges as a musician are time and resource-related, as he often had to get up early the next day for work or school. He would spend many hours producing and recording music at home before heading out to perform live. Although it is a busy lifestyle, it is very gratifying!

Ayrton has loved music since a very young age. He was five years old when he sang Elvis Presley songs to his class. When he first started playing the guitar at the age of eight, he instantly fell in love with composing.

Before learning to produce recently, he was primarily a songwriter. This greatly aided his artistic development, as evidenced by one of his recent singles, “Plastic Paradise,” where Ayrton veers away from his traditional acoustic style and experiments with more non-conventional production.

Undoubtedly Ayrton Jimenez has carved a niche for himself in a short span of time. However, he believes he still has a long way to go as far as his journey in this cutthroat music industry is concerned. His passion and dedication towards music and creating engaging songs keep him going, which is quite evident in how Ayrton commits himself to each song he produces.

All we can say is that the sky is the limit for this talented young musician!