Sexual Harassment: What Is It? 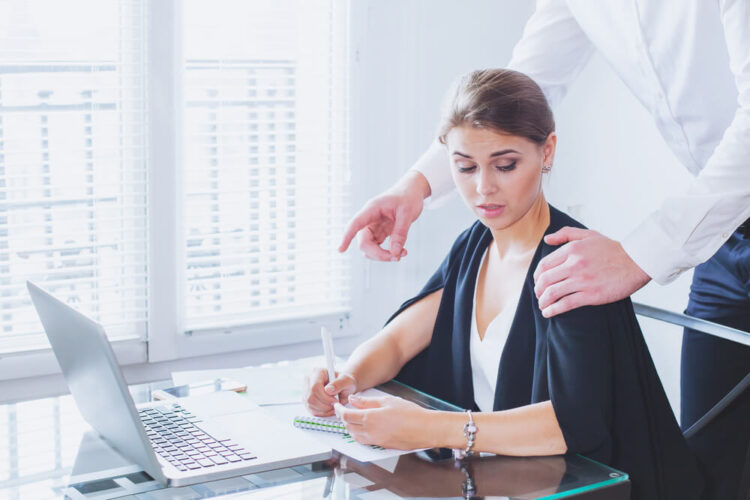 But for most people not working in the upper echelons of Hollywood, sexual harassment continues to occur in the workplace. Three quarters of women in the military say they’ve personally experienced sexual assault or sexual harassment and Google employees worldwide recently protested their company’s failure to take high-level harassment seriously.

When the #MeToo movement made headlines  years ago, the country was forced to wake up to the magnitude of a problem that had been kept secret for decades. “It’s about time,” wrote Philadelphia workers’ compensation attorney Dennis Abrams. “For so long women were silent, thinking there was nothing you could do about it, but now the law is on the side of women, or men, who encounter harassment, and that’s a good thing.”

Why Do Harassment Laws Matter?

The workplace should be a safe place that provides equal opportunities for advancement, but for victims of sexual harassment the workplace can be discriminatory and downright scary. Work is a source of income and other benefits, but it is also a key source of individual identity and self-esteem. No wonder workplace harassment so often bleeds over into other areas of workers’ lives, causing or exacerbating personal or family distress, as well as physical and emotional problems.

What Is Sexual Harassment?

The Department of Employment and Fair Housing (DFEH) defines sexual harassment, in part, as “a form of discrimination based on sex/gender (including pregnancy, childbirth, or related medical conditions), gender identity, gender expression, or sexual orientation. …[It] does not have to be motivated by sexual desire.” Threats can be blatant or implied. Examples of harassing conduct include unwanted sexual advances, leering, displaying sexually suggestive objects, derogatory comments, offering benefits in exchange for sexual behaviors, threatening or taking retaliatory action.

Sexual harassment laws are designed to help workers stop harassment when they experience or witness it, regardless of their title or status. In the ideal scenario, an employee subjected to fondling or other inappropriate touching at work should feel confident telling the harasser to stop and the perpetrator should stop. Both employees should then be able to work together in a mutually respectful way.

It’s a tall order. Even in the best-case scenario, harassment may continue to rear its ugly head. Employers can better their odds of stopping harassment by taking it seriously and acting appropriately:

What if Saying “Stop!” Isn’t Enough?

An employee who takes a harassment complaint to HR should be able to count on HR to investigate properly, determine the truth of the charge, and take appropriate action to create a harassment- and retaliation-free workplace.

Although employers are legally obligated to take these steps, employees may feel dissatisfied with how investigations are handled, or they may be uncomfortable going to HR in the first place because of company culture or how past complaints have been handled. In such cases, employees have the option to file complaints with the U.S. Equal Employment Opportunity Commission (EEOC) or the state DFEH.

If harassing conduct is reported to an employer and the matter is not thoroughly and properly addressed, advice of counsel can be helpful. A chronology or log of the harassment and the evidence of the harassment will be helpful for any attorney you contact.

How common is harassment? Interestingly, the EEOC has found that workplace sexual harassment may be under-reported by as much as 75%. Common reasons for under-reporting are fear of retaliation, lack of knowledge about rights, and lack of trust in HR or government agencies.

In 2016, 16.6% of claims to the EEOC were made by men. Though sexual harassment claims are more likely to involve actions by males against women than women against men, the same laws and remedies against sexual harassment generally apply to all genders. Harassment can also happen among employees of the same gender, and men may claim reverse discrimination, although this charge may be difficult to prove.

According to the EEOC, men are more likely to stay silent about harassment than women. It may be harder for men to bring up sexual harassment, especially in a culture that assumes men should be happy if women are sexually harassing them. It could even be considered a sign of weakness for a man to complain about sexual harassment.

How Do the #MeToo Movement and the Law Impact Each Other?

The #MeToo movement has helped ease victims’ fears about speaking out about their harassment, including fears that no one will understand or that they will face retaliation. #MeToo has helped harassment victims connect with each other, develop courage to speak out, bear witness, and share resources. #MeToo has also leveraged public rage as a tool to stop many forms of abuse, underscoring the importance of being knowledgeable about the laws and understanding the standards of due process.

Due process guarantees individuals the right to be judged based on facts, not public opinion. Both victims and those accused deserve to be heard and have their stories investigated. All have the right to seek justice through mediation, arbitration, state or federal agencies, or court filings. Due process should give victims of sexual harassment a chance for both justice and healing. A day in court does not just bring the perpetrator to justice; it also provides the victim with recognition and validation of what she went through.

Even though it is a constitutionally protected right, due process in handling sexual harassment claims can be both difficult and very personal. We are fortunate to live in a time when important changes are happening in our society. We can only hope that these changes will finally lead to workplaces that are free of sexual harassment.