Spellbound the New Film From John Lasseter and Skydance Animation 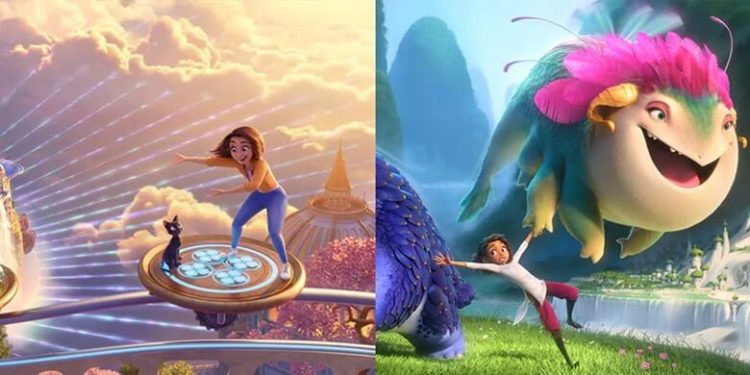 Skydance Animation is a newer animation studio led by John Lasseter. Lasseter was once Walt Disney Animation Studios’ Chief Creative Officer. He also served in this role at Pixar and was a big reason behind the success of the studio.

John Lasseter brings his many years of expertise to Skydance Animation. He has sought to create a studio that can attract some of the best names in the world to bring a high level of creativity to its animation. The studio has had many high-level hires in the realm of animation, and the studio was created to focus on the most original stories made with passion and care. The films, shorts, and series created by this animation studio are all made to touch the heart as well as to keep audiences highly engaged.

For his vast experience at the two largest animation studios in the world, John Lasseter has won two Academy Awards, and he has hired many other Academy Award winners. The studio is taking the world into animation’s future and engaging audiences around the world. He serves as the studio’s director and producer of a wide range of animated offerings.

With headquarters in both New York and Madrid, the studio has been well-situated to bring together a global group of creatives who can focus on original stories. The studio has put out the short Blush, and the feature animated film Luck.

The next to come from the studio is the film Spellbound, a musical animated film. Like the other projects from Skydance Animation, this film is intended for viewers of all ages. The highly original tale will delight audiences with its engaging story, interesting characters, and beautiful animation style. It also has a spectacular cast of celebrities chosen to voice the many unique characters.

Skydance Animation has already released two major projects that have been well-received by diverse audiences. Blush is a short created by the studio as something beautiful and poignant and, as always, extremely original. This lovely story is about an astronaut and horticulturist whose rocket crashes on what looks like a desolate planet. Soon, he meets an ethereal creature who can help him to move forward and to build a life right where he is. It became a beloved story for its beautiful art and its touching story, as well as its originality.

Luck was the studio’s first full-length film, and it has found its audience of fans who like the sweet animation and the heartfelt story. In this film, a girl who has the worst luck in the world travels to the Land of Luck to try to change it for the better. Her many unique companions bring a lot to the film, as does the all-star cast of voice actors. It’s a successful film that has a new story to tell, and it does it as only Skydance Animation can.

The next film from John Lasseter and Skydance Animation is Spellbound. This is another full-length animated film, and this one is a musical. It also has a celebrity cast of voice actors for the characters, and it tugs the heart as well as keeps the audience engaged with its fast-paced story. The main character, Princess Ellian, lives in a land that has been cut in two by a spell. She and her parents, the king, and queen of this land, journey out to break the spell and get their kingdom back. They also seek to save it from succumbing to eternal darkness. The film has a fun, original score and many great songs that people of all ages will be singing.