Story behind the Most Famous Japanese Katana Maker 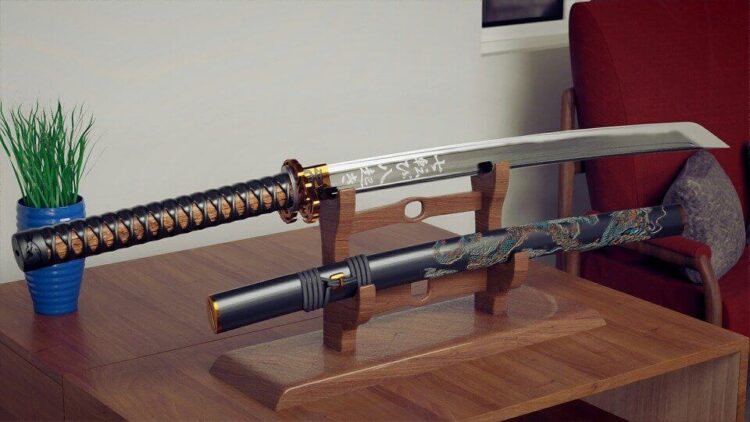 You may have seen katanas many times on the screen and fought many imaginary battles with a plastic samurai sword in hand. What do you really know about the Japanese samurai sword? The katana is a legendary sword with a history worthy discussion and praise. Keep scrolling to learn more about the story behind the most famous Japanese katana maker.

Amakuni – The Creater of First Katana

Even though there is no solid evidence to prove who improved the design of the samurai sword, the legend has it Amakuni was the sword smith who forged the first single-edge long sword with a curvature in Yamato Province around 700AD.

Amakuni saw a half of the samurai return from the battle carrying broken swords, particularly after engaging Mongolian intruders, driving him to upgrade the samurai sword with the goal that it would be almost indestructible. He constructed the katana with a curve with the best iron sand ore, making it ideal for cutting through the foe.

This is the story of the most revered sword makers: Masamune (Gorou Nyuudo Masamune) and Muramasa (Sengou Muramasa). Sometimes they are considered rivals, but these two did not live and work together during the same period.  Instead, their well-crafted Japanese katana and their status as master sword makers contribute to their story’s popularity. The swords of Masamune & Muramasa have survived generations in Japan. Let’s dig in and look at the story of these two men and stories related to their magical swords.

Masamune was a sword maker during the late 13th & 14th centuries. His work was known for the long katana blades he designed in his conventional style, even though no one knows the actual dates of his life, death, or even the most active years.

The method of blending and refining steels was unprecedented at that time. But now, it has become a common practice among top swords and knife makers. The edge applied to the sword made by Masamune was considered his trademark. The strength, durability, and hardness of his long katanas are impressive. These qualities of his craft made katana for sale. He was appointed by the Kamakura bakufu (feudal government) to make the (long katana) on contract. Many Masamune swords exit without name engraving can confirm their actual creator.

The most famous creation of Masamune is the Honjo Masamune. A katana appreciated and passed through the Tokugawa shogun family for generations.  It is known for its outstanding performance on the battlefield; the Honjo is remembered as one of the finest Japanese katana ever made. The hardness and sharpness of the katana are unmatched, making it the signature sword of the legendary Masamune forge.

Like the master Masamune, there is no historical certainty of Muramasa. It is an eye-opening fact that three generations of Muramasa masters trained and active around the 1660s and 1670s. The high-level samurai appreciated the quality and edged his characteristics “Muramasa-edge” and “Muramasa-tang” provided. The wave-shaped line with the edge matched both sides, making a complex yet beautiful blade. Muramasa tang was famous for giving a nice balance. His swords were taken by the Tokugawa Ieyasu, Mikawa samurai, and his ancestors. The Muramasa katana was the bearer of bad luck and general harm to the Tokugawa clan. His katana became the choice of weapon for enemies of the Shogun-government authorities.

Even though many people find these bad luck tales and curse silly today, Japan does not include a single Muramasa sword in the list of National Treasures. Even after a hundred years, reputations are tough to shake.

Masamune’s art has spread throughout the world, enticing the interest of historians around the globe. While his legend grows, many of his precious katana are remained lost.