The 7 foods most likely to make your pet sick 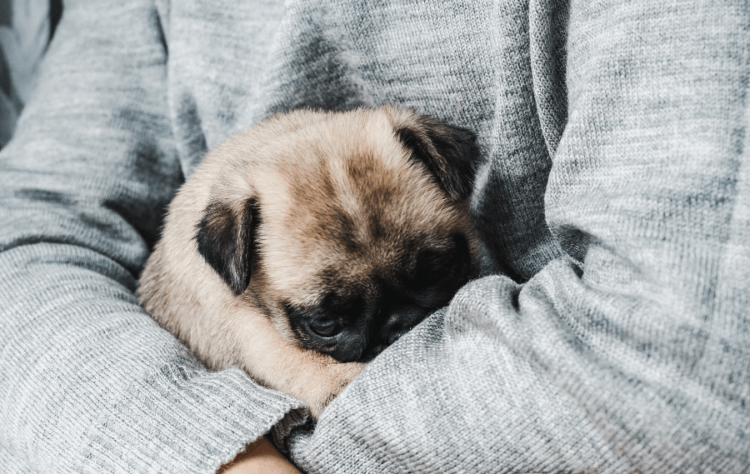 If you are a pet owner, you might have been tempted to spoil your furry family member with a treat from your plate. But before you do, make sure you’re not sharing one of the common foods that can cause serious, and sometimes fatal, medical problems for cats and dogs.

In a new review of studies, two animal health researchers in Italy drew up a list of the foods that are the most common culprits in pet poisonings worldwide.

“Several foods that are perfectly suitable for human consumption can be toxic to dogs and cats,” the researchers wrote in their review, published in the journal Frontiers in Veterinary Science. “The poisoning episodes are generally due to lack of public knowledge of the serious health threat to dogs and cats that can be posed by these products.”

Sometimes, owners give these harmful foods to their dogs and cats, but a lot of times, pets accidentally ingest these foods, which happen to be commonplace in homes. The researchers found that, in the past decade, reported cases of pet poisoning have involved chocolate and chocolate-based products, plant foods in the Allium genus (including onions, garlic, leeks and chives), macadamia nuts, Vitis vinifera fruits (including grapes, raisins, sultanas and currants), foods sweetened with xylitol (such as sugar-free chewing gums and cookies), ethanol in alcoholic beverages, and unbaked bread dough.

“While some foodstuffs, such as chocolate, have long been known to cause poisoning in dogs and cats, others, such as grapes, had previously been considered unlikely to cause problems, and have emerged as a potential concern only in the last few years,” the authors of the review, Cristina Cortinovis and Francesca Caloni, of the University of Milan in Italy, wrote in their paper. And as a result, poisoning cases have sometimes been wrongly diagnosed, they said.

In general, dogs are affected more than cats, in part because they eat pretty much anything, whereas cats are somewhat protected because they’re pickier eaters, the researchers found.

Click through for more on what’s known about foods that are toxic to dogs and cats, according to the review…

Chocolate has a dark side: Cocoa-based products are the items most commonly involved in food poisoning in pets, causing anything from mild problems such as tummy aches to seizures and death. These “poisoning episodes frequently occur around holidays, when there is a higher occurrence of chocolate products in the home,” the researchers wrote.

Chocolate contains two compounds that are toxic to pets: theobromine and caffeine, the researchers said. These compounds alter cellular processes and result in the stimulation of both the central nervous system and heart muscles. Depending on the type of chocolate (dark chocolate has more theobromine than lighter chocolate), one small piece can be enough to make a small dog sick.

Theobromine and caffeine are also found in other types of products. Poisoning cases have been reported after the ingestion of herbal supplements, garden mulch made of cacao bean shells, caffeine tablets and caffeine-containing bait, according to the review.

Initial symptoms often occur within 2 to 4 hours after ingestion and include restlessness, excessive thirst, urinary incontinence and vomiting. “Dogs can be in an excited state,” and have a fever or rapid heart rate, the researchers said. If the animal gets prompt treatment, it often can recover well, but delaying treatment can result in seizures, coma and even death from abnormal heart rhythm or respiratory failure.

The next most common toxic foods for pets are products sweetened with an artificial sweetener called xylitol. Xylitol is frequently used in products such as sugar-free gum, candy, bread and other baked goods. Xylitol is also found in dental care products (for both people and pets) because of its antibacterial properties.

“Dogs are the species at risk of developing severe, life-threatening clinical signs,” the researchers wrote. In dogs, xylitol stimulates the release of the hormone insulin, leading to a dangerous decrease in blood sugar levels.

Symptoms of xylitol poisoning may develop within 30 to 60 minutes of ingestion, but they also may occur up to 12 hours later. These symptoms include vomiting and signs of hypoglycemia (low blood sugar), such as lethargy, inability to control movements, collapsing and seizures.

Plant species in the Allium genius — such as onions, chives, garlic and leeks — often make dogs and cats sick. These common ingredients contain compounds called organosulfoxides. When the animal chews the plant, the organosulfoxides are converted into a complex mixture of sulfur compounds, which can cause the animal’s red blood cells to break down. If the dog or cat ingests even just a piece of an onion (specifically, 5 grams of onion per kilogram of body weight for cats, or 15 to 30 grams per kg for dogs), it can cause dangerous changes to their blood.

According to the review, between 1994 and 2008, there were 69 reported cases of dog poisonings and four cases of cat poisonings from Allium foods. The cases included a range of different foods: raw and baked garlic, Catalan spring onions (commonly known as “calcot”), onion soufflé, butter-cooked onions and steamed dumplings containing Chinese chives. Onions and other Allium plantsmaintain the compounds that cause their toxic effects even after being cooked or dried, the researchers added.

Usually, cats and dogs ingest these foods accidentally, but there was one reported case in which an owner intentionally fed a dog a large quantity of raw onions. While some pets may not show any symptoms after ingesting Allium foods, there have been cases of fatal poisonings.

Symptoms of Allium poisoning may appear a day or several days after consumption, depending on the amounts ingested. Common initial signs include vomiting, diarrhea, abdominal pain and loss of appetite. The affected animals develop anemia, and show symptoms such as weakness, rapid breathing, high heart rate, pale color in mucous membranes and reddish or brown urine.

Ethanol, or alcohol, poisoning in small animals generally occurs when an animal accidentally ingests an alcoholic beverage. However, cases of alcohol poisoning in dogs have been reported after dogs have ingested rotten apples, sloe berries used to make sloe gin, and uncooked bread and pizza dough, all of which contain the compound.

When pets digest ethanol, it gets rapidly absorbed from the gastrointestinal tract and reaches the brain, just as it does in humans. Within an hour, the animals may show depression, loss of movement control, lethargy, sedation and high body temperature. Animals may go into a coma and develop a dangerously slow breathing rate. In most of the reported cases, the affected pets recovered after receiving treatment and supportive care.

Ethanol isn’t found only in foods and beverages, however. Paint and varnish, medication, perfume, mouthwash and certain types of antifreeze also contain the compound.

Grapes, raisins, sultanas and currants in both raw and cooked forms (including those found in snack bars and baked goods) have been reported to cause kidney failure in dogs. However, not all dogs have the same reactions to these foods, according to the review.

In a recent study that looked at 180 case reports involving dogs’ ingestion of grapes and related fruits, some animals didn’t show any symptoms after eating 2 lbs. (0.9 kg) of raisins, while others died after eating just a handful. Dogs that develop symptoms may show signs such as vomiting, diarrhea, loss of appetite, lethargy and abdominal pain within 24 hours of ingesting the grape products.

Hops are commonly used for brewing beer, and have become more of a risk to pets as more and more people pick up home brewing as a hobby, according to the review.

Hops contain a variety of compounds — including resins, essential oils and tannins — which can lead to fever when pets ingest them. Other symptoms include anxiety, rapid heart rate, panting, vomiting, abdominal pain and seizures. The affected animals may show symptoms within hours of eating hops. The risk of death can remain high even after the animal is treated for fever.

Macadamia nuts are popular and healthy snacks for humans, but they can poison dogs. It’s not clear how much of these nuts, when ingested by dogs, can cause serious problems. However, some reports indicate that the ingestion of as little as 0.7 grams per kg of nuts is enough to cause symptoms.

Symptoms of macadamia-nut poisoning develop within 12 hours and may include weakness (particularly hind-limb weakness), vomiting, inability to control movements, shaking, fever, abdominal pain, stiffness and pale mucous membranes. Macadamia-nut poisoning may not be very common, but in just five years, more than 80 cases were reported just in Queensland, Australia, a major area for macadamia-nut cultivation. No pet deaths resulting from macadamia-nut ingestion have been reported to date, and animals are expected to fully recover within a day or two with minimal treatment, the researchers wrote.