The Best Weapons for Druids in WoW Classic 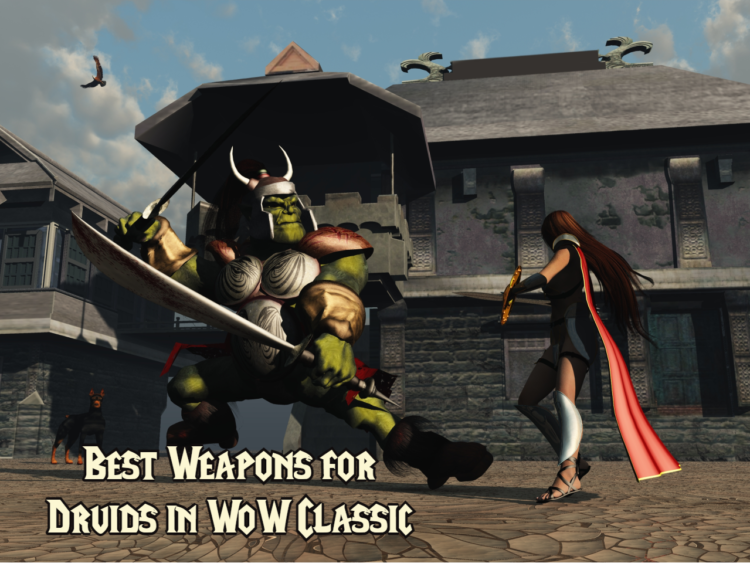 With the Druid being dependent on its gear, players will have to make sure they have the best in-slots and items first before marching into a dungeon.

The Druid is a rather versatile class in the World of Warcraft Classic. During the start, they’re able to wield melee weapons, but in time they can learn how to use the other weapon types in the game from the Weapon Masters that are scattered around the in-game world. Simply put, Druids can do everything that other classes are capable of. The flexibility of the class is intriguing to some while others are put off by the constant barrage of comments that are saying that the Druid class is merely mediocre. While that may be true in some cases, it’s important to know which weapon and gear should be paired for a class, not just in the case of the Druid. If done right, Druid players can heal, tank, and do DPS just fine in every type of situation. Heck, they can even do all of the other PvE and PvP roles if they come up with a hybrid build. Let’s not forget that the meta always shifts, resulting in a class not being “broken” or “useless” for long periods. To come up with the best builds for the Druid class, players will first have to take note of the weapons that they have to look out for first. Note that some of the weapons that will be listed may cost a lot of WoW Classic gold, so be sure to stock some up inside the WoW Classic bags that can easily be found in stores or shops.

Players can’t go wrong with getting either the Claw of Chromaggus or the Tome of Arcane Domination if they’re planning on going with a balanced Druid build. To get the Claw of Chromaguss, players must first kill the Chromaguss that’s situated in the Blackwing Lair, whereas to get the Tome of Arcane Domination, they must first reach exalted through the Alterac Valley reputation. Now, both tasks are extremely challenging and aren’t something that anyone can tackle with ease, but that’s the only drawback for these weapons–they’re both hard to get. But besides that, they’re crazy powerful, don’t cost a lot of WoW Classic gold, and will serve the players that have them for months to come even after a couple of updates pass by.

The Manual Crowd Pummeler is the must-have weapon for players that utilize a Feral DPS Druid build. The best part is that it’s not that difficult to acquire at all! Players can simply kill a bunch of Crowd Pummeler 9-60s in Gnomeregan and be done with it. While the weapon it’s as amazing as the others that are on this list, its uniqueness lies in the fact that it has a unique effect that lets players attack 50% faster for a duration of 30 seconds. Players usually farm multiple Manual Crowd Pummelers since it only has three charges per person, but at the very least, it is a low-level rare weapon that’s accessible.

The Druid class is one of the most efficient healers in all of the World of Warcraft Classic. Plus, they also occupy some niche roles that other classes can’t replicate. Some would even argue that they’re the most fun of all the classes in the game! The Druid is a class that’s able to jump in every situation, whether it be for tanking, healing, or dealing damage. Perhaps the only downside to the class is that the Druid tends to be dependant on the set of weapons that they have. In shorts, the players will need a lot of WoW Classic gold if they want to have a decent Druid build. What do you think of the weapons for the Druid? Let us know your thoughts below.