The Quantum Internet is Coming 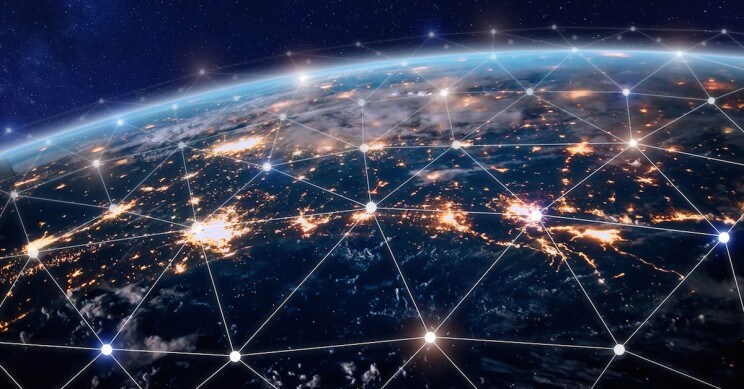 “The construction of the nation’s first Quantum Internet will open new possibilities in science, strengthen our national security, and open a world of opportunities in communications, innovation, and technology.” – Secretary Dan Brouillette of the Department of Energy (DOE)

The above statement was given by the Secretary of the Department of Energy concerning the evolution of the Quantum Internet. While the majority of the world is still unaware of the scope and development of Quantum Computing, the researchers and scientists, on the other side, have successfully paved the way for the development of Quantum Internet in real-world aspects.

The idea of Quantum Internet may seem like a sci-fi concept to ordinary people. But, it is pretty opportunistic in today’s world of digitalization and rapid infusion of quantum applications in different industries worldwide. So, here we will learn something valuable about Quantum Internet and its scopes.

In a general sense, quantum internet is mainly related to quantum applications used in different industrial sectors. A quantum network lets the exchange of information between other quantum devices within a specific environment limit adhering to the quantum mechanics law. Simply put, the implementation of quantum networks between quantum devices has the undetermined capability to perform the complex and unimaginable tasks that today’s standard communication networks cannot fathom.

For information exchange with quantum networks, quantum internet cable is crucial to produce qubits when sending data across multiple quantum devices. And note that in this whole process, individual quantum states are required. Instead of using the classical internet channel, using a quantum channel to send qubits via quantum internet is highly effective in leveraging the quantum states of separate particles.

The scope of evolution and usage of a quantum internet is so high that it can be applied only as a specialized branch of the internet to accomplish highly complicated tasks using quantum computing.

As mentioned above, quantum internet is identified as a specialized branch of the internet. So, as per the latest report done by Accenture, quantum internet has three relevant areas with immense quantum communications opportunities.

Quantum computing is a sensitive concept, no matter how unprecedented its capabilities are. Quantum sensing provides high accuracy of sensitive measurements along with broad scope to measure things or aspects that classical computing can never measure. Along with quantum networking, quantum sensing can help achieve feats never attempted before. For example, scientists and researchers can observe, measure, and analyze undetected activity way down the earth’s surface. This benefit of quantum sensing could help in improving the warning systems for natural threats like earthquakes and volcanic eruptions.

As per the prediction of the qubits creation through the quantum networks, it is impossible to disturb the flow of qubits in the quantum environment as they are immune to external interruptions in a quantum state. Attacks on quantum networking are impossible due to exchanging information in qubits. Therefore, quantum networking holds immense possibilities for secure quantum communication with no potential risk of hacking or other cybercrimes. One can worry-free transmit information via quantum communications, whether financial transactions or confidential health data.

In a classical computer, the computer’s power is proportionate to the limit of the central processing units. But in quantum computing, the power of the devices grows exponentially with the amount of qubits processing. Quantum internet hardware is essential to developing a secure quantum internet connection. This will enable the users to solve more complicated and more extensive problems, including designing new materials, discovering new drugs, and molecular simulation. Simply put, quantum internet strengthens the usability and capability of quantum computing.

The Quantum internet will enable countries with significant advantages in commercial and geopolitical aspects. Although the elements of quantum networking are still in talks, it is the new future for developed countries and different industries that requires the benefits of quantum computing and quantum internet. Quantum communication and qubits might just become the new fundamental basis for internet channels in the far future.