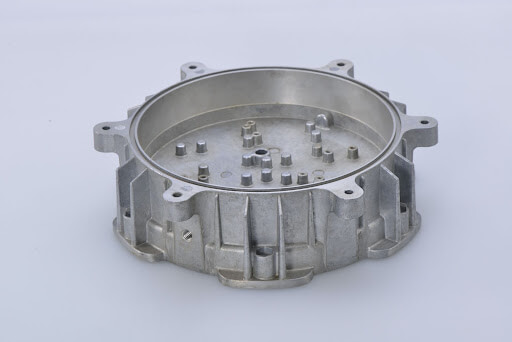 Die casting is a metal forming method that forms parts by injecting molten metal under high pressure into a mold. The process has many advantages, including the ability to produce complicated shapes and large quantities of relatively inexpensive parts. It is used in the automotive industry for various common parts such as gear shift knobs and brackets, suspension components, brake calipers, and engine blocks.


The die casting process begins by creating a die, which is a metal mold into which the molten metal will be injected. The die is machined from a solid piece of steel and typically has several intricate parts that must be precisely aligned in order to produce a part with the desired shape and dimensions. The die is then secured into a die casting machine , which resembles a drill press and has a reciprocating plunger attached to a hydraulic cylinder. When the metal is injected into the mold, the pressure from the plunger forces it through openings in the sides of the mold called gates, which feed all parts of the cavity.

There are several types of dies that are used in die castings. The most popular of these is the single-cavity die, which is used to produce parts with a simple design. Parts that have more than one or two pieces may require several cavities or molds.


The mold cavity is filled with molten metal and aluminum has been used for this process the most often. The molten aluminum is injected into a mold cavity through a sprue bushing. The hot metal then flows around all of the cavities and undercuts that are in place to create the part.

The aluminum solidifies as it cools, and it creates a solid piece that can be ejected from the die after this process has been completed.

The aluminum parts are then cleaned and painted, if this process is required. This is because many of the aluminum automotive parts will not require painting. Once this process is complete, they can be shipped to their final destination or installed in a vehicle directly. Die-cast metal components typically meet high standards for performance characteristics like stiffness, dimensional stability and impact strength.

The automotive parts die casting is a popular option because it allows for the production of high volumes of intricate parts quickly and efficiently. The process is also very reliable, which contributes to the high quality standards that are often associated with die cast products. Die casting can be used to produce a variety of automotive parts, including engine blocks, transmission housings and wheel hubs.

A single cavity die cast mold is typically used for this process. Aluminum alloys are the most popular materials used for this process because they are generally inexpensive, durable and easy to work with. Parts that have more than one or two pieces may require several molds. Aluminum is injected into the mold cavity through a sprue bushing. The process of die casting can be used to produce parts with intricate details which makes it an efficient choice for automotive parts.